Email ThisBlogThis!Share to TwitterShare to FacebookShare to Pinterest
Labels: A Touch of Darkness, Gods of Jade and Shadow, Mini Thoughts, The Arctic Fury

If you've been reading this blog for a while, you'll know that I enjoy a good retelling. While I love reading a reimagining of a familiar story, it's also fun to learn about other cultures, so I'm excited to be a part of the blog tour for These Feathered Flames by Alexandra Overy. Big thanks to Inkyard Press for having me!

This is a retelling of the Russian folklore, The Firebird, and it follows two sisters who are heir to their lands and whose fates have been decided since they were very young. One is kept at court and trained to learn all the skills needed to become the future Queen, while the other is taken away to learn magic from her mysterious aunt knows as the Firebird. Each girl will have to come into her own power and navigate court politics and decide who to trust, who they can love, and most importantly, who killed their mother.
You can check out an excerpt from the book below!
Read more »
Posted by Heather at 8:00 AM 1 comment:

To Love and to Loathe Review

Hello, all!
I read To Have and to Hoax by Martha Waters last year (review here) and immediately fell in love with her characters, so when I saw that she was coming out with a companion novel, To Love and to Loathe, I was all about it. I mean, it's an enemies-to-lovers historical romance, so really, what is there not for me to love? Big thanks to the publisher for the copy!
Lady Diana Templeton and Jeremy, the Marquess of Willingham, have been at each other's throats for most of their lives. They are well-known in society for their verbal sparring matches (and flirtations), and each takes pride in being able to one-up the other. During one such argument, Diana challenges the rakish Jeremy to find a wife within a year or she'll forfeit a hundred pounds. Thinking she has this bet in the bag, Diana is thrown for a loop when Jeremy approaches her with a very different proposition.
Jeremy has always had a way with the ladies. He's never been shy about his bedroom activities, but after his latest partner implied he wasn't as talented as he thought, he seeks out the one person he knows will always be brutally honest: Lady Diana. As the pair are about to spend time at a house party, he suggests that they use this opportunity to test his prowess in the bedroom. She can give him an honest critique of his abilities, and the gossip they'll churn up will show to other gentlemen that the widowed Diana is interested in taking up a lover. Believing this will be the perfect way to ensure she wins their bet, Diana agrees but quickly learns that it's not only money on the line but her heart as well.

Like I mentioned, I was really looking forward to this and it was so much fun. Waters has such a way of making slightly messy/petty characters so entertaining and investing. I'm always a sucker for a hate-to-love romance, so I was completely hooked on Diana and Jeremy from the very first page. Their bickering was delightful and you could feel the tension between them increasing with every teasing comment. There were so many times I found myself smiling or laughing at their antics. Though I will admit, Diana did get on my nerves slightly at times just due to her scheming/manipulations. There were also some moments where I found the writing to be a bit repetitive, but not enough to diminish my enjoyment. Overall, this was a solid follow-up and I can't wait to see where this series goes next.
Rating: 4/5
Posted by Heather at 8:00 AM No comments:

Email ThisBlogThis!Share to TwitterShare to FacebookShare to Pinterest
Labels: book reviews, Martha Waters, The Regency Vows series, To Love and to Loathe

Hello, all!
You all know by how much I love a historical fiction and books about books. When you mix the two together, it's an instant winner in my book. I'm so excited to be a part of the blog tour for The Last Bookshop in London by Madeline Martin. Big thanks to the publisher for having me!
This is set during WWII and it based around the true history of the handful of bookshops that survived the Blitz. It's all about wartime hardships, loss, love, and the healing power of books and literature. For my part of the tour, I'm sharing with you all an excerpt. Hope you enjoy!
Read more »
Posted by Heather at 8:00 AM No comments:

Now that the weather is starting to turn a bit warmer, I tend to pick up more contemporaries. Twice Shy by Sarah Hogle was actually on my Most Anticipated Releases of 2021 list last year, so massive thanks to the publisher for sending me a copy! (Also, randomly, every time I see this title I just start singing "Last Christmas", please tell me I'm not the only one.)

Maybell Parrish has always lived with her heart on her sleeve. She's not one to rock the boat and is never one to make a scene. She much prefers to spend her time daydreaming about her make-believe café than cleaning up vomit in the hotel she's spent the majority of her adult life working at where she is vastly under-appreciated. Maybell has dreamt of striking out on her own, but the thought terrifies her. So when Maybell inherits her great-aunt Violet's manor house in the Smokies, she takes this as the universe telling her to finally take a chance.

When Maybell was younger, she spent a glorious summer at Falling Stars with Violet and her husband. As a kid who spent most of her time couch-surfing with her mom, a place to call home and people to care for her was all Maybell could ever want. Maybell expects to find the safe house of her dreams, but what she gets is a nightmare. The manor house is falling apart and chock full of garbage, but the worst part? Maybell isn't even the sole inheritor, she has to share everything with the grumpy groundskeeper, Wesley Koehler. The pair butt heads immediately over their differing opinions on what the property should be turned into and refuse to compromise. That as well as a list of last wishes left behind by Violet lead to some tension that doesn't sit well with Maybell, the perpetual people pleaser. Determined to make this situation mutually beneficial, Maybell slowly starts to chip away at Wesley's frosty exterior and is pleasantly surprised to find a soft heart hiding behind all his scowls.

This is the book equivalent of a warm hug and made me feel all fuzzy inside. The characters were so easy to fall in love with and made this shine. Maybell is charming and a little quirky and Wesley is my favorite trope of a grumpy character who is secretly a sweetheart inside. I found myself relating to both of them in different ways which kept me invested in what was happening. You find they have an interesting sort of history together due to a terrible prank Maybell's friend pulled on her that I thought would've played more into the plot than it did, but it ended up being more of a footnote. There were other aspects that I thought would be more in the forefront as well, like the majority of turning the house into the hotel/animal sanctuary, but it almost felt like an afterthought. The little snippets we did get of them working on the house were cute, like with the mural they painted. Despite that, I was still fully invested in this and thought Hogle did a wonderful job creating a relationship that felt real and mature. If you prefer your contemporaries to be more romantic and less steamy, this is the one to pick up.
Rating: 4/5

Hello, all!
I haven't seen a lot of talk around The Snow Child by Eowyn Ivey, which is a shame because it's fantastic.
After suffering a miscarriage, Jack and Mabel pack up their lives and leave the East Coast for the wilderness of Alaska looking for a fresh start. The pair weren't prepared for the hardships homesteading brings, and soon they start drifting apart: Jack, from the back-breaking work of keeping up the farm, and Mabel from the heartbreak she feels. Then, in a moment of pure joy during the first snow of the season, Jack and Mabel make a child out of snow. By morning the snow child is gone, but small tracks lead away from it, and soon the two start seeing flashes of a little girl running through the woods.
Neither one wants to admit to what they're seeing, but still, go out of their way to track down this mysterious girl, but every time they get close, she runs away. Until one day, she comes to them. Faina seems to be of another world. She has branches in her hair, hunts with a red fox, and is never bothered by the cold. As Jack and Mabel try to understand who she is and how she came to be, they grow to love her as a daughter. But they soon discover things aren't always as they seem, and despite all the happiness Faina has brought to their lives, keeping her for their own may cause more harm than good.

This book is so much more than a fairy tale retelling. It touches upon sadness, loneliness, grief, survival, but also hope and the strength of family. I enjoyed seeing Jack and Mabel grow from their pain, and how this strange little girl helped open their hearts back up to love. Faina is such an interesting character, but at times came off a little too aloof where it was hard to fully connect with her. Which is understandable given the type of character she is, but I still wanted a bit more. Aside from the characters, Ivey does a beautiful job at setting the scene and making you feel as if you're in the Alaskan wilderness. This is definitely a sadder book, but it made the story feel more grounded and real. In some ways, this felt like winter: it was bleak and gray and cold, but there's a warmth to it if you know where to look.
Rating: 4/5
Posted by Heather at 8:00 AM 4 comments:

Hello, all!
Seems my streak of picking up lackluster books continues. Like last month, there were a few standouts, but overall my reading was still just pretty blah. 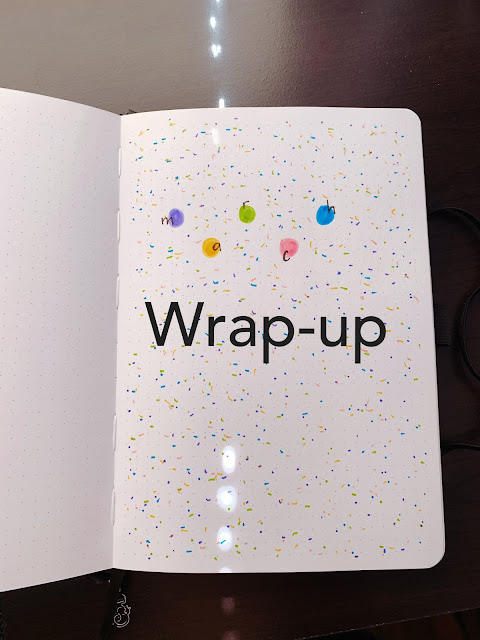 The Ladies of the Secret Circus- Constance Sayers; 3/5
Crescent City: House of Earth and Blood- Sarah J. Maas; 5/5 (re-read)
Call Me By Your Name- Andre Aciman; 3.5/5
A Certain Hunger- Chelsea G. Summers; 2/5
You Had Me at Hola- Alexis Daria; 3/5
The Divines- Ellie Eaton; 2.5/5
Gods of Jade and Shadow- Silvia Moreno-Garcia; 4/5
Lifestyles of Gods and Monsters- Emily Roberson; 4/5
Twice Shy- Sarah Hogle; 4/5
84, Charing Cross Road- Helene Hanf; 5/5
Some favorites were: The Nightingale (oh, how this wrecked my heart), To Love and to Loathe, and 84, Charing Cross Road. Some least favorites were: A Certain Hunger, Bruised, and The Violent Delights.
How was your reading month? What was your favorite/least favorite?
Posted by Heather at 8:00 AM 2 comments: