If you couldn't tell by now, I love me a good subscription box. I've been getting the OwlCrate one for a while now, but I'd always been interested in the FairyLoot one as well, so I thought it wouldn't hurt to check it out. The theme for this box was Mutinous Pirates, and I've gotta say, I was pretty impressed with what they sent. 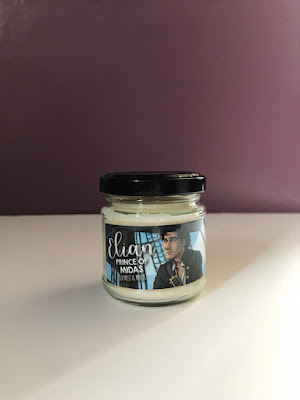 The first thing I pulled out was this candle designed by Nerd Poured Candles inspired by To Kill a Kingdom by Alexandra Christo. I'm usually not that big of a fan of musky sea scents, but this is actually pretty nice. 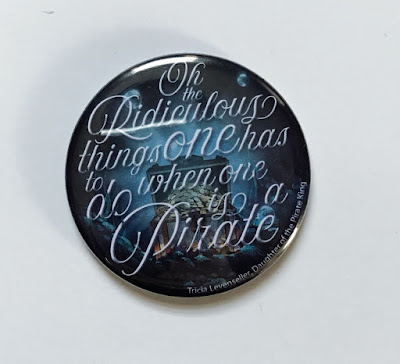 This is a fun magnet by Miss Phi based off Daughter of the Pirate King by Tricia Levenseller. I love the colors and the subtle little treasure chest in the background. 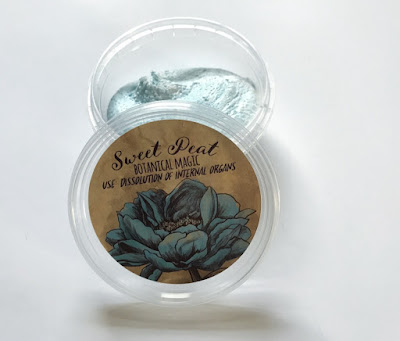 I think this was by far my favorite thing in the box. It's a little pot of sugar scrub by Geeky Clean based upon the book of the month, and it has such a lovely sweet scent. It reminds me of sweet pea from Bath and Body Works and I love it. 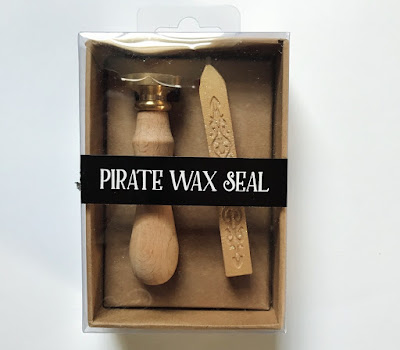 This pirate wax seal was a FairyLoot exclusive and I'm not really sure when I would use this, but it is pretty cool. The seal itself is the typical pirate skull and crossbones, and I know it was going for the whole swashbuckling thing, but it's totally giving me Game of Thrones vibes. 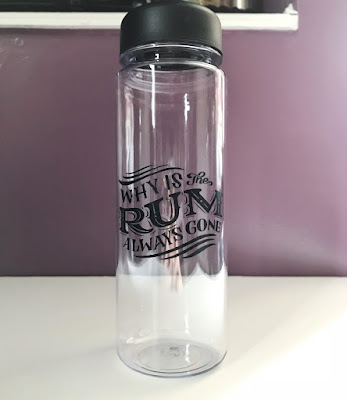 You can't have a box about pirates and not include something Captain Jack Sparrow related. This water bottle was designed by KDP Letters and I love it. It's a nice size so it's not too bulky to carry around and I really like the lettering on it as well. 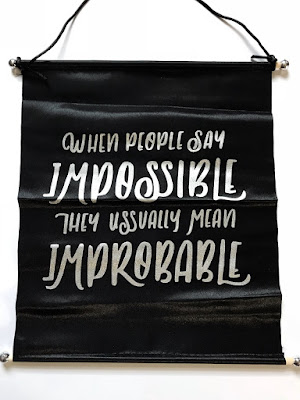 This is a lovely hanging print by Reverie and Ink based off a quote from the Shadow and Bone trilogy. The material is very silky and I love the silver writing on the black background. Unfortunately, there is a typo on it, but the FairyLoot team is sending out replacements which is nice. 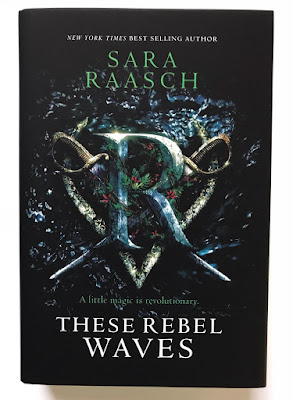 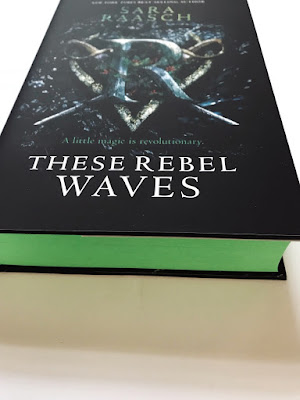 The book they sent out was These Rebel Waves by Sara Raasch. This story, inspired by the Spanish Inquisition, is filled with adventure, magic, deception, and conspiracies. I've actually not heard much about this book, so I'm interested to see how it plays out. I'm really diggin' the neon green sprayed edges though.

I'm not sure if I'll be subscribing to this box or not. I think the things they sent were pretty cool, but it comes from the UK so it was a bit pricier shipping wise than the OwlCrate one. It might just be one I treat myself to every once in awhile!
Posted by Heather at 12:12 PM No comments: 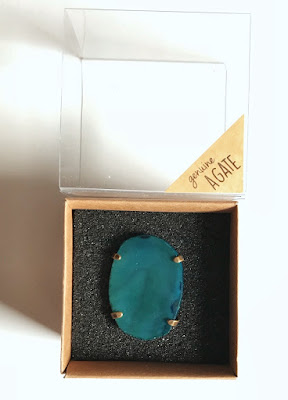 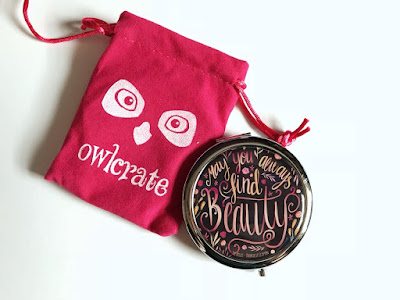 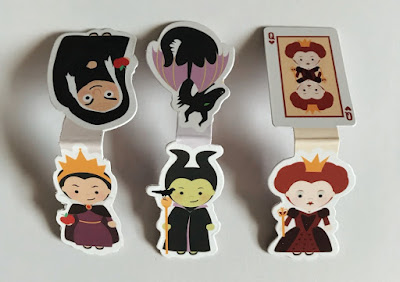 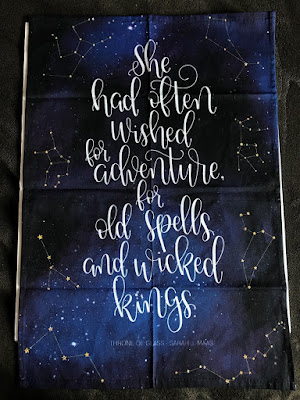 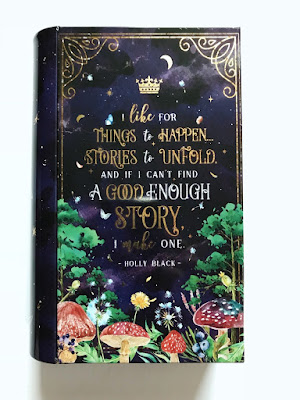 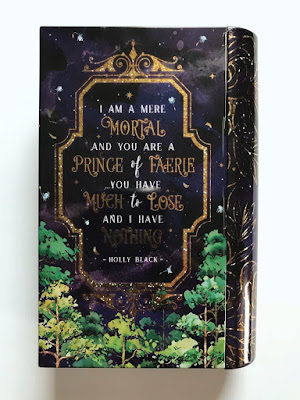 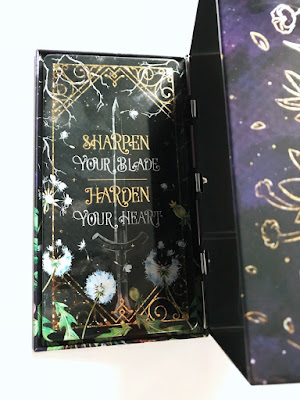 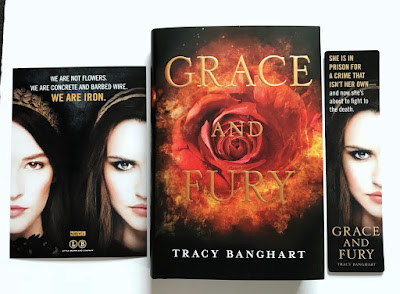 I love Funko Pops. I already have a decent collection of them, but there are still certain characters that I wish that they'd make. Funko seems pretty good about diving into cult favorites and turning them into cute little figures, so these are just a few characters that I've been holding out for.

1. Clue: Clue is my absolute favorite movie. I just love how campy and funny it is, and I've been dreaming of seeing a little Mrs. Peacock or Colonel Mustard in Funko form for ages now. I feel like this movie especially has a massive cult following, so I'm hoping it'll just be a matter of time before these become Pops.

2. Spaceballs: This is another one of my favorites. I think Darth Helmet is already the perfect design for a Pop and I can envision the Funko special edition of the Alien chestburster with a little top hat and cane.

3. Spice Girls: C'mon people of the world, it's time to spice up your Pops. I vividly remember playing with my Spice Girls dolls while watching a pay-per view of one of their concerts, so for the love of God I need these to be made.

4. Bill Nye: BILL BILL BILL BILL BILL! Consider the following and imagine that little bowtie and blue lab coat in Pop form. They've made directors and athletes, so why not a beloved children's science teacher?

5. Killer Klowns From Outer Space: Aside from Army of Darkness, this is my favorite horror movie and I already have an Ash Williams Pop, so I need to add in some creepy clowns! All of the space clowns in this movie are so colorful and wacky that I feel like they'd make the funnest looking toys.

Pull up a chair, pour yourself a cuppa and let's get into some books. These two books are both anthology books, meaning they each are comprised of a bunch of different stories by different authors, but are all along the same theme. One of these I really liked and the other was just pretty meh. Both were provided to me by the publishers through Netgalley in exchange for honest reviews, so a huge thank you to them. 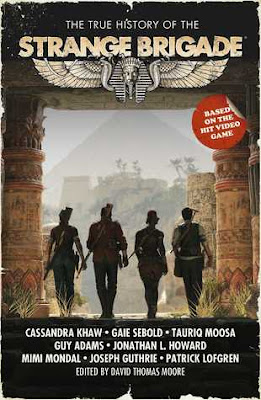 The True History of the Strange Brigade: This book goes hand in hand with a video game called Strange Brigade and it basically tells the story of how this group of people came to work together. The Department of Antiquities, also dubbed the "Strange Brigade", is tasked with going up against the supernatural and evil that threatens our world. Each of these 8 stories focuses on a different member of this mysterious government group and how they were inducted into the organization. The book kicks off with a bang, literally, with the story of Gracie Braithwaite, a young woman in England who goes to work in what she believes is a normal run of the mill factory, but in reality, is a den of human-skinning demons. So, she does what any sane person would do in that situation: blows the whole sucker up. Thus, her place in the Strange Brigade is solidified. After that, the stories seemed to go downhill in my opinion. The next story, following a mind parasite which leads to obedient, meek, hive minded individuals was pretty interesting (very Invasion of the Body Snatchers-esque), but the rest of the stories just bored me. You had ghouls, pterodactyls, a vengeful tiger goddess, all the makings of what could've been really interesting stories, but they all just hit below the mark. It got to the point where I was just reading them to finish the book because I'm not one of those people who can leave a book unfinished. I was hoping for a lot of Indiana Jones-meets-Supernatural vibes, but really I got a lot of stories about people trekking through jungles with a dash of something unnatural going on.

Toil & Trouble: 15 Tales of Women and Witchcraft: I was beyond excited when I was approved for this because I've wanted to read it from the moment I heard about it. I'm so pleased to say it was even better than I expected. I freakin' loved it. I've always been into witches, and anything that name drops Willow from Buffy and Sabrina (as in, the teenage witch) in the description is something I can totally get behind. Plus, the cover is gorgeous as well. All 15 stories in this collection range from historical to contemporary to dystopian, and all feature strong, powerful witchy heroines. As if that wasn't enough, they are also a brilliant mix of race, religion, orientation, sexuality-- I mean, the representation and diversity included in this book is off the charts, it's amazing. Each author brings their own light and life and voice to these stories. And yes, these are all stand-alones, but they all flow together so nicely. There were a few which I thought were cream of the crop (The Gherin Girls; The One Who Stayed; Why They Watch Us Burn) and some I thought were just ok (Death in the Sawtooths; The Well Witch; Afterbirth), and one I even felt had a bit of a Three Dark Crowns sister-against-sister vibe (Beware of Girls with Crooked Mouths). Despite some not being as gripping as others, each story in this collection is about a girl/girls coming into their own and learning who they are and the powers they possess. These are stories of revenge; stories of love; stories of healing; stories of sisterhood. These diverse stories are so refreshing and unique, and are being told from such different, modern perspectives. I cannot recommend this one enough.
Posted by Heather at 10:47 AM No comments: