If my last post wasn't indication enough, I love myself a subscription box. I also love Stranger Things, so when I saw a post on Instagram about a company doing a whole themed box around the Netflix show, I knew I just had to get it. 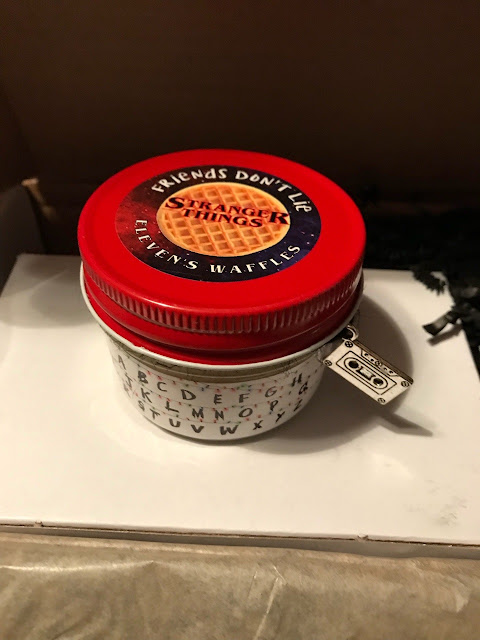 The first thing I pulled out was this Eleven's Waffles candle by Whiskey Diamond Candle Co. Naturally, it smells just like a stack of waffles doused in maple syrup. It also has a cute cassette tape charm bracelet as well as the alphabet and string lights Joyce uses to communicate with Will in the Upside Down. I have to admit, I wasn't too psyched on this only because I'm not a fan of the smell of maple, but the candle itself is really nice. 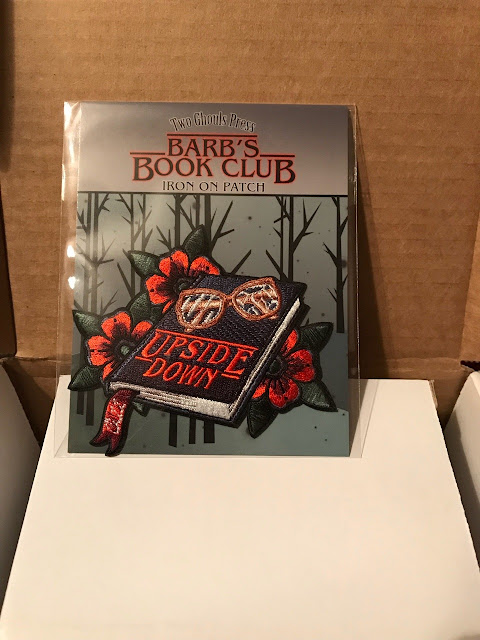 I may not be a fan of maple, but I am a fan of patches and this one was right up my alley. The patch is by Two Ghouls Press (which is also one of my favorite shops for patches/pins, by the way) and reminds me of old school traditional tattoos and I'm all about it. Justice for Barb, always. She deserved better. 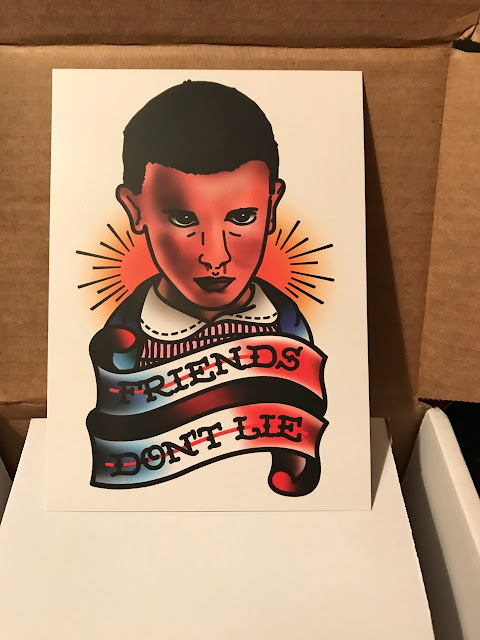 Ohhhhhh, maaaaaaaaaaan. I was hyped on this Eleven print by Davis Ride Prints. Again, I'm totally into traditional tattoo flash style artwork and Eleven is just so badass. This was definitely my favorite thing in the whole box and I can't wait to frame it and hang it on my wall. 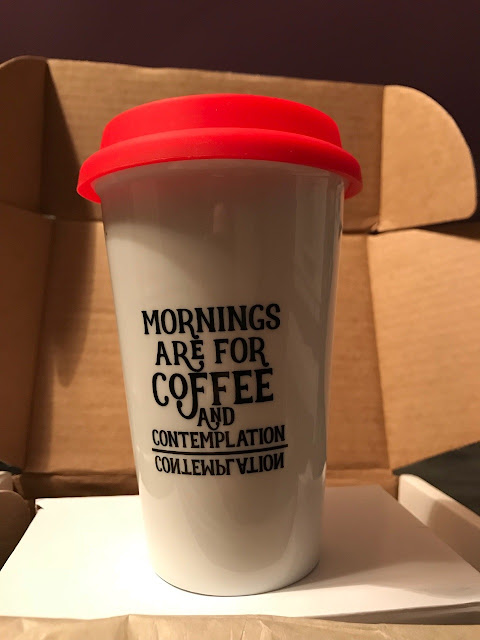 Next up was this tumbler designed by the Bookish Shop featuring the oh so relatable quote from Chief Hopper. I was really impressed with the quality of this tumbler; it's a decent size and a nice sturdy ceramic. It has one of those lids that you just push down into place, and usually those make me really nervous because I've had my fair share of hot beverages down the front of the shirt when the lids aren't fully closed, but this one seems like it may not have any issues (fingers crossed.) 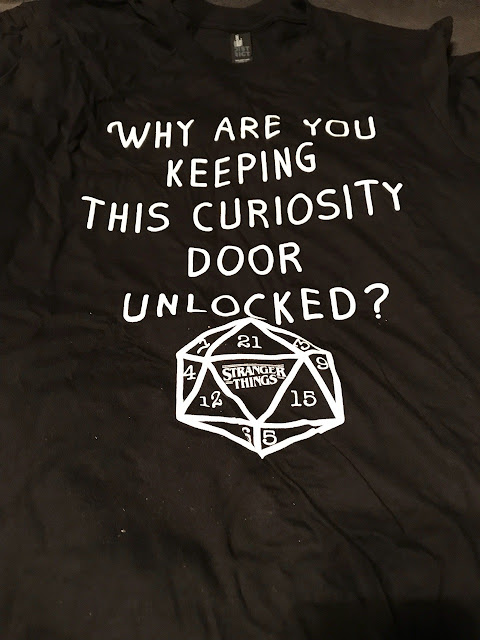 Lastly, was this shirt again designed by the Bookish Shop including a sort of quote by Dustin. I say sort of because the quote is wrong-- he says "locked" rather than "unlocked." I thought maybe it was a misprint, so I reached out to the company but they say that it was intentional and something to do with their take on the Upside Down. I don't like it. I don't remember seeing anything in the promotions of this box that stated they were going to be misprinting anything, and there wasn't a disclaimer or anything in the box to let you know the shirt is intentionally wrong, so I really didn't get it. Call me crazy, but I don't like wearing things if they're wrong, so this isn't something I'll be using.

I had really high hopes for this box, but when I received it, it just left me kinda meh. That's not to say that I didn't like the items, in fact I did love 3 out of the 5 products in the box, it's just the candle and the shirt aren't really my taste. But you better believe I'll be curled up with that tumbler binging the whole second season when it comes back to Netflix next month.
Posted by Heather at 6:34 PM