You know how much I love a list, so I thought it'd be fun to break down some of my favorite things recently. 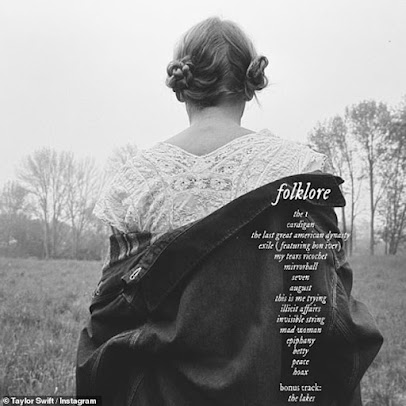 Folklore- Taylor Swift: I’ve pretty much had this on constant repeat since it came out, and it gives me all the fall vibes. The ones I’ve been playing the most are: “Invisible String”, “August” and “My Tears Ricochet.”
“Chew on My Heart”- James Bay: What an earworm this is! I dare anyone to listen to this and not have the chorus stuck in your head for days. It’s such a jam.

“Dead Horse”- Hayley Williams: I have to admit, I wasn’t fully sold on this solo debut, but I do really love this song. Just like the James Bay one, it has such a catchy hook that I can’t help singing along.
Watching:

Cursed: I recently finished this and absolutely loved it. I'm a big fan of shows/movies/etc that take historical/mythical elements and turn them into something new and fresh. The magic in this was so interesting and I loved all the complex political and religious elements. It was also a fairly true adaptation from the book which I appreciate.The Umbrella Academy, Season 2: I like the Umbrella Academy graphic novels, but I love the show. This season dealt with some serious issues, such as race relations in the 1960's South, but the humor was still there as well. And, of course, there was another dance scene which I loved almost as much as "I Think We're Alone Now" from the first season.Avatar: The Last Airbender (Re-watch): I’m slowly making my way through this again. I’m currently in the middle of season 2 and loving it just as much as if it were the first time seeing it. I also heard The Legend of Korra is coming to Netflix soon, which I’m pumped for since I’ve never seen it before.
Loving Misc.: 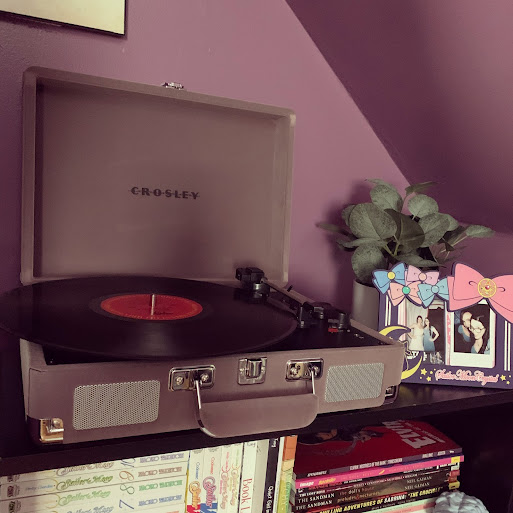 New Record Player: I had the same record player for about 14 years, and it was a clunky 4-in-1 record/cassette/CD/radio player and the only thing that sort of worked was the record part. I finally decided it was time to upgrade and got myself this nice Crosley one.
New Comforter: Don't you just love the feeling of sleeping with new sheets? I also decided to upgrade my bedding and it feels like I'm sleeping wrapped in a cloud.
Homemade Starbucks tea: I'm an avid tea drinker, and one of my favorites is a Medicine Ball from Starbucks. Since working from home, I've been making my own with Tazo peach and green teas and lemonade, and it's such a nice start to my day.
Lemme know some things you've been loving lately!
Posted by Heather at 8:00 AM