5 Fandom Friday: Characters I Want to Dress Up as for Halloween

I love this weeks topic, mainly because the second it's September, I start thinking about who to be for Halloween. I refuse to buy costumes after working at a party store for five and a half years and coming to find just how cheap and poor the costume quality usually is. Plus, I find it way fun putting a costume together myself. Last year I was Elliot and ET (I even made a bike basket/handlebar contraption I wore around my neck the whole night), this year sadly I'm not doing anything, but here are 5 characters I would definitely consider being: 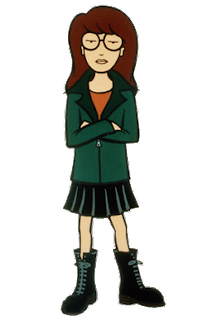 1. Daria: My doppleganger. I have to admit, I actually was Daria a few years ago but I wouldn't pass up the opportunity to be her again. I also found out not very many people knew who I was supposed to be, coincidentally I also found out who didn't have good taste in pop culture. Kidding. Sort of. 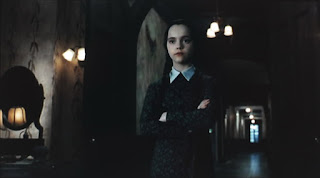 2. Wednesday Addams: This one would be super easy to pull off because my entire wardrobe pretty much looks like if Wednesday Addams were a librarian. No really, that fact has been brought to my attention on more than one occasion, and I may or may not have just bought a dress that looks exactly like that one in the picture. 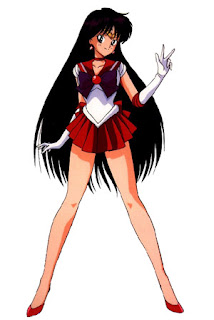 3. Sailor Mars: My favorite Sailor Scout. I grew up wishing I was Rei and I would love to run around and pretend to do her burning mandala attack on everyone all night. 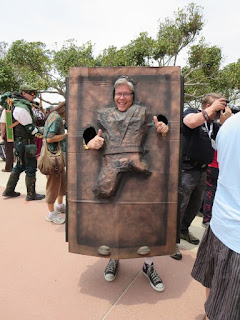 4. Han Solo in Carbonite: I actually attempted this two years ago, but I couldn't find a box that worked well enough on me to pull it off. I had this idea where I was going to start off the night as Han Solo, then half way through I'd go into carbonite, then for the end of the night come out as Han Solo again-- kinda like makin' my way through the original trilogy, but instead I just settled for regular ol' Han Solo. One of these years when I'm not super lazy, I'll tackle this one. 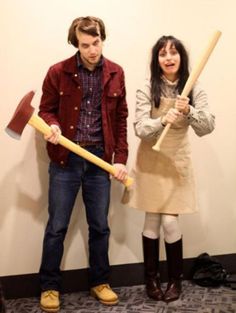 5. Jack and Wendy Torrance: I always think of really great couple costumes, yet I'm never in a relationship! I've always wanted to do this with someone because The Shining is one of the only movies that completely freaks me out, and what's Halloween without a little creepy-ness?

Who would you guys pick? Lemme know!
Posted by Heather at 6:47 PM