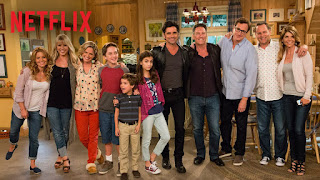 Have any of you watched it yet? How'd you like it?
Posted by Heather at 2:05 PM