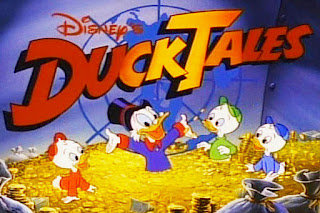 Say it with me folk, DuckTales WOOOOO-OOOOO! It's been announced that Disney XD is set to air a reboot of the animated series starting in 2017, and I'm super pumped.

For those who may not remember, this wonderful show originally aired from 1987-1990 and was based on the Donald Duck and Uncle Scrooge comics by Carl Barks. The show also took influence from another great franchise hero, the one and only Dr. Indiana Jones. DuckTales was a perfect mix of adventure and cartoon comedy. Not to mention it had one of the best theme songs of any show. Ever.

Not much has been released yet regarding the reboot, but from the looks of it all the familiar characters are coming back and even the animation itself will be just as fans remember it. There won't be any CGI or 3D renderings for this show. The project was first announced back in February, and according to a statement by Marc Buhaj, the senior VP Programming and General Manager for Disney XD, they're hoping this new series will bring the same energy and spirit to a new generation.

When I first heard about the reboot I was excited. I loved this show when I was younger, and I still listen to the theme song at least once a week. But then I thought about it-- will it still have the same impact on me like it did when I was younger? Will it come off as this cheesy remake of one of my most beloved cartoons? Or will it be just the right amount of nostalgia with a fresh new take? Either way, life is again about to be like a hurricane in Duckburg and I can't wait.

What do you guys think? Lemme know!