It's been quite some time since I did a book haul, and I recently picked up some new ones, so I figured now's as good a time as any to bring it back. Also, it's starting to get really chilly here now, so it's the perfect time to stay inside, curl up under the blankets with a cuppa tea and good book, so here we go! 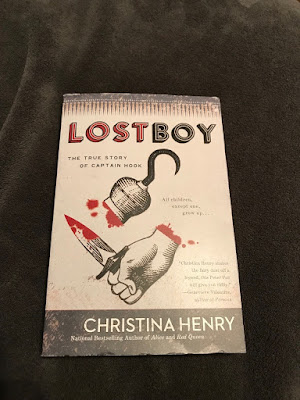 Lost Boy: The True Story of Captain Hook- Christina Henry: Peter Pan is one of my favorite stories, and this take on it seemed right up my alley. I had never really read anything that revolved around Captain Hook and how he came to be Peter's most hated foe, so this was an instant stand out for me. Henry paints a great picture of two friends who once meant the world to each other, and the lies and secrets that slowly tore them apart. 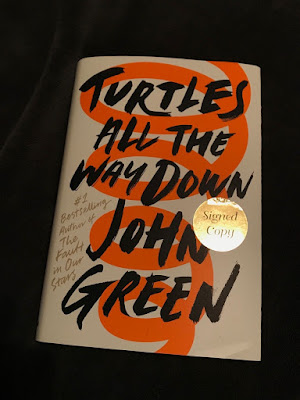 Turtles All The Way Down- John Green: I'm a fan of John Green; I haven't read anything of his that I haven't liked. I just feel like the way he approaches his characters seems genuine, and always seem relatable. This story follows 16-year old Aza and her best friend Daisy as they try to uncover clues about the disappearance of the fugitive billionaire, Russell Pickett. All the while, Aza has to try to fight the ever tightening spiral of her own thoughts and anxieties. 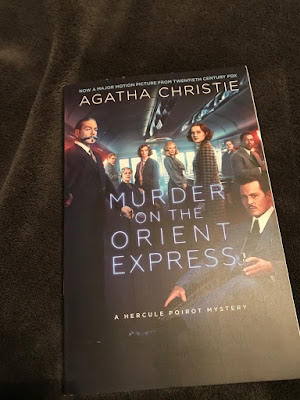 Murder on the Orient Express- Agatha Christie: My job has this little book fair about twice a year (which totally lets me re-live my Scholastic Book Fair high of when I was young), and I picked this up since: A. I had never actually read anything by Agatha Christie and B. I wanted to read it in case I saw the movie. Plus, who doesn't like a good murder mystery every now and again? 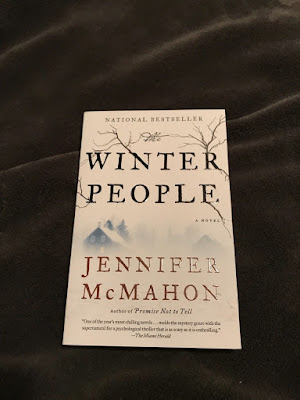 The Winter People- Jennifer McMahon: Keeping with the sort of mystery vibe, I picked up this by Jennifer McMahon. There was a quote on the back from a review from USA Today which called this, "Crisp, mysterious and scary... Reminiscent of Stephen King." How could you go wrong with that?! The story starts off in 1908 in West Hall, Vermont, where a woman named Sara was found dead in a field behind her house just months after the tragic death of her daughter. Then the story jumps to present day where a family lives in Sara's old farmhouse and one morning they wake to find their mother has disappeared, and in her search for clues, 19-year old Ruthie stumbles upon Sara's hidden diary which might unlock the mystery unfolding around her.


Anyone read anything good lately? Lemme know!
Posted by Heather at 1:07 PM