I think this months Owl Crate box was my favorite so far. The theme was Castles, Courts and Kingdoms and it was chock full of wonderful goodies, so without any further ado, let's get to it! 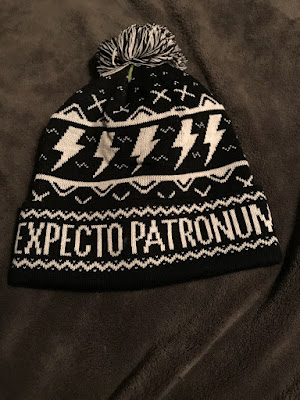 Ohhhhhh yessssssssssss. I love a good bobble hat and what better way to fight off the cold (and some pesky Dementors) than with this one?! This was a exclusive to Owl Crate and I love it so much. 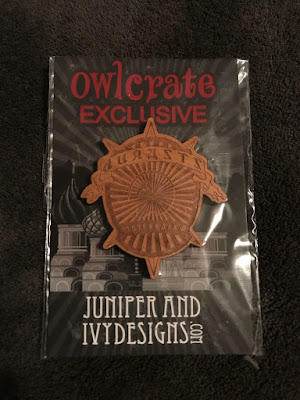 Next up was this brooch pin made by Juniper and Joy Designs based on Leigh Bardugo's great Grishaverse. I loved the whole Grisha series and I have to admit, while reading them I did wonder about which order I'd be in, and now I know! Owl Crate sent out three different versions of the pin and I got the Durasts, which are part of the Materialki order, who can manipulate anything solid such as glass, steel, wood, stone, etc. Jesper was a Durasts and he's one of my favorite characters, so I was all about this pin. Also, Durasts usually wear purple and gray, which just so happens to be the color scheme of my room, so I thought this was super appropriate. 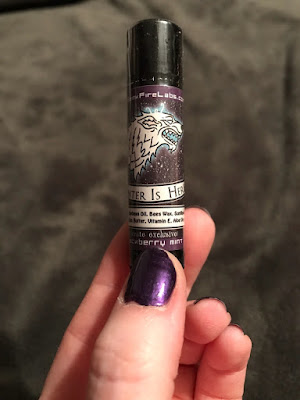 My lips are pretty much permanently chapped, and I never go anywhere without chapstick, so this little guy is perfect for me. It's also sporting my favorite house and a nice blackberry mint flavor, so that's going right into my handbag. 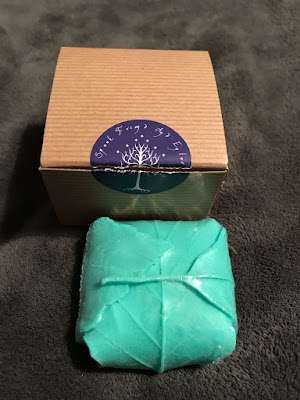 This was another exclusive from Fizzy Fairy Apothecary and it's based on the Elven bread from Lord of the Rings. It has a nice cucumber and mint scent which is really refreshing, a perfect way to start your journey though Middle Earth. 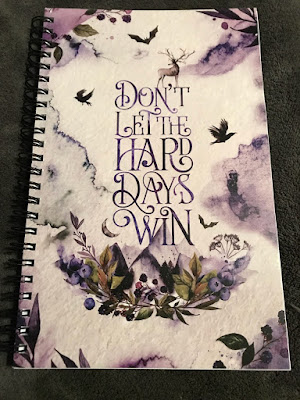 One of my favorite new series recently has been A Court of Thorns and Roses by Sarah J. Maas, so I was pumped to receive this notebook with a quote from A Court of Mist and Fury. I love notebooks, like I have a stack of notebooks all half used because I'll be in the middle of using one and then I find another one and start using that one instead and then the cycle continues, so I'm excited to add this one to the pile as well. Plus, the artwork by Stella's Bookish Art is just so nice. 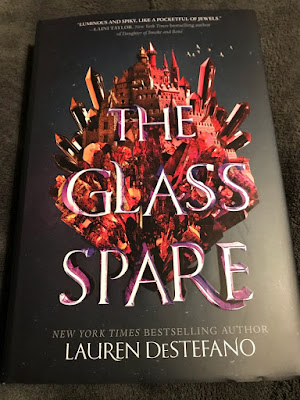 The book this month was The Glass Spare by Lauren DeStefano. The story follows Wit, the only daughter of a power-hungry king, who is forced to live in the shadows as a spy for her kingdom. Then, one day while her life is at risk, Wit finds out she has the power to turn living things into gemstones just by touching them. But Wit is forced to flee once her powers cause a tragedy. On her hunt for answers and a cure, Wit meets a prince from an enemy kingdom who has a curse of his own. DeStefano's tale is a beautiful fantasy story all about the bonds of family and where loyalties lie.

I can't wait to dive into this story. Has anyone read it? Lemme know!
Posted by Heather at 11:23 AM