I love Jurassic Park and when I found out that Funko was bringing out a whole range of Pops based on the movie, I knew they had to be mine. My favorites of the whole set were actually two exclusives, one put out through Entertainment Earth (the Dennis Nedry/Dilophosaurus pack) and Target (the wounded Dr. Ian Malcom), so I was compulsively checking both places to see when the pre-orders were going up because I just could not miss them. 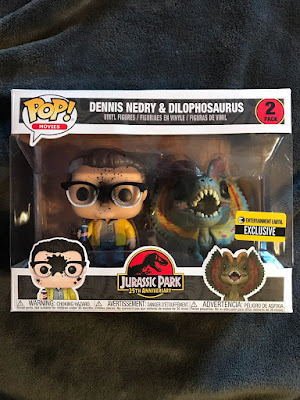 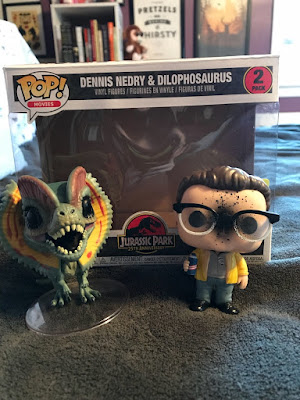 I really have to give it up to Entertainment Earth, I'd never ordered/pre-ordered anything through them before and it was just so easy. The second I saw the pre-order go up, I was able to snag one and the company even sent me update emails before it even shipped to reassure me that it was coming.

This Pop is actually one of my favorite scenes in the whole movie, so I knew I had to have it. I love how detailed it is with the acid on Nedry's face and the little shaving cream can filled with dino DNA. I also can't watch this scene without saying "Hello, Newman" to myself once the flaps on the side of the Dilophosaurus pop open. 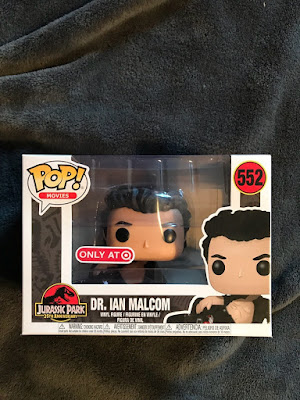 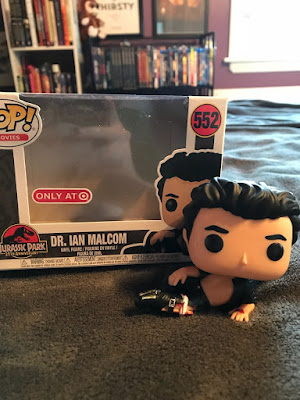 Now, as easy as it was to get the Entertainment Earth exclusive, this one was mur-der. I read online that this one was strictly an in-store Target purchase and there would be no pre-order. I checked my local Targets pretty much every single week to no avail, and when I asked the employees they had no idea what I was talking about. Except for one little turd who pretty much told me I would never get it because once they come in, the employees buy them all up before they even get to the floor. I knew then that I would fight this kid to the death if I needed to just to get my hands on this baby.

Luckily, it didn't come to that but Target really let me down with this one so badly that I ended up having to resort to getting it from eBay and paying way more than a Pop should go for. But I neeeeeded it to be mine and it was making me crazy that I couldn't find it, so I'm alright with it. I mean, who wouldn't go to extreme measures to get a tiny, shirtless Ian Malcom? 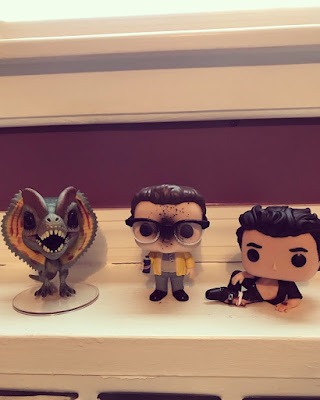 I've never gone so crazy looking for Pops as I did for this range, but it was worth it. These make me so happy and I'm so pumped to add them to my collection.

Was anyone able to pick any up? Lemme know what you thought!
Posted by Heather at 10:33 AM