This past weekend I saw Avengers Infinity War, and all I'm going to say about it in case someone hasn't seen it, is that I don't think I blinked throughout the entire film. Nothing that I thought would happen happened and by the end my heart was in my throat. Like any superhero movie, it had some off spots, but I thought overall it was such a great film and I need it to be next year so I can see how it all ends.

Now, onto today's post. I've been part of the Marvel Collector Corps for quite some time and I was so bummed to hear that it was being discontinued, but I knew that they'd go out with a bang and boy, did they ever. The last box that was sent out, of course, was Infinity War related, so let's get to it! 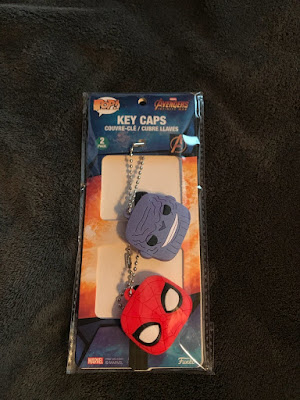 I actually really love key caps, I use them for almost all of my keys, so I was so excited to get these little babies. Also, they're just so cute. 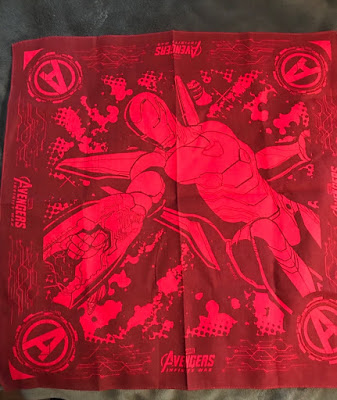 I thought this was a scarf at first, and I was like "Huh, this must be for really tiny necks", but then I realized it's a banner. (I mean, I'm pretty sure that's what it is. I'm still just guessing.) It has a super tech heavy Iron Man on it who looks like he's in the midst of battle, and all around the edges are little circuits and Avengers symbols. 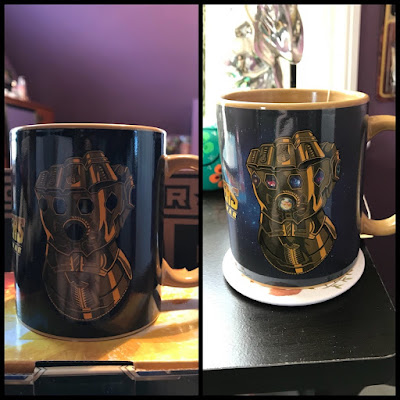 This was my favorite thing in the box because I am a mug addict. It's one of those heat changing mugs, which I've never had before but I think are so cool, so once it gets warm all the Infinity Stones show up in the Gauntlet. And you bet your bottom dollar that I watched in awe as the Stones popped up and yelled to my roommate to come see the magic. (She thought it was super cool, too.) 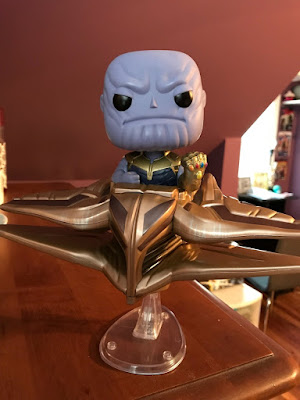 Last but not least was the Mad Titan himself. This is probably the biggest Pop I've ever seen; the box they sent everything in was huge and this literally took up more than half of it. Currently, it's still sitting inside its box on my floor because I have zero room for it, but maybe one day when my heart isn't so raw from what he did to my babies, I'll try and take him out.

I'll definitely miss getting this box. It was really what kick started my love of Pops and it was something I always looked forward to getting. Was anyone else a member? Or has anyone else seen the movie? Were you as upset/excited as I was? Lemme know!

Have a great weekend!
Posted by Heather at 10:28 AM