So the theme this month was Masters of Disguise and let's just get right to it! 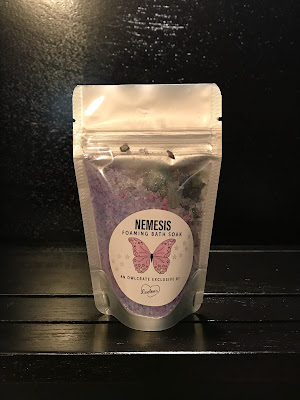 Ooh, I've become such a sucker for a bath product, and this exclusive bath soak by Leeloo Soaps is no exception. I'm also really interested in the foaming aspect of it, I've never had a foaming bath soak before, but I'm guessing it's just like a bubble bath? Either way, I'm here for it. 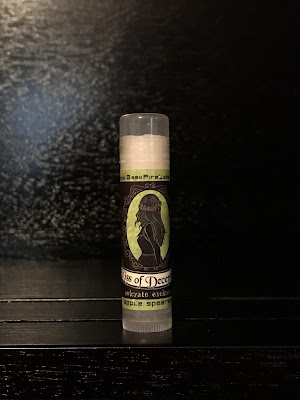 I don't know about you, but when I think of "Masters of disguise" I think spies, and then I go to poison lipstick kisses, and I'm diggin' that OwlCrate was on the same wavelength and added this apple mint lip balm by GeekFireLabs. I'm a little unsure about the scent, to be honest. I think if it was just one or the other I would like it better, but the mix sort of reminds me of children's medicine. 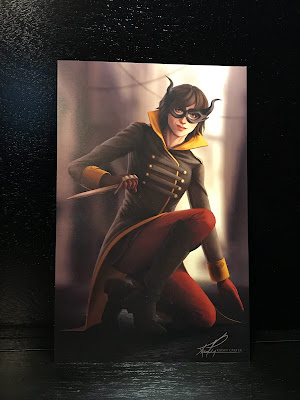 Next up, we have this art print designed by Kirsty Carter inspired by Lila Bard from the Shades of Magic series. Just throwin' this out there-- I haven't read this series, but recently I've been hearing about it non-stop, so I think it's something I'll have to pick up. 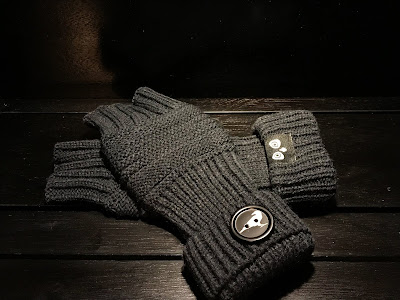 A series that I have read and loved is Six of Crows, so I was really excited to receive these fingerless gloves with the crow insignia which were a Team OwlCrate exclusive. My hands are always freezing, especially once the weather turns, but I hate wearing gloves, so this may be just the thing I needed. Also, the quality of them is really nice, which is another plus. 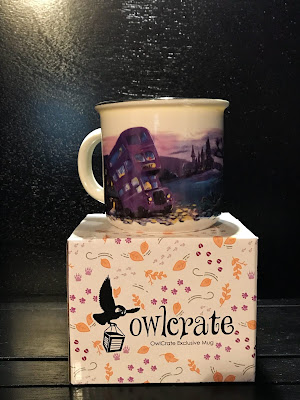 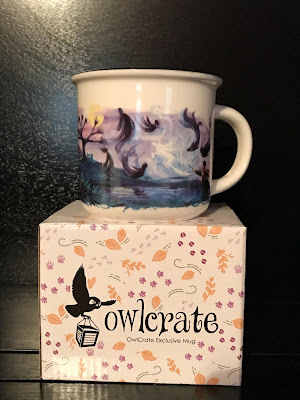 I've saved the best item for last-- a Harry Potter mug! And not just any HP mug, but a Prisoner of Azkaban themed HP mug! POA is my favorite Harry Potter book, so anytime I get something from that book is great, but this is just too good. The artwork is so detailed (each of the Marauders are spread throughout the scene), and everything from the Knight bus to the Dementors is just amazing. I have one other mug that was also designed by Cara Kozik and her work is always so great. 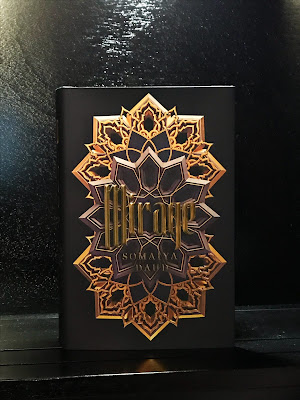 The book for this month is Mirage by Somaiya Daud. This story follows a girl named Amani who is kidnapped from her village and taken captive in the royal palace. While there, she discovers that she bears a striking resemblance to the much revered (and hated) Princess Marem. Amani is then forced to impersonate the princess during public appearances, constantly fearing for her life. One wrong move could cost her everything.
Posted by Heather at 1:42 PM