Time for a round-up of some favorites! Let me know some of yours! 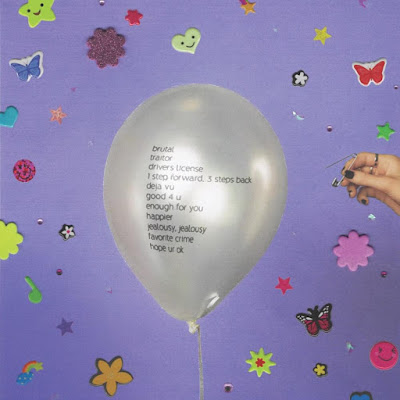 SOUR- Olivia Rodrigo: I gave this a listen since everyone was raving about it, and wow, I get the hype. It feels very angsty-early 2000s and I'm into it. A lot of the songs are so catchy, but I find myself going back to: "brutal", "1 step forward, 3 steps back", "deja vu", and "good 4 u".
Hello, Exile- The Menzingers: Now that the weather is starting to turn warmer, I just want all the pop-punk all the time. That’s usually my genre of choice so I listen to it all the time, but something about nicer weather just makes me want to blast it all day long and this album has been my go-to.

“Beginning Middle End”- Leah Nobel: I’m not even kidding when I say this has been stuck in my head ever since watching the last To All the Boys movie. It’s so unbelievably catchy and adorable.
Watching:

The Falcon and the Winter Soldier: To be honest, it took me a little while to get into this, but once I did I ended up enjoying it. It was a lot more action-packed and serious than I was expecting, but I loved how they balanced it with Sam and Bucky’s hilarious banter. They have such a fun dynamic and I really hope we get more of them going forward.

Shadow and Bone: Oh goodness, did I love this. I was a little wary only because the Shadow and Bone series isn’t my favorite of Bardugo’s books, but this was such a great adaptation. The casting was perfect and all the little tweaks and changes they made still felt true to the story. I also liked Mal which was the most surprising bit of all since the book Mal is garbage. I need more, especially of my Crow babies, ASAP.

The Good Place: I watched the first season of this when it was on TV, but for whatever reason I stopped and what a fool past Heather was. This is so funny and I can’t help but feel like Chidi and I are one.
Misc.: 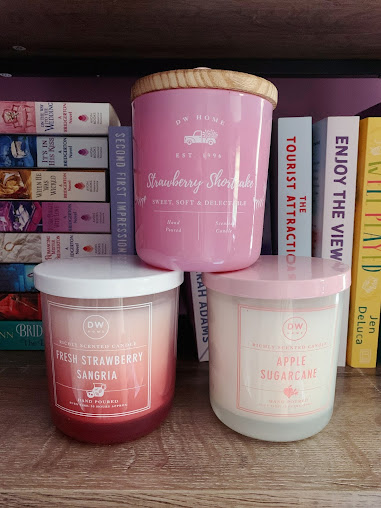 DW Home Candles: Hello, my name is Heather and I’m a candle addict. I can’t help myself when it comes to candles and I tried so hard not to give in to the Facebook ads I kept getting from this brand, but my resolve only lasts so long. I love sweeter scents and lemme tell you, these are fan-tastic. They smell so good that I almost don’t want to burn them. There’s such a variety on the website too, so there’s a scent for everyone. If you’re a candle lover like me, check them out!
Lore Olympus: Why did it take me so long to read this webtoon?! I’m obsessed. I’ve already re-read the entire thing twice. It’s my new little tradition to read the newest episode once it’s released on Sundays. I also just found out that the first volume is being released in October, so you better believe I pre-ordered it!

Let’s Talk About Myths, Baby! Podcast: Let’s keep it going with Greek mythology! I’ve really been embracing my mythology love this year and going full-throttle. I’m not really a fan of podcasts, but I figured I’d give this one a shot when I saw it on Spotify and I was hooked from the first episode. Liv Albert has this way of explaining the ins and outs of the gods and all their messy habits in a way that is both hilarious, honest, and educational. If you like podcasts and history, I’d recommend it!
Posted by Heather at 8:00 AM