Hello, all!
Seems the January box has come before the December box, so let's get right into it! The theme was "Thrill of the Hunt." 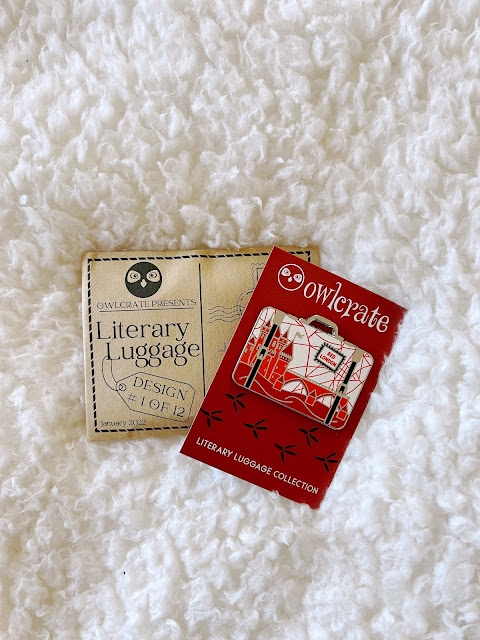 First up we had this Red London pin by Hey Atlas Designs. This is the start of a new series OwlCrate is doing called Literary Luggage, and I'm excited to see what else they come up with. I'm hoping they don't stick with A Darker Shade of Magic since they've already done those with the book tins, so I'd like to see some variety. 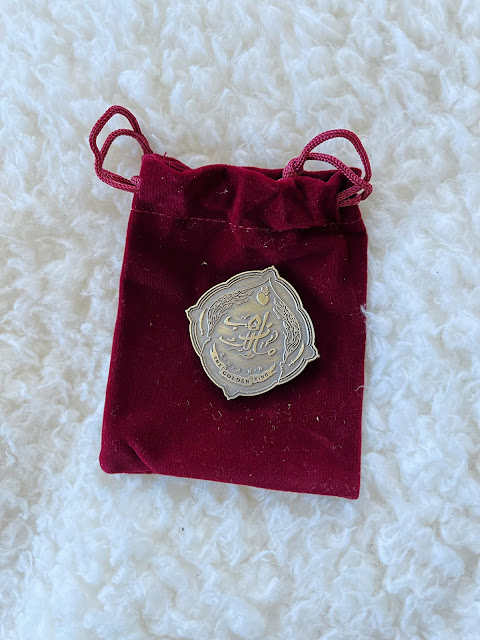 Then we had this coin inspired by We Hunt the Flame designed by the author herself. It's supposed to resemble the currency used in the book which is fun. I've never read this book though, so I may pass this along. 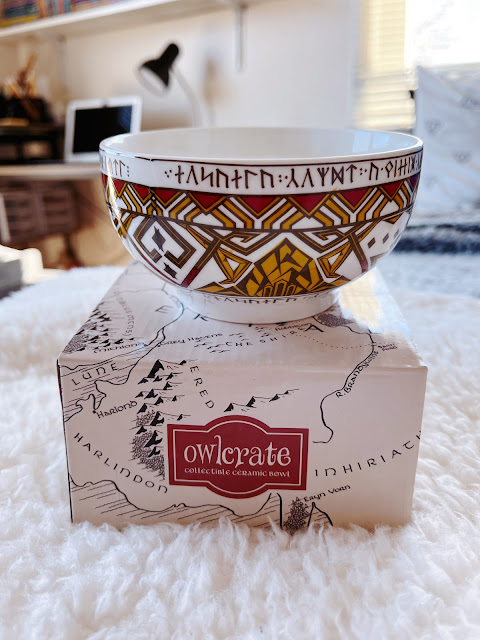 This seemed to be the box where OwlCrate introduced a lot of new lines because then we had this LOTR inspired ceramic bowl by Janine LeCour. Each bowl will celebrate an iconic location for the LOTR universe. This first one is for Erebor and has dwarven runes along the edge that translate to "Loyalty, honor, a willing heart, I can ask no more than that." I think this is really nice quality and I love the idea, but I'm not a huge LOTR fan, so I'll be passing this along as well. 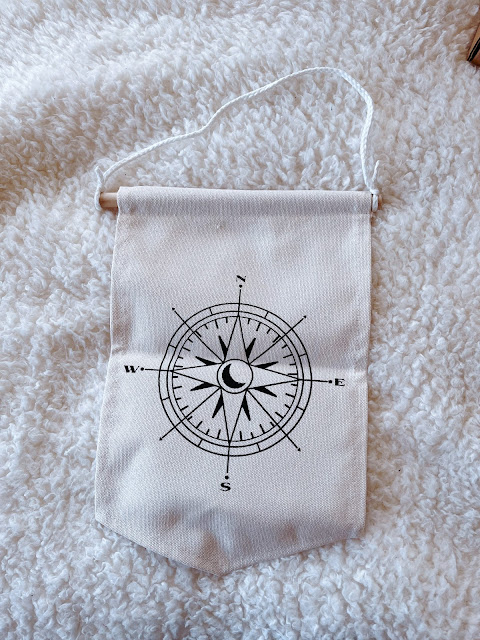 To go along with the new pin collection, Hey Atlas Creative also designed this pin banner to go with it. I have so many of these so I should probably start using them. 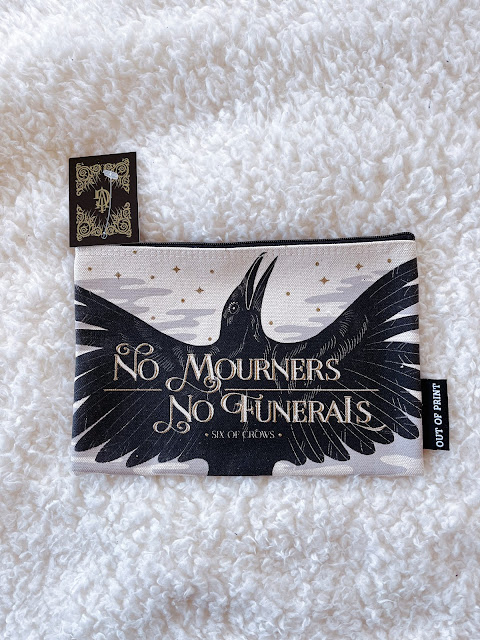 My favorite item in the box was this Six of Crows canvas pouch from Out of Print. I love the design and it's roomy, so a win-win in my book. 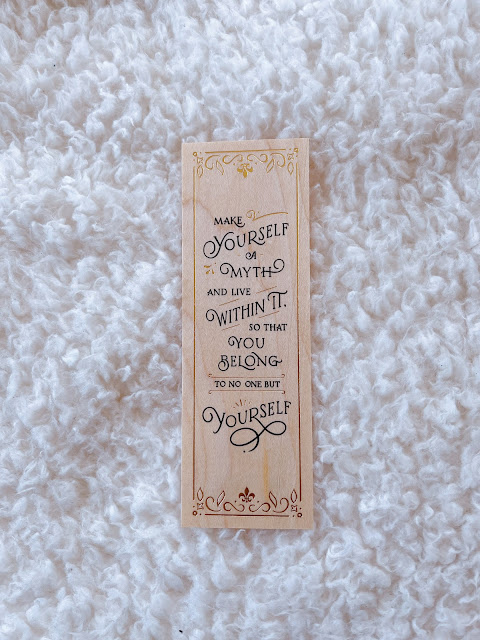 The last item was this wooden bookmark inspired by The Gilded Wolves designed by Wink and Wonder. This looks so elegant, I love it. 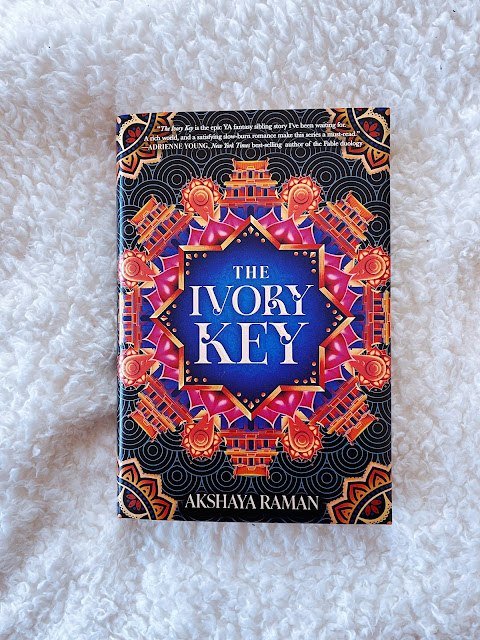 The book for this month was The Ivory Key- Akshaya Raman. This is the start to a new fantasy duology following four estranged royal siblings who must ban together to find a new source of magic before their country is swallowed by invading forces.
I haven't heard of this before, but the cover is so striking and it sounds like it'll be action-packed and atmospheric. Let me know what you thought of this months box!
Posted by Heather at 8:00 AM