The theme for February's box was "Among the Monsters." Let's get into it. 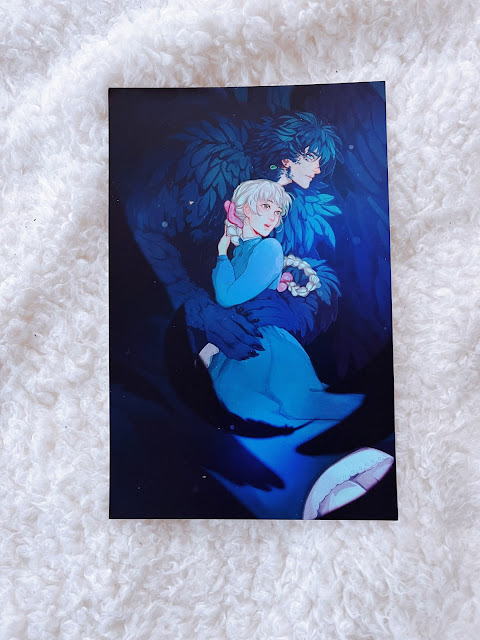 First, we had this really pretty art print inspired by Howl's Moving Castle by Dri Gomez. I've actually never seen this movie, but I love the colors. 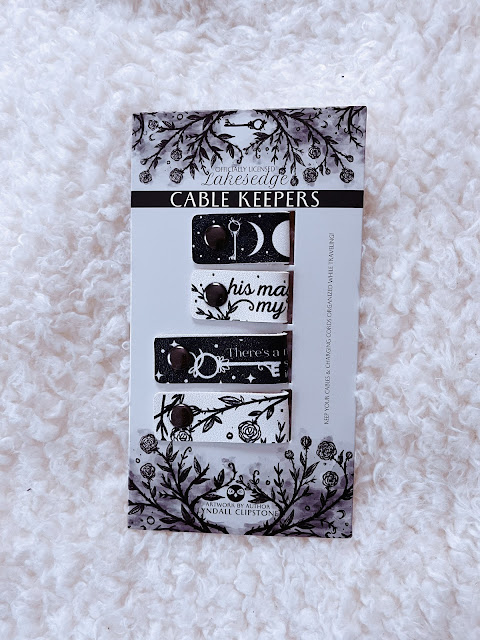 Next up, were these Lakesedge inspires cable clips that feature artwork from the author Lyndall Clipstone. I love when we get useful items, so this was great. 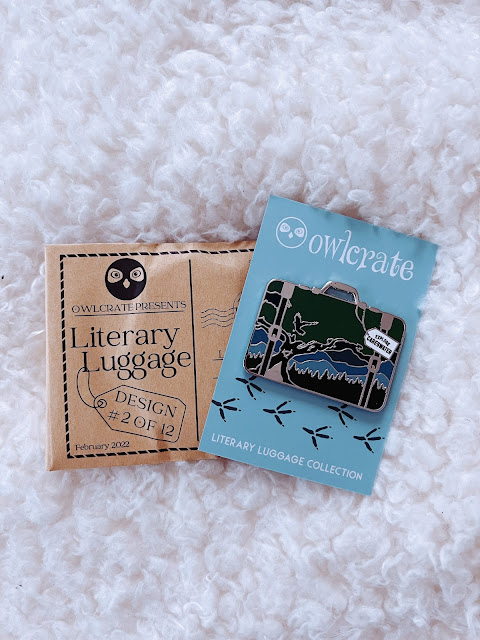 Then we had the next installment in the Literary Luggage collection. This is inspired by The Raven Boys and was designed by Hey Atlas Creative. 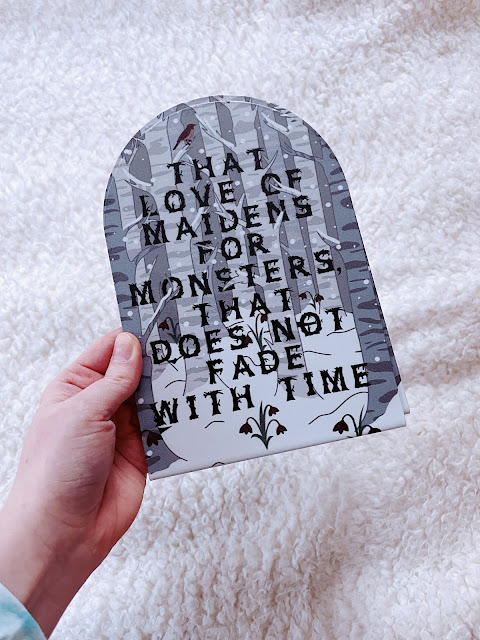 Next up is this set of bookends inspired by The Bear and the Nightingale with artwork designed by No0ne Designs. I've read this and thought it was just fine, so I may pass these off to someone else. 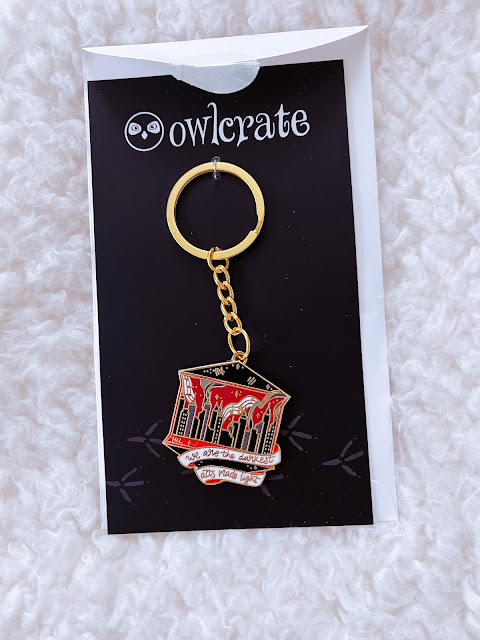 One of the last items was this keychain by Azura Arts inspired by This Savage Song. I've also read that and didn't love it, so I'll probably be passing this along as well. 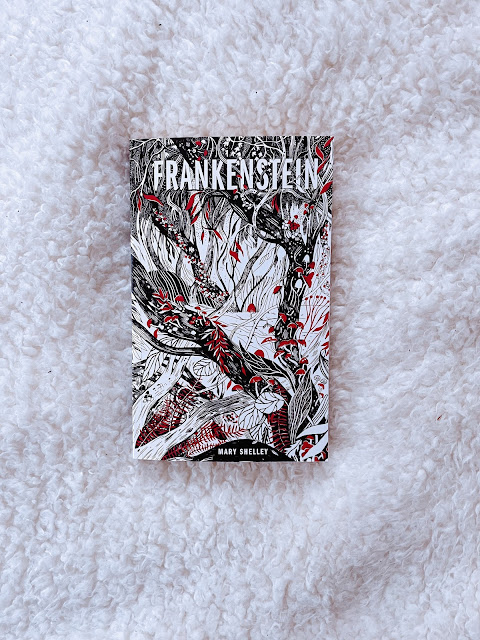 I was surprised to find a second book in this box, but it seems like OwlCrate is starting a new collection called, what else?, the Classics Collection. Throughout the year, they'll be including different classics with updated covers by @rena.illistration. I love that they kicked it off with Frankenstein as it's one of my favorite classics, and I'm excited to see what else they include! 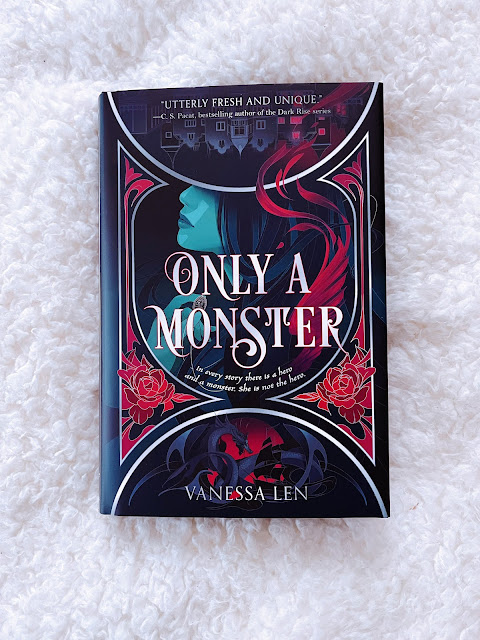 The book for February was Only a Monster by Vanessa Len. This follows sixteen-year-old Joan who gets sent to live with her eccentric family in London for the summer. She loves working in the historical Holland House, and is thrilled when her cute new co-worker, Nick, asks her out. But Joan's luck is about to run out. She finds out her family isn't just weird, but are actual monsters with terrible powers. And Nick isn't the charming boy she thought, but a legendary monster hunter who will stop at nothing to take her family down. Joan will have to work with Aaron, the ruthlessly handsome heir to a monster family who hates her own, if she's to have any hope of saving the ones she cares about.
I've been interested in this book since I heard about it, so I can't wait to dive in! Let me know what you thought of February's box!
Posted by Heather at 8:00 AM