I know I've only just started getting my FairyLoot subscription, but this is actually going to be my last full box with them. They started offering a book only option, and I jumped at the chance to switch to save myself some money! But let's get into April's box, the theme was "Bittersweet." 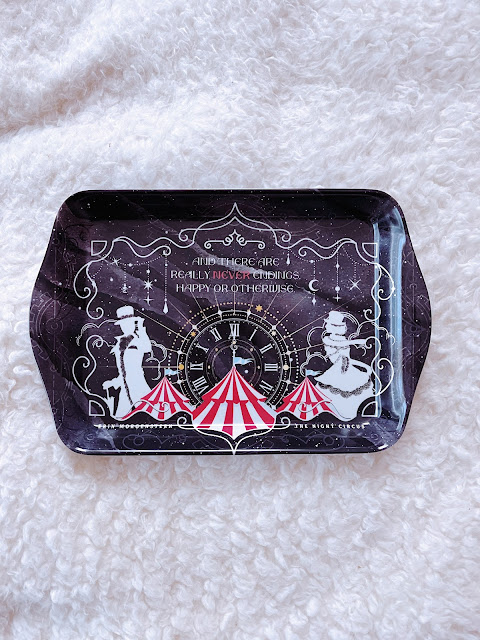 First up, there was this little catch-all tray inspired by The Night Circus. I've noticed a lot of items in both this and OwlCrate lately surrounding this book, and as much as I love it, I'd like to see a little diversity. 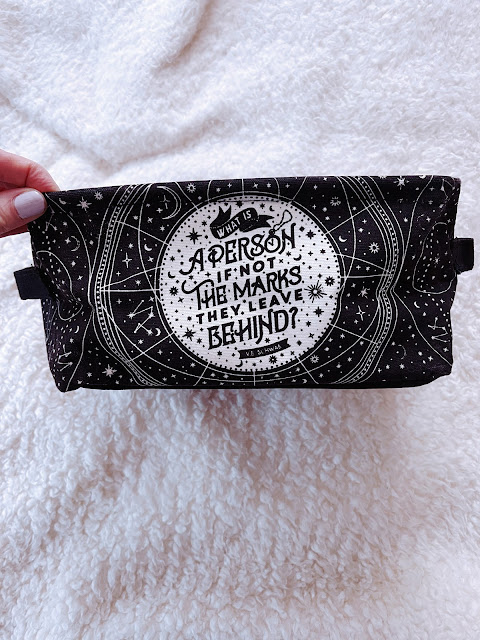 Then there was this canvas pouch inspired by The Invisible Life of Addie LaRue. I've seen a lot of people use these as TBR baskets which is a cute idea. 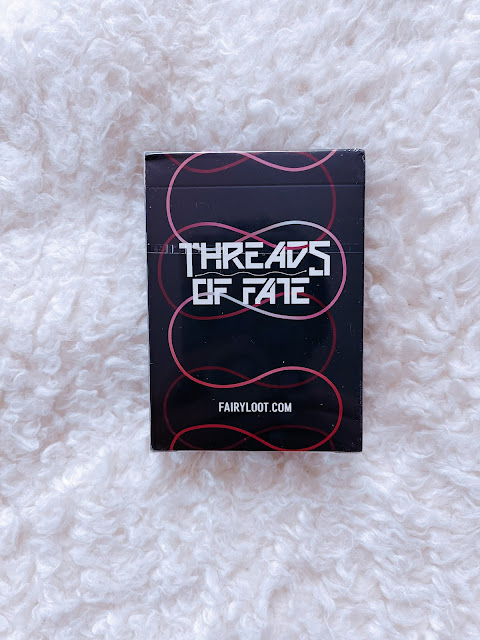 I believe these playing cards were supposed to be sent with last month's box but were late, so they were included in April's. I always like to keep cards in my junk drawer because you never know when you may need them. 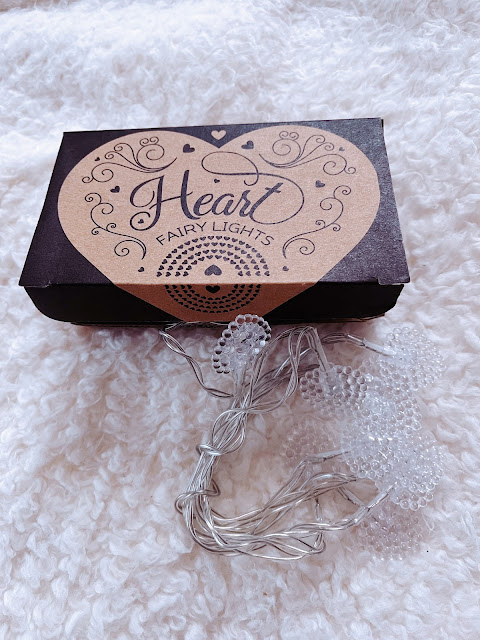 I love fairy lights and think they make your space feel so cozy, and these heart shaped ones are so cute! 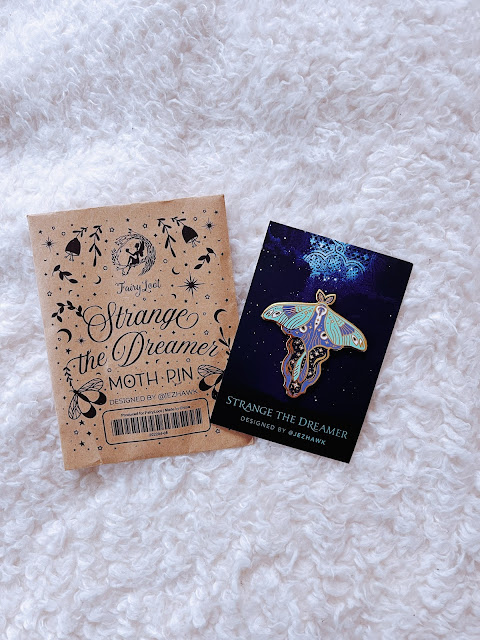 Another item I feel like I've gotten so many times in book boxes is an enamel pin based on Strange the Dreamer. I like the colors, but I'll probably pass this off to someone else. 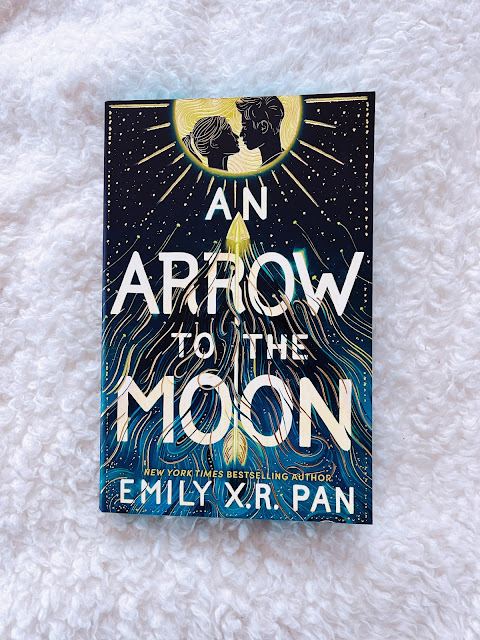 I didn't realize this box was going to have two books in it. The first was An Arrow to the Moon- Emily X.R. Pan. This is a Romeo and Juliet retelling inspired by Chinese mythology. I haven't heard of this before, but I'm intrigued. 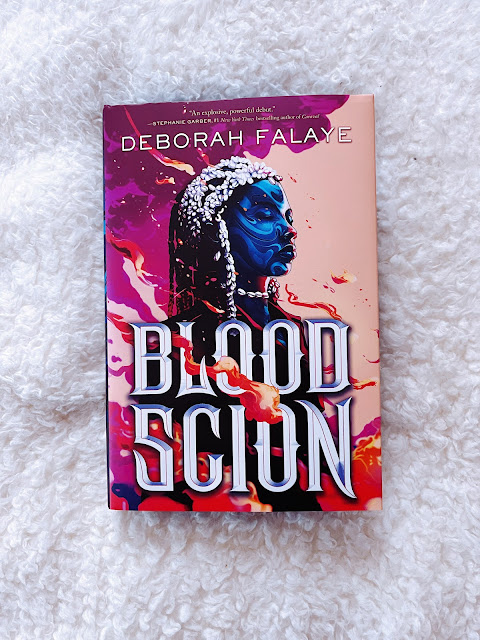 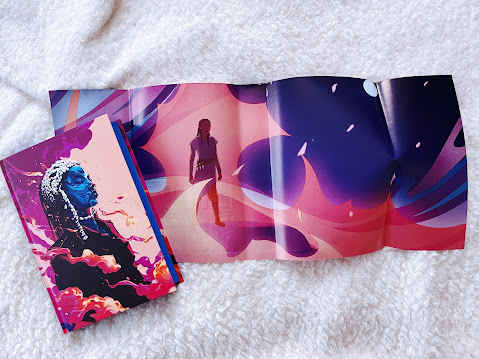 The second book was Blood Scion- Deborah Falaye. Fifteen-year-old Sloane is a Scion, a descendant of the ancient Orisha gods, and can incinerate any enemy at will. But under the Lucis’ brutal rule, her identity can lead to death if she's discovered. When she's forced into the Lucis army, Sloane sees a new opportunity: to overcome the bloody challenges of Lucis training, and destroy them from within. But will Sloane be able to rise through the ranks without losing herself in the process?
This is inspired by Yoruba-Nigerian mythology and is said to be perfect for fans of A Song of Wraiths and Ruin, which I loved, so that's exciting. Let me know what you thought of April's box!
Posted by Heather at 8:00 AM