Hello, all!
The theme for this month was "The Chosen One." Let's get into it! 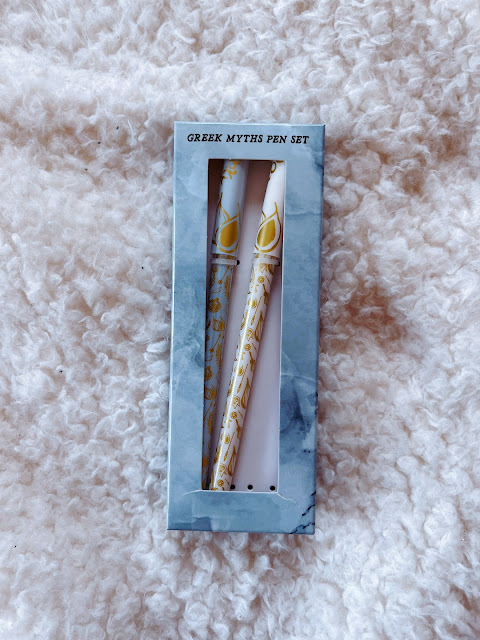 I love getting stationery supplies in boxes, and these pens are inspired by The Song of Achilles, so they're a total win in my book. 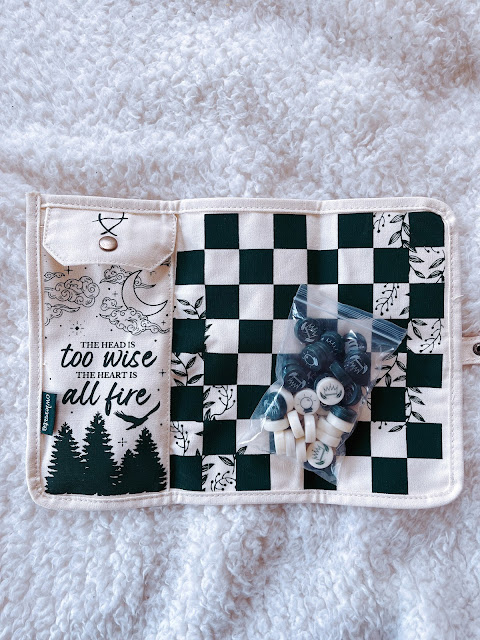 I've got to hand it to the OwlCrate team for trying to think outside the box with their items lately, but realistically, I'll probably never use this chess set. It's inspired by The Raven Cycle, which I've also never read, but the design is cool. 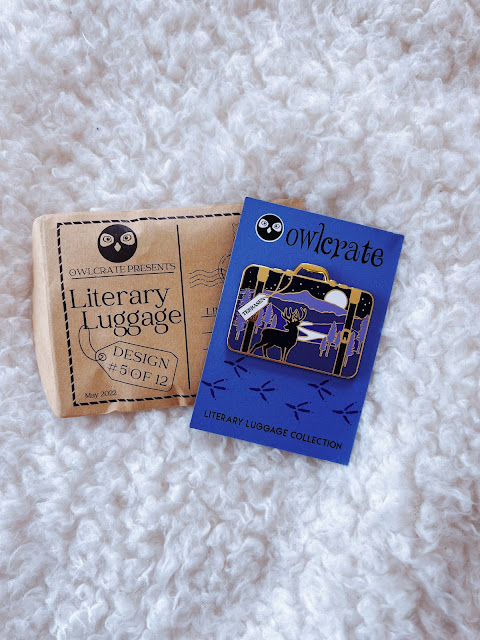 The next installment of their Literary Luggage pin collection was inspired by Throne of Glass which I love. I just think these pins are so cute. 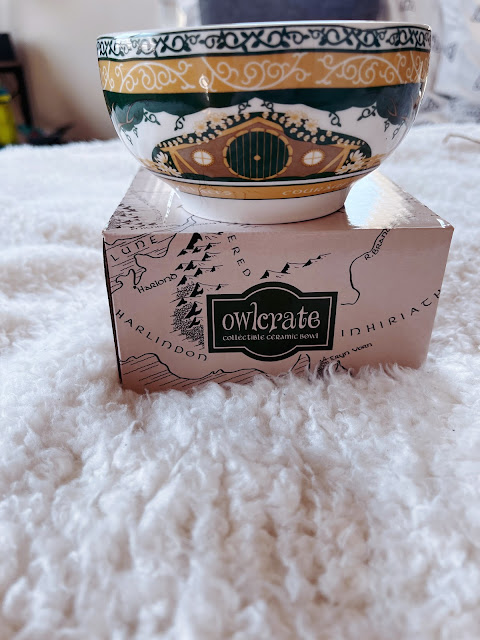 Then we also had the next installment in their LOTR inspired ceramic bowl collection. This one is designed for the Shire, and while it's cute, I'm not really a LOTR fan, so I'll be passing this along to someone who'll appreciate it more. 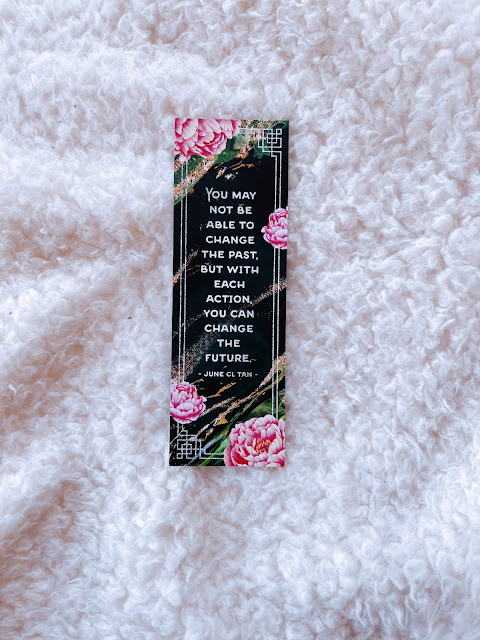 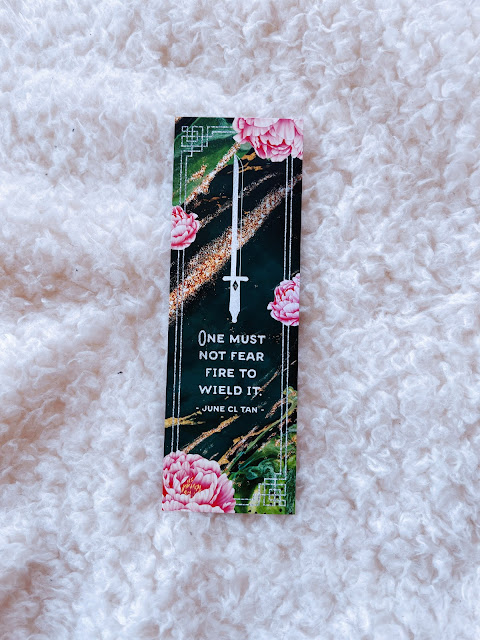 I love the design of this double-sided bookmark. It features quotes from Jade Fire Gold, and I think it's so pretty. 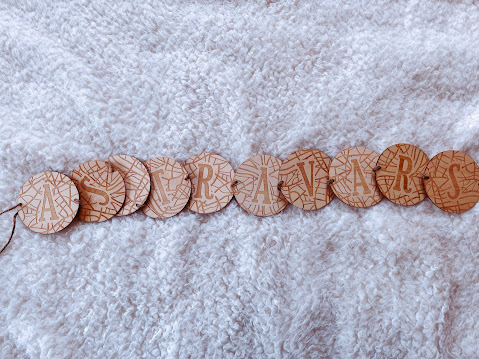 The last item was this wooden wall banner inspired by A Darker Shade of Magic. Is it just me or have we been getting a Shades of Magic inspired item in almost every OwlCrate box so far this year? It's a cool item, but I wouldn't use it. 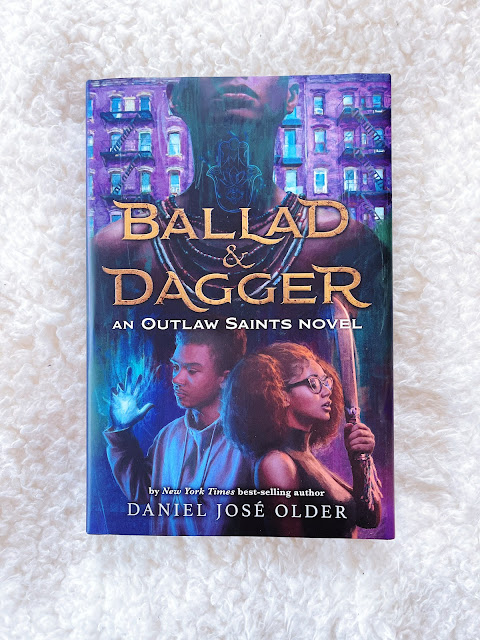 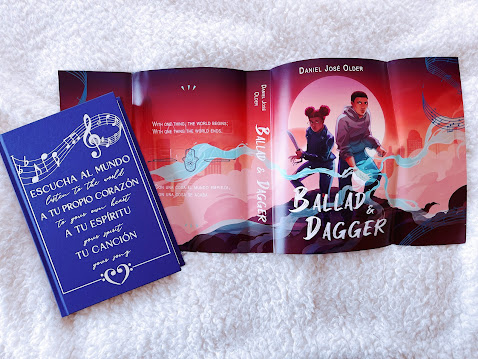 The book for the month was Ballad & Dagger by Daniel José Older. Almost sixteen years ago, Mateo Matisse's island homeland disappeared into the sea, and the survivors fled to New York City. While the rest of his Brooklyn community dreams of a way home, Mateo is focused on one thing: getting the attention of locally-grown musical legend Gerval. Mateo finally gets his chance while at the Grand Fete, an annual party celebrating the blended cultures of their home. But on the night of the celebration, Mateo witnesses a murder and his life is changed forever. Suddenly, Mateo is thrust into an ancient battle that spans years and oceans, and a power awakens inside Mateo that holds the key to unlocking the dark mystery behind his lost homeland.
I think this is a Rick Riordan presents book, so I'm hoping it has a lot of mythology woven throughout, and I'm interested to see what I think. Let me know what you thought of this months box!
Posted by Heather at 8:00 AM