It's been ages since I did one of these, so I thought it was about time I rectified that. 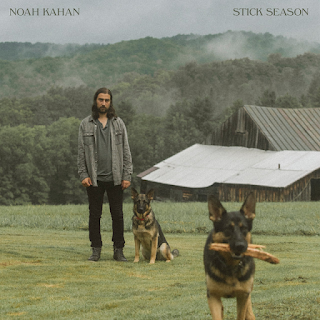 Stick Season- Noah Kahan: The only album that could knock out Taylor's Midnights from my most played on Spotify is this one. I'm obsessed with this record. I love the folk-y indie vibe. The whole album is great, but some of my favorites are: "Northern Attitude," "Stick Season," and "Homesick."

Midnights (3am Edition)- Taylor Swift: If Taylor releases an album, it's obviously going on one of these lists. It took me a few listens to really get into the new songs, but now I'm loving it and I'm bummed I won't be around for her upcoming tour! Some favorites are: "Maroon," "Bejeweled," and "Dear Reader."

Being Funny In A Foreign Language- The 1975: I've never listened to The 1975 before, but I heard one song and it was such an earworm that I had to binge listen to the whole album. Some favorites are: "About You," "I'm In Love With You," and "When We Are Together."

Ted Lasso: My mom recently signed up for a free trial of Apple TV so that means I've got a free trial of Apple TV, and I knew I needed to watch Ted Lasso. I fully get the hype. This show is so good. I tried to savor it, but binged it too quickly and now I have to wait for the next season (and I guess actually sign up for Apple TV!)

Dickinson: Once I finished Ted Lasso, I jumped straight into Dickinson. I love satirical takes on historical figures, and I love Emily Dickinson, so this is perfect. I had seen a few episodes when it first came out and really enjoyed it, so I'm excited to be able to watch the whole thing.

House of the Dragon: I think we can all agree that the last season of Game of Thrones wasn't the best, so I was apprehensive going into this spin-off, but I ended up liking it a lot. I thought the casting was great, the costumes were gorgeous, and the cinematography was beautiful. I can't wait for next season. 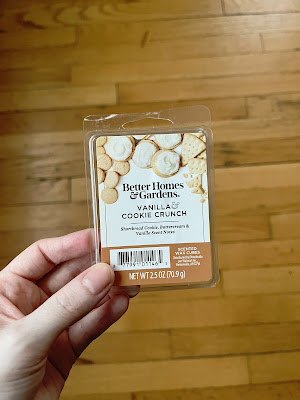 Vanilla Cookie Crunch wax melts: At any point throughout the day, I'm burning a candle. I got a wax melter for my birthday a while ago, but only recently become obsessed with it, and this is by far my favorite scent I've found. It smells exactly like a buttery shortbread cookie and I can't get enough. I've been stocking up on it so I never run out.

Kyra Pro walking work outs: I like to think I'm fairly good about working out, but I wanted to mix it up a bit. I needed something that was going to be apartment friendly and not too intense, and some of her videos popped up while I was browsing YouTube, and I love them. She has a mix of different work outs, but I've been digging her walking ones. My favorites so far have been the Harry's House, Hamilton, and '90s hits. I definitely recommend checking her videos out if you're looking for quick and fun work outs!

emilybites.com: Going hand-in-hand with the above, I also wanted to fix my diet. Thanks to my mental health, I gained a ton of weight and was the heaviest I'd ever been, so I signed up for Weight Watchers over the summer and I owe a lot of my success to this blog. My friend told me about it, and everything I've made so far has been delicious. Even if you're not on WW, there are so many fast, healthier meal options on there.

Let me know some things you've been loving lately!