Hello, all!
The theme for October was "A Study in Shadows." Let's get into it! 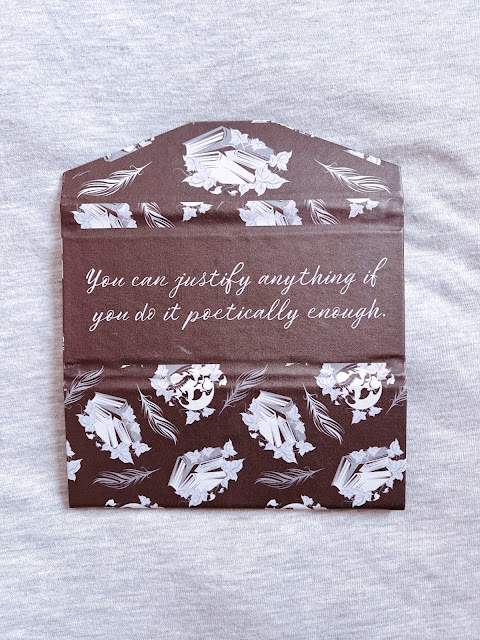 First up, there was this If We Were Villains inspired glasses case. I do like the pattern on this, but I tried to put my glasses in them and it doesn't seem very sturdy or protective, so I doubt I'll get much use out of this. 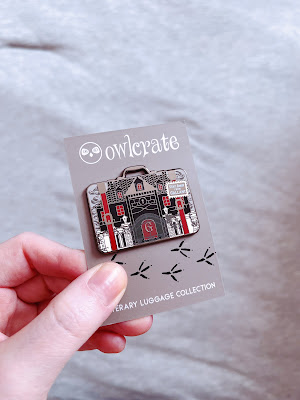 Then we had the next Literary Luggage pin which was inspired by Gallant. I really like the design and color scheme of this one. 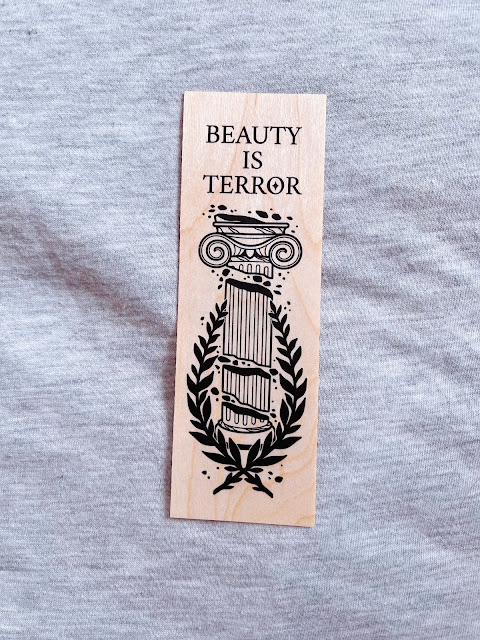 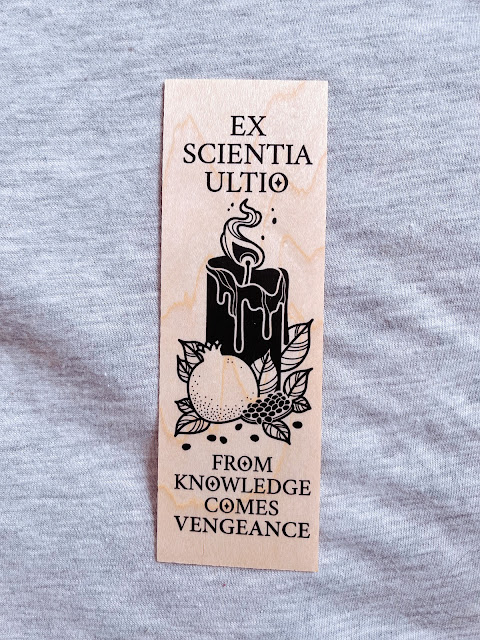 Next up was this double-sided wooden bookmark featuring quotes from A Lesson in Vengeance and The Secret History. I'll never say no to a bookmark and I love the wooden ones, they're such nice quality. 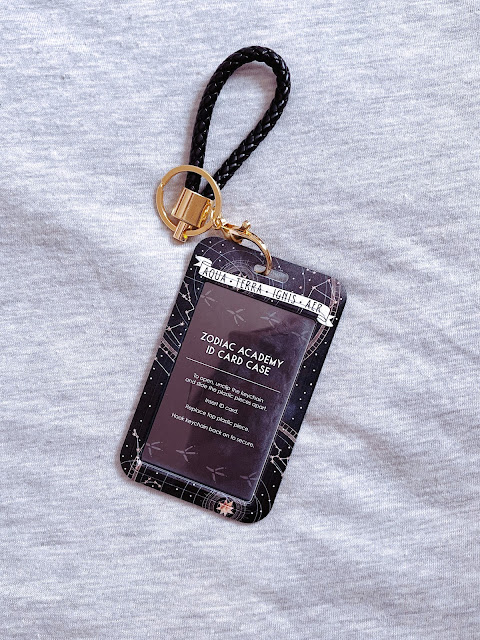 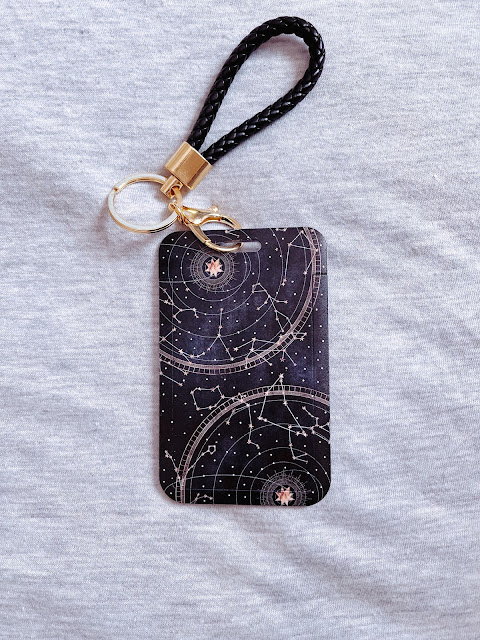 Then we had this Zodiac Academy ID case. I've never read that series and I don't really intend to, so I'll be passing this along, but the design is cool. 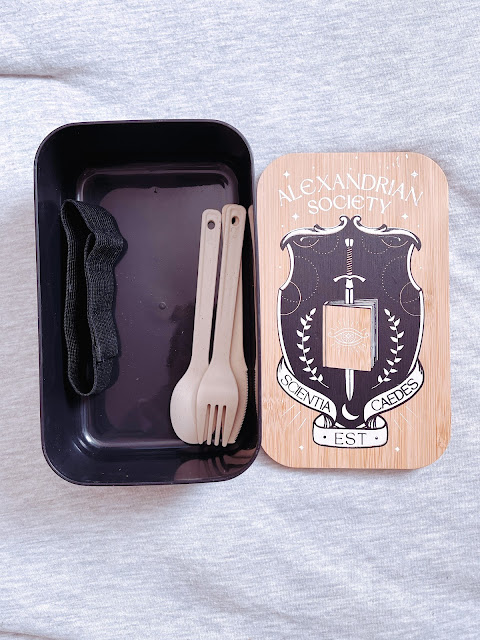 Then we had this bento lunch box inspired by The Atlas Six. Since I work from home, I don't really have a use for a lunch box, and I didn't enjoy this book, so I'll be passing this off as well. 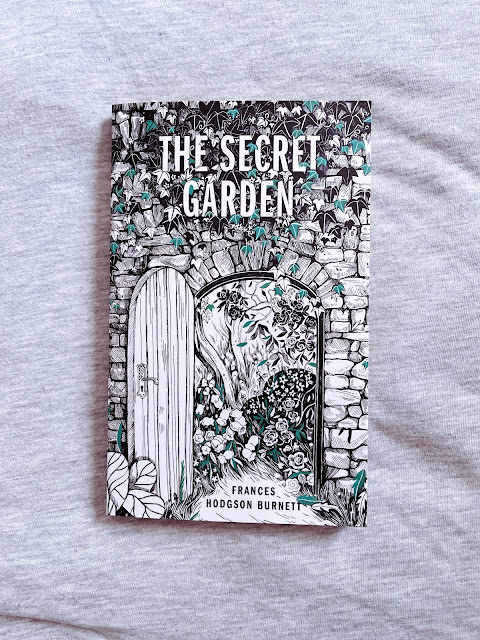 This last item we received was the next book in their OwlCrate Classics collection, The Secret Garden. I will admit, I was hoping they would do Dracula since it was October and, you know, spooky things and all that, but I've actually never read this so it's nice to have. 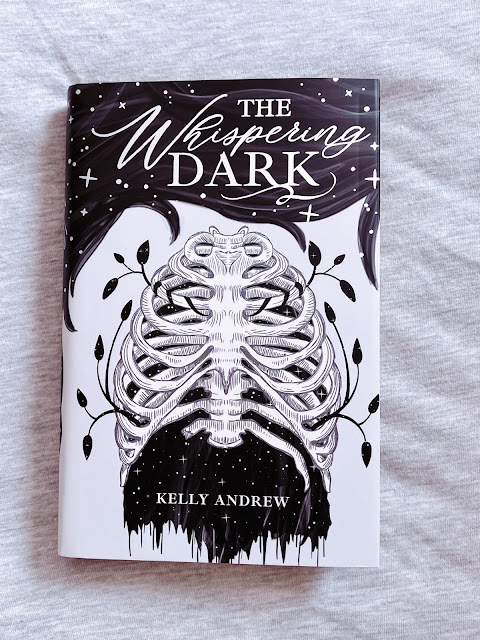 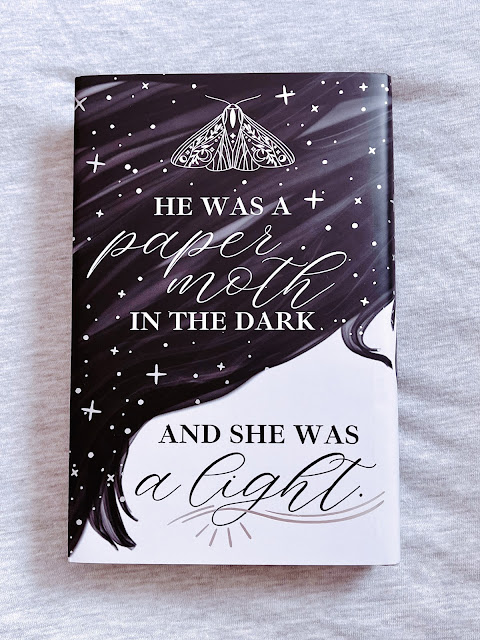 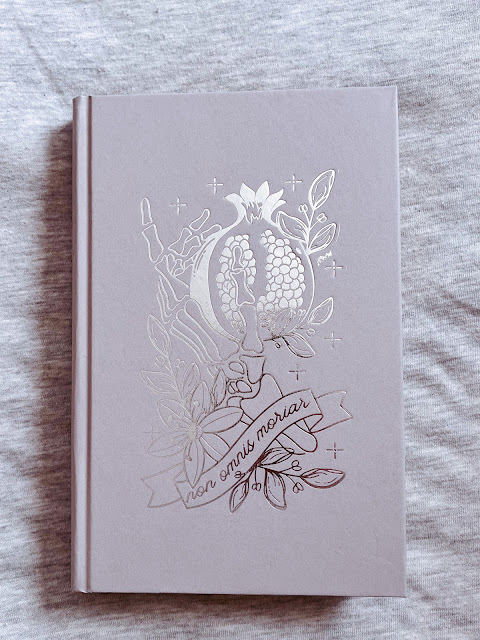 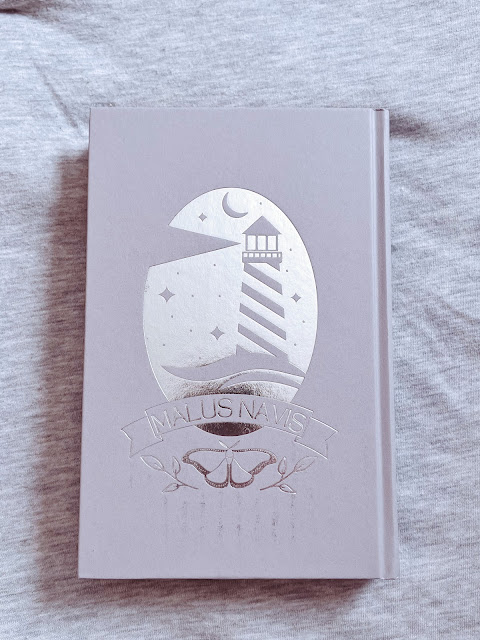 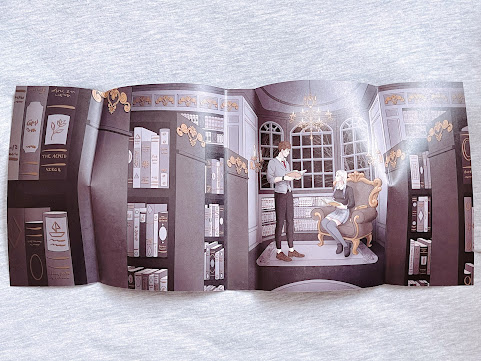 The book for October was The Whispering Dark- Kelly Andrews. This follows Delaney Meyers-Petrov as she navigates Godbole University, a school that seems to contain more secrets than students. Having been accepted into a prestigious program where students are taught to slip between parallel worlds, Delaney soon finds herself hearing voices in the shadows and facing entities that lurk in the dark.
I love the premise of this, and I also love the representation of the main character being deaf. I'm hoping to pick this one up soon. Let me know what you thought of October's box!
Posted by Heather at 8:00 AM