It's been a while since I've done a favorites, and there's been quite a few stuff I've been loving lately, so let's get into it!

1. Re-watching Brooklyn Nine-Nine: I was obsessed with this show when it first came out and watched religiously until midway through season 4 when I moved and forgot to DVR it. Once I heard it was coming back from being cancelled for a hot second, I decided it was time to get back to it. I'm so glad I did. I genuinely think it's one of the funniest shows out there, and it just deepens my love for Andy Samberg.

2. Head over Heels Soundtrack: I saw this show on Broadway in December and loved every minute of it. The whole show used songs from The Go-Go's, and it's just super fun and upbeat, and the perfect soundtrack to dance around to. I've been listening to it non-stop on Spotify, so definitely check it out if you need a quick pick-me-up. 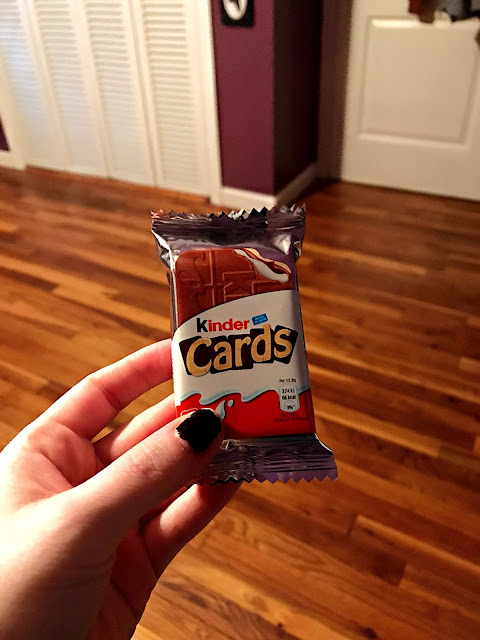 3. Kinder Cards: You know when you're checking out at the grocery store and there's just rows of candy tempting you? Well, they got me. I've had a few other Kinder bars before and loved them, so I knew I needed to try this one. It has a little wafer bottom, creme in the middle and covered with Kinder chocolate on top. I'm so glad the US is starting to sell Kinder more cause it's just so good. 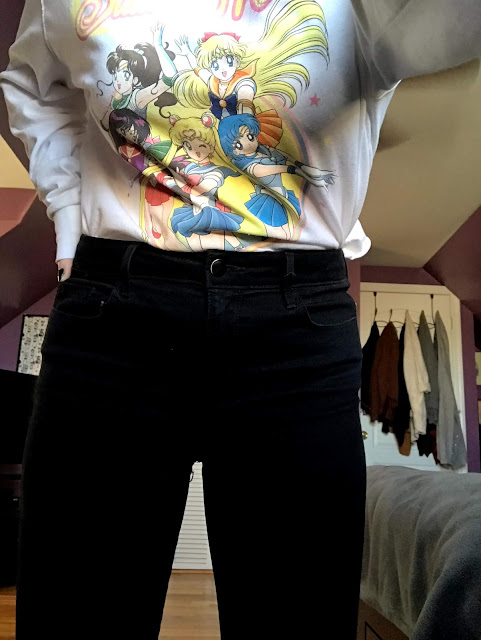 4: Fleece lined jeans: I'm always freezing, like full body shivering as if I'm being electrocuted freezing. Doesn't matter if it's 6 degrees or 76, my teeth will be chattering so much it sounds like they're about to fall out. I've always worn fleece lined tights during the colder months, but then I found out Old Navy sold lined jeans as well, and my world has been just that much warmer. They're also super cozy which is pretty much what I base my wardrobe on.

5. Aggretsuko: This anime is a complete Netflix gem I stumbled upon a few months ago. It follows Retsuko, a mild-mannered red panda who works in an office by day and sings death metal karaoke by night. In two words: SO GOOD. Each episode is only around 10 minutes long, so it's super easy to binge when you need something quick to watch.

Let me know what you've been loving lately!
Posted by Heather at 10:33 AM