This months theme was "Music of the Night", and although it wasn't my favorite box, there were some cool things. Let's get into it. 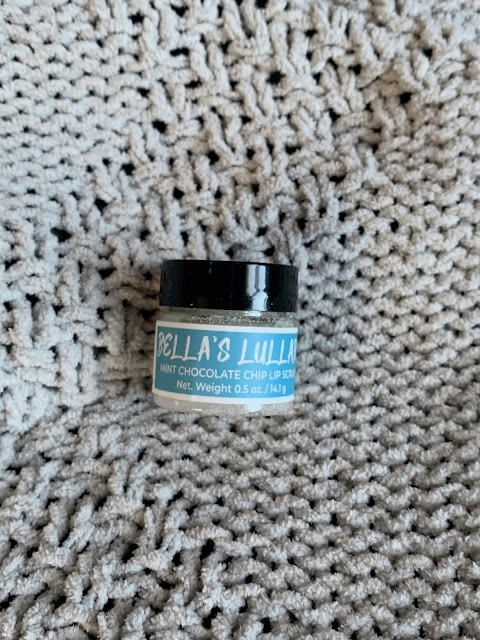 First up was this mint chocolate chip lip scrub by Fairytale Bath Company inspired by Twilight. I'm not a huge fan of the scent, but I've always wanted to try a lip scrub since I get really chapped lips. 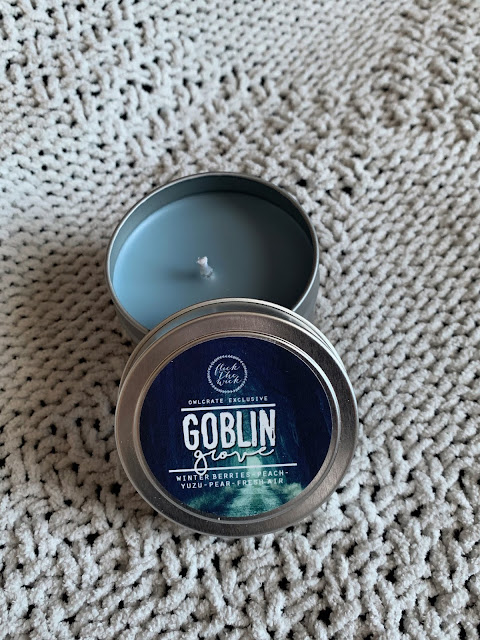 I love when we get candles! This Wintersong inspired one was created by Flick the Wick and I'm obsessed. I've gotten a few candles by them in the past, and they're always so great. This smells a lot of peach, which I love, so I can't wait to light this up. 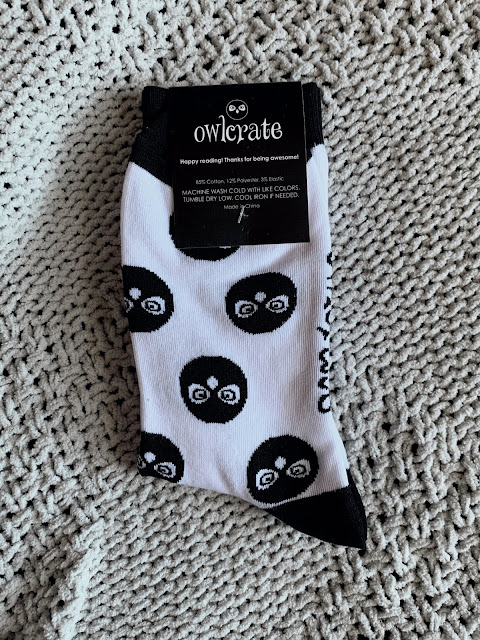 Just like candles, I'm a sucker for a pair of socks! These were an OwlCrate exclusive to celebrate their 5-year anniversary, and just like every other pair of socks they've sent, the quality is so nice and cozy. 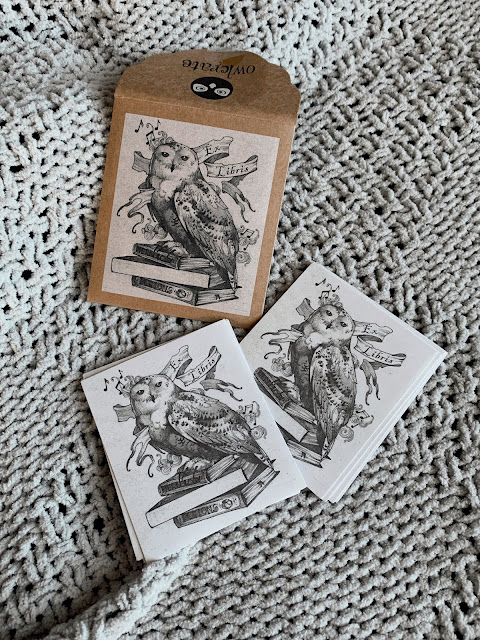 Then we had these book plates by @Veresknatasia_art. The design is very Harry Potter-esque, which I love. I'm not sure if I'll actually use them though, since I kind of don't like the idea of defacing my books, but they're pretty cool. 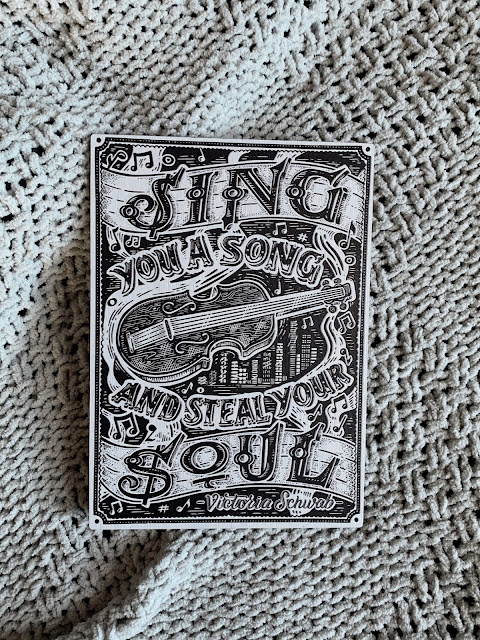 This wooden art print was a new item they included. It was inspired by the Monsters of Verity series and designed by Emilee Rudd. I didn't actually like that series, but I think the print is nice. 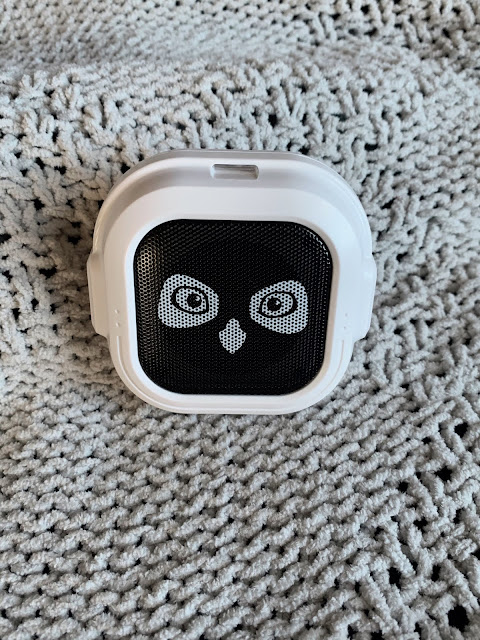 We had this wireless speaker which was another OwlCrate exclusive. These are always convenient to have around, so I'm sure I'll get use out of it. 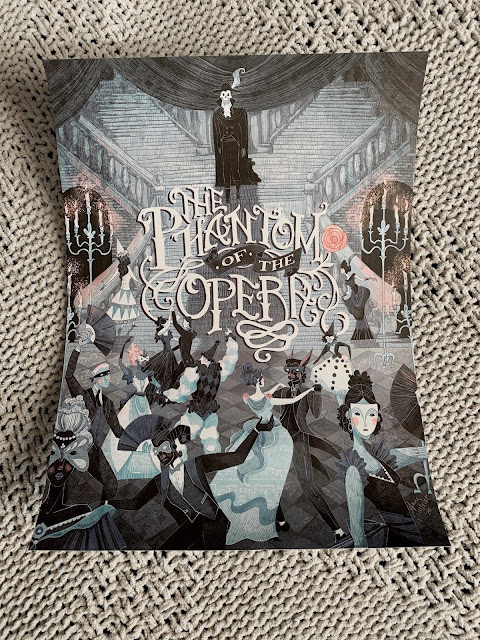 The last item was this The Phantom of the Opera art print by Anne Lambelet.  I've never seen this musical, and I also don't really have any desire to, but the artwork of the print itself is really nice. 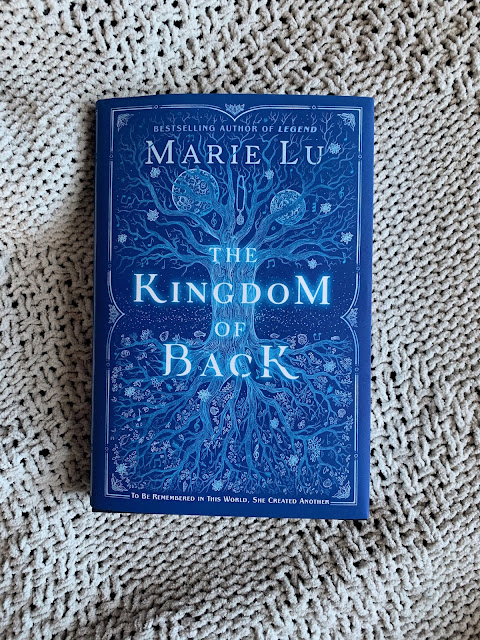 The book this month was The Kingdom of Back by Marie Lu. Everyone knows Mozart, but not many know there was another. Nannerl Mozart is a brilliant musician in her own right, and she has only ever had one wish: to be remembered forever. Despite her talents, she knows her music will never be taken seriously especially since women composing music is forbidden in 18th century Europe. She may play music until she's reached marriageable age, but then she must give it up. With every year that passes, Nannerl's hope of playing music forever diminishes as the talent and word surrounding her brother, Wolfgang, grows. As his talents start to eclipse her own, a stranger approaches Nannerl with an interesting offer-- he can make all her wildest dreams come true but it may cost her everything.

I'm a big fan of historical fiction, especially if it's centered around someone who actually existed, so I'm interested to see how this plays out. Lemme know what you all thought of this box!
Posted by Heather at 9:00 AM