I'm back to talk about some of my favorites from the past few months. Let me know what you've been loving lately! 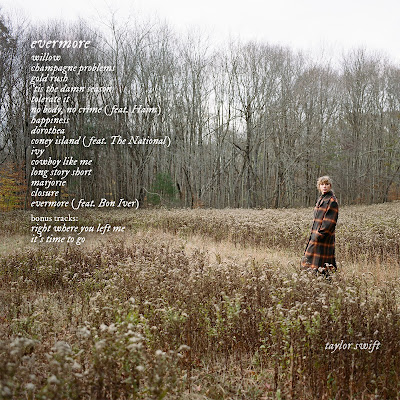 -evermore- Taylor Swift: Are we surprised? I think not. Taylor Swift is really out here getting everyone through a pandemic one album at a time. Both Folklore and this are a delight, but I think I like evermore slightly more. Some favorite tracks are: "willow", "no body, no crime", "ivy", and "long story short".

-"Afterglow"- Ed Sheeran: I've always been a fan of Ed Sheeran and his songwriting skills and this new single is no exception.

-Across the Universe soundtrack: I feel like this is such an underrated musical. It's one of my favorites, but I hate to say I had completely forgotten how good the songs were until I heard my roommate playing it a few weeks ago.

-Bridgerton: Raise your hand if you've also become obsessed with Bridgerton. I binged the entire season once it premiered in December and I'm impatiently waiting for season 2. I've also started reading the books (I'm on the fifth now) and it's a blast. The Viscount Who Loved Me has been my favorite so far, so I can't wait to see how it's going to play out in the show.

-WandaVision: This has been so fun so far! The comedic timing of everyone on the show is on point, and Elizabeth Olsen gives me such Lucille Ball vibes and I love it. Her and Paul Bettany's chemisty is, of course, also a highlight. I have a few theories on how I think the plot is going to play out, and I'm interested to see if I'm right and if so, how much heartbreak I'm in store for.

-Sailor Moon: I always say I want to watch more anime and then the same thing happens: I watch a few episodes and then forget about it and have to start all over again. I'd really like to kick that habit, so I'm starting with my old reliable and re-watching the 90s Sailor Moon. I never missed an episode of this when I was young, so I figured what better way to start then with something I already know I love. Some parts definitely didn't age well, but I've been enjoying in nonetheless. 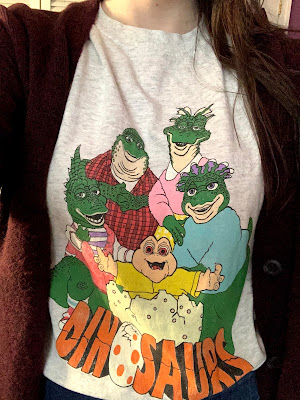 -Dinosaurs T-shirt: Dinosaurs was another show I loved growing up, so once I saw this shirt on ModCloth, I had to buy it. The show was also just added on Disney+ so I think that's another I need to binge soon.

-Microwavable slippers: You all know that I'm perpetually cold. My blood just doesn't believe in circulating well, so I'm basically a human popsicle year round, but especially in the winter time. My mom bought me these slippers for Christmas that you pop in the microwave and they've been a game changer. They are a bit heavy since they have so many of those little heating beads in them, but it's worth it. I'm not sure what brand mine were, but these are pretty similar if anyone's interested!

-Old Navy Sherpa hoodie: As I said, I'm always cold so I'm constantly on the hunt for cozy clothes. Aside from the slippers, my mom also got me this hoodie from Old Navy that has sherpa in the hood and it's the perfect work from home hoodie. My only tiny complaint is that it runs a little small, so while it still fits me fine, I tend to like my sweatshirts a bit oversize for maximum coziness. Other than that, I love it and it's one of the softest hoodies I own.