Hello, all!
As you may know, I'm not a big fan of brunch or breakfast foods, but my mom surprised me with tickets to a Harry Potter themed brunch that was happening at a local bar, and it sounded too fun to pass up. I was definitely a bit apprehensive about it given the current climate, but the place actually took a lot of precautions to make things safe. 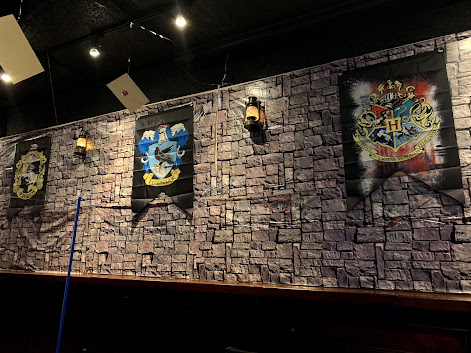 The entire place was decked out in Harry Potter decorations, from house banners hanging from the walls to Hogwarts letters and candles hanging from the ceiling. There was a limited amount of people allowed during each time bracket, and each set of tables had their own plexiglass partitions surrounding it. 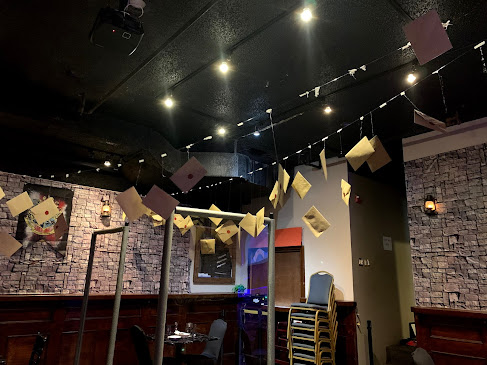 The actual food situation was also done with limited interaction and only one table was allowed up at once, and staff members handled the actual food so it wasn't like tons of people were all over it. They also had a full drinks menu that was potion themed, but I actually don't drink, so I passed on those. While you were eating, they also had The Sorcerer's Stone playing on a big screen that was set up, and someone pretending to be Harry walking around giving "magic" lessons. 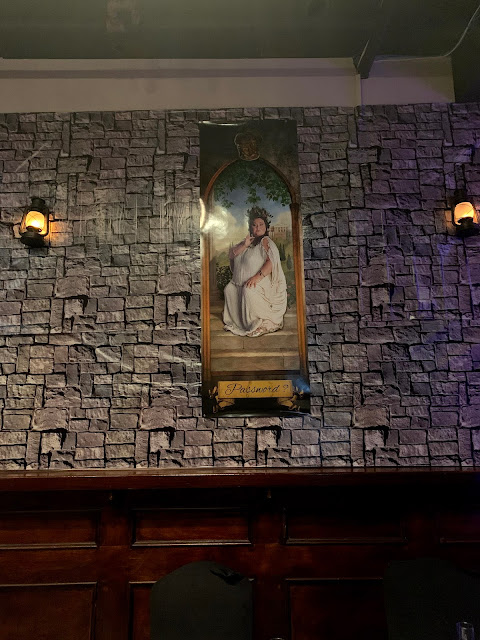 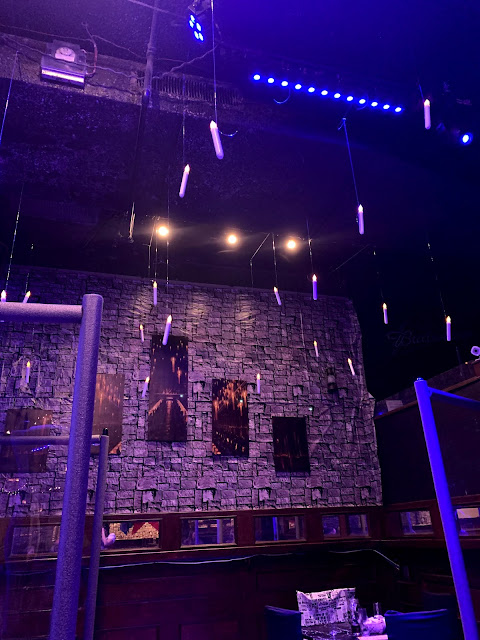 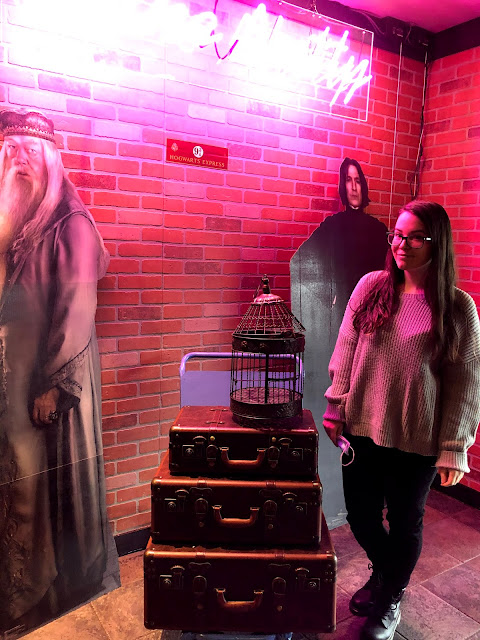 Overall, it was a cute time and it was nice to do something a little different while still adhering to safety guidelines.  Do you all like brunch? Have you ever been to a themed one before?
Posted by Heather at 8:00 AM