The theme for this month was "Peek Behind the Curtain." Let's take a look! 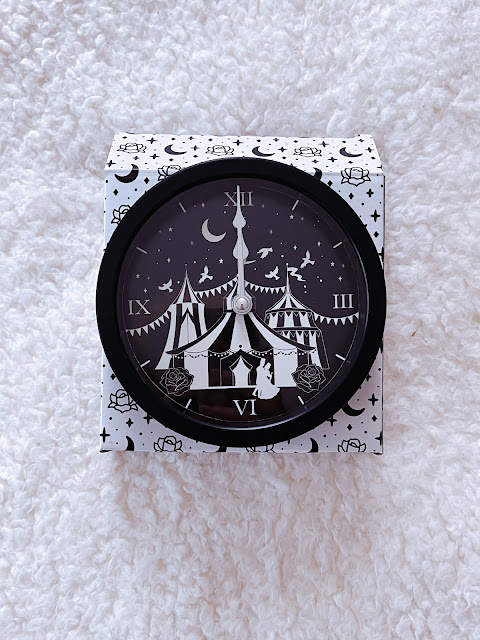 First up we had this clock inspired by The Night Circus. I've never gotten a clock in a subscription box before, so I like that OwlCrate did something different. 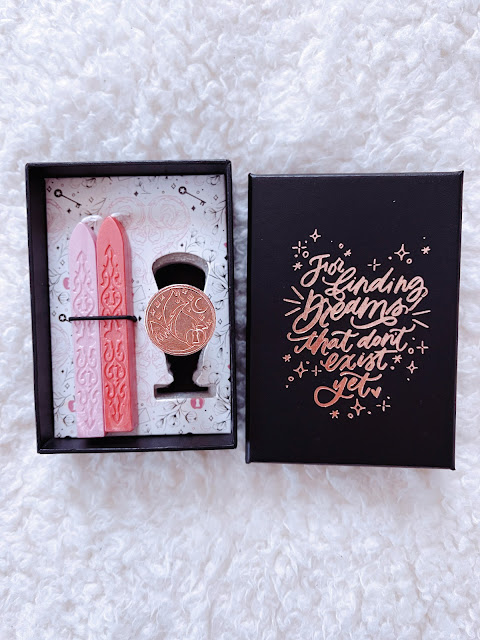 Then there was this super pretty wax seal kit inspired by Once Upon a Broken Heart. I think the fox seal and the wax colors are so beautiful, but this isn't something I'd actually use. 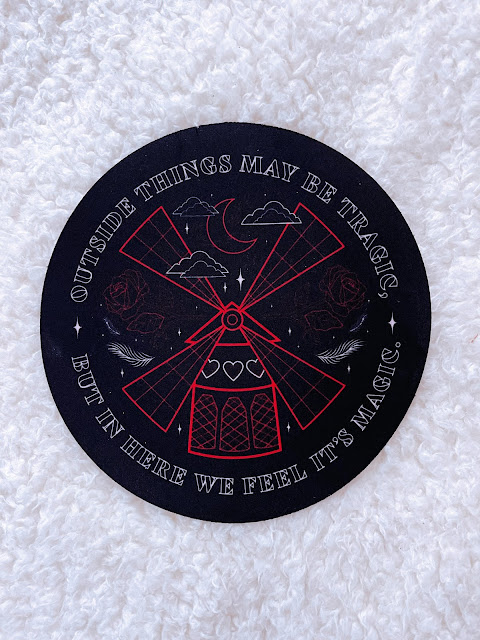 The next two items that were in the box I found to be so random. First was this Moulin Rouge mouse pad. I like the design and practicality of this, but it was just something I wasn't expecting from them. The design also gives me such old-school traditional tattoo vibes which I love. 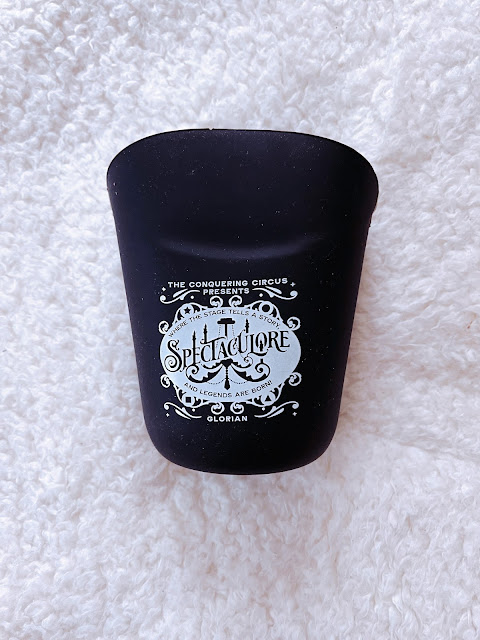 Random object #2 was this silicone popcorn holder inspired by Where Dreams Descend. I would never think to put popcorn into a little holder, so I wouldn't ever reach for this. It also had that overwhelmingly silicone smell which I'm not a fan of. 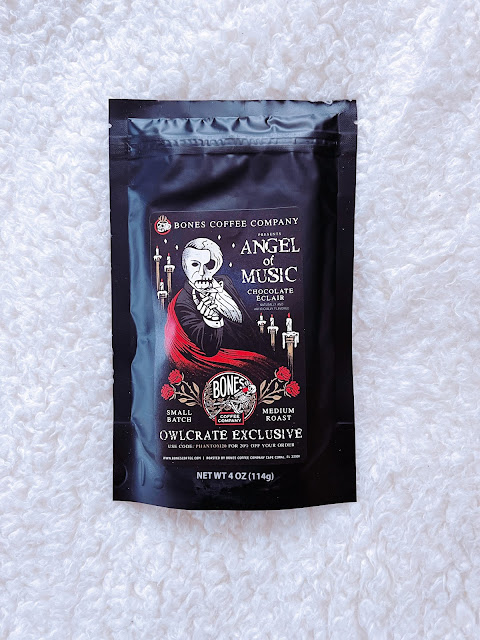 I'm not a coffee drinker, but I so wish I was since this chocolate eclair flavor sounds delightful. Anytime we get coffee in these boxes, I always pass it along to my friend, so I'll just live vicariously through her. 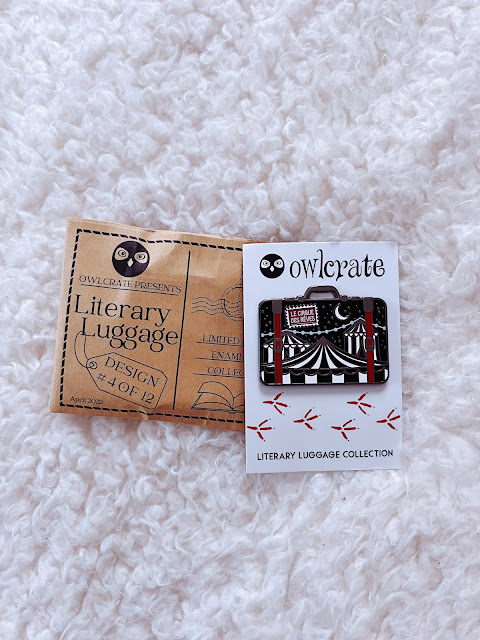 The last item was the next enamel pin in their Literary Luggage collection. This one is obviously inspired by The Night Circus, and I think it's so cute. 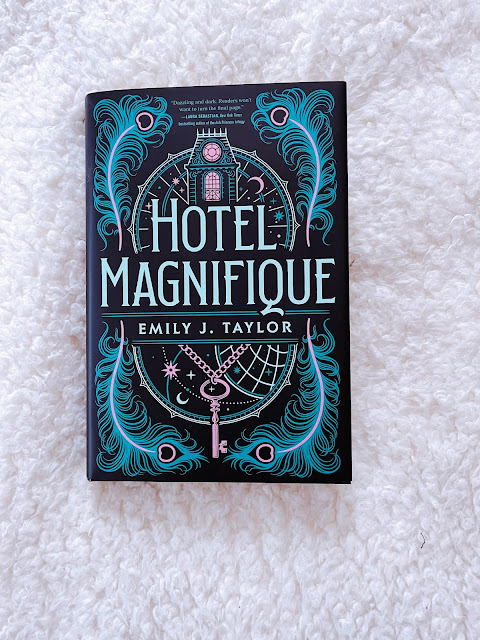 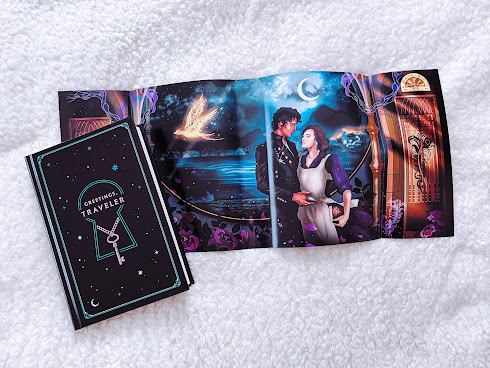 The book for this month was Hotel Magnifique by Emily J. Taylor. Seventeen-year-old Jani has years scraping together whatever she could to provide for her and her sister. But then the mysterious Hotel Magnifique comes to town. The hotel is legendary not only for its whimsical enchantments, but also for its ability to travel—appearing in a different destination every morning. Jani and her sister apply for jobs at the hotel and are soon whisked away on the adventure of their lives. But once inside, Jani quickly discovers their contracts are unbreakable and that beneath the marvelous glamour, the hotel is hiding dangerous secrets.

This book has been on my radar for a little while now, so I'm excited to get to it soon. Let me know what you thought of this months box!
Posted by Heather at 8:00 AM