Hello, all!
The theme for March's box was "Artistic Obsession," let's get into it! 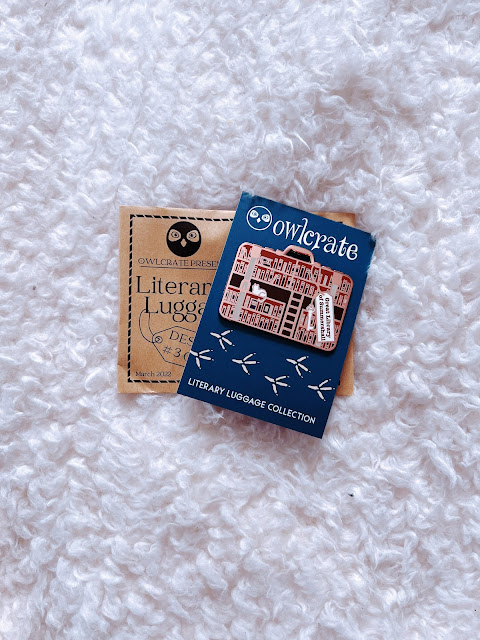 First up, we had the next installment in their Literary Luggage pin collection. This one was inspired by Sorcery of Thorns. I loved that book, and this reminded me that I need to do a re-read soon. 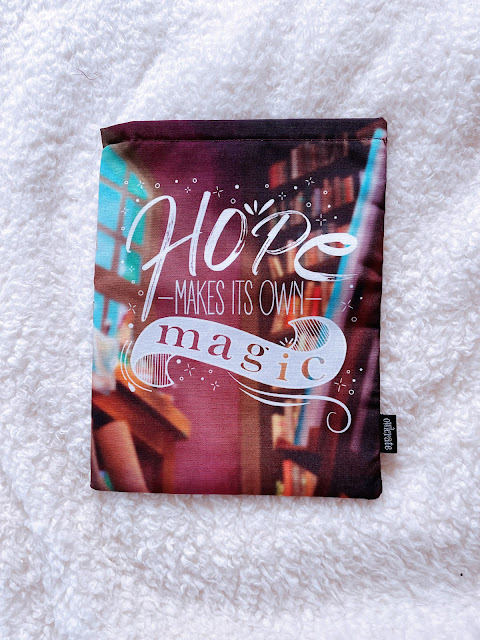 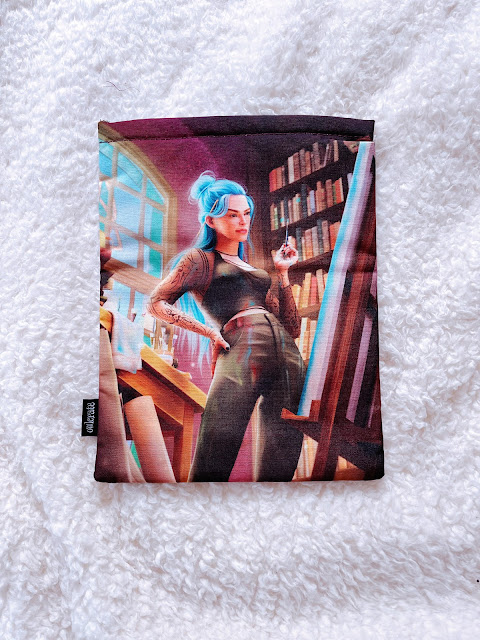 Then we had this book sleeve designed by @bloodydamnit featuring character art and a quote from Daughter of Smoke and Bone. I've never read that series, but the artwork is super pretty. 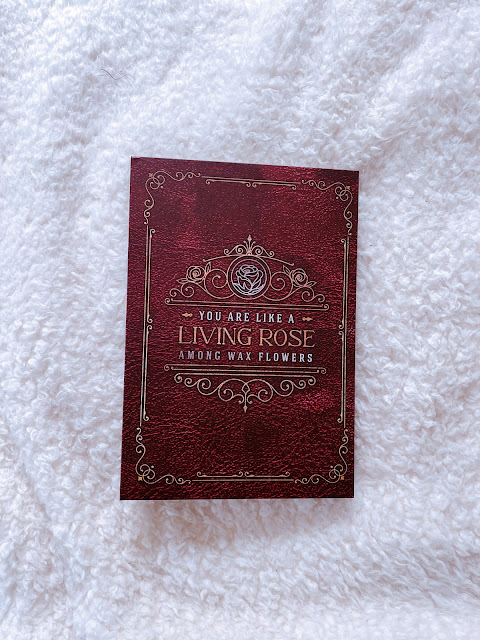 I'm the annoying one in my friend group who always is taking pictures of whatever we do, so this An Enchantment of Ravens inspired photo album by Stella Bookish Art is perfect for me. 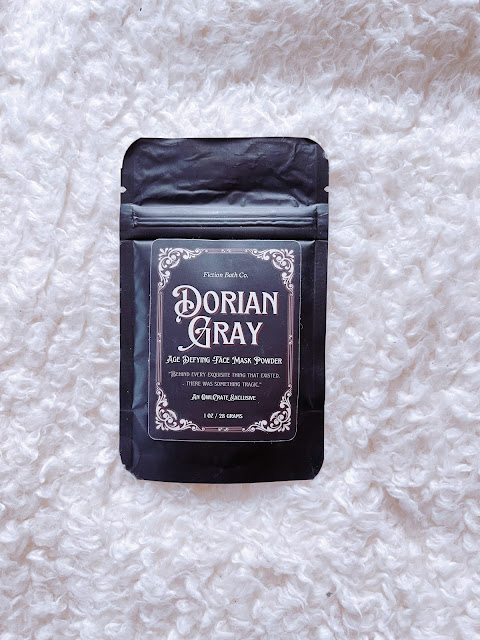 As I've mentioned in the past, I'm always weary of getting face/bath products in subscription boxes since I have such sensitive skin, so I know this face mask by Fiction Bath Co is an eczema flare up waiting to happen. I like the concept, but I know it just won't work for me. 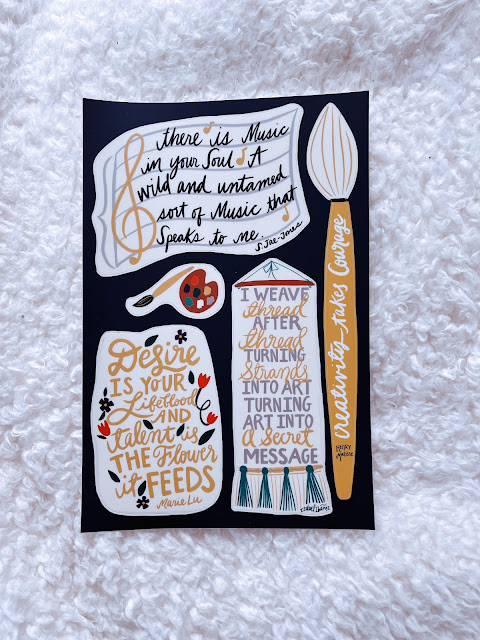 Then there was this sticker sheet by Isabel Inañez featuring quotes from Wintersong, The Kingdom of Back, Woven in Moonlight, and Henry Matisse. I always put stickers in my journals, so I'm sure I'll find some use for these. 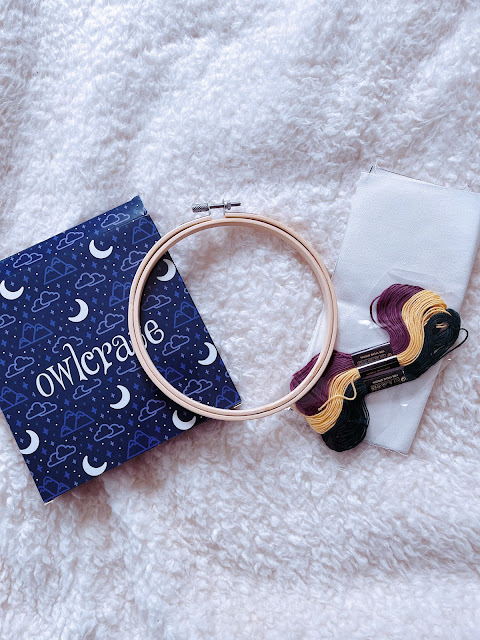 The last item we received was this Night Court inspired embroidery kit. I love the idea of this, but realistically, I don't think I'd ever have the patience for this. 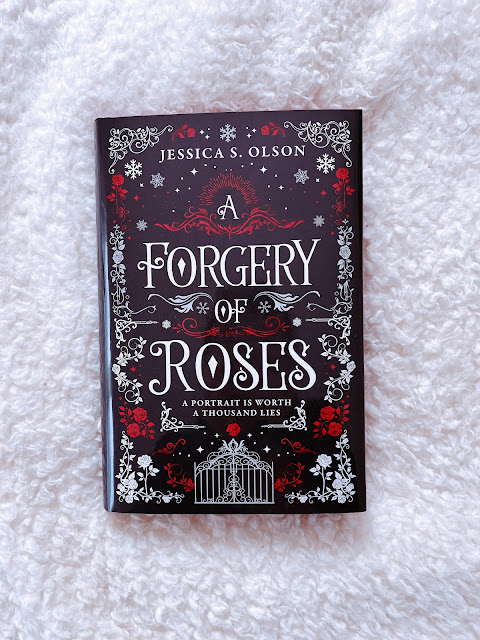 March's book was A Forgery of Roses by Jessica S. Olson. Myra Whitlock has a gift that many would kill for. She's an artist whose portraits have the ability to alter a person's real-life body. Guarding her secret is the only way that she can keep her family safe. But one night the governor's wife discovers Myra's secret, and blackmails her into creating a portrait to resurrect the governor's dead son. Once Myra arrives at their mansion, it's clear that the son didn't die under natural circumstances. Myra then turns to the eldest son and together they dive into the family's secrets, hoping to uncover the truth before it's too late.
I saw this described as a gothic murder mystery, and I mean, say less. It sounds right up my alley, and I'm hoping to pick it up soon. Let me know what you thought of this box!
Posted by Heather at 8:00 AM