Today I took a trip to Barnes & Noble with the intention of buying a gift for a friend, buuuut seeing as how it is physically impossible for me to go into B&N for only one thing, I picked up a few things for myself as well. I don't even need anything new to read, but that will never stop me. Side note: If anyone has any suggestions on anything they've read lately, let me know! See? I can't help it.

So, let's get started: 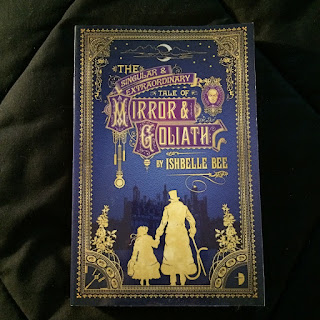 The Singular & Extraordinary Tale of Mirror & Goliath by Ishbelle Bee: I actually bought this one awhile ago, but it was so so good I had to mention it. It's about a little girl, Mirror, who after being stuffed into a clock by her grandfather, becomes something more than human. She's rescued by a policeman (Goliath) who then becomes her protector, oh and also, he's a shape-shifter. If that wasn't enough, the two of them are being tracked by the ever-so creepy, John Loveheart, who is the adopted son of Mr. Fingers, the demon lord of the underworld. Mr. Fingers wants to capture and eat Mirror because her soul is the key to his eternal reign. It is so well written and the storyline is so different and exciting. I finished this in about two days because I just couldn't put it down. 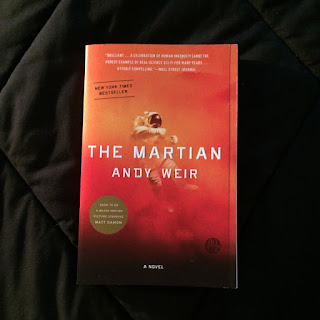 The Martian by Andy Weir: I heard that this was becoming a film, and then I saw a clip of it and then I decided I needed to read it. I always like reading a book before seeing the movie adaptation, then pointing out all the differences to myself (or whoever's around me, whether they want to hear it or not.) The story is about astronaut Mark Watney who gets trapped on Mars after a dust storm causes his team to evacuate. He has no way of reaching Earth, and even if he did, he doesn't have enough supplies to last until a rescue team could get to him. All he has are his brains, engineering skills and the will to stay alive. The man ringing me up at the store told me that it was really good as well and that I wouldn't want to put it down. That's some big talk so I hope he's right. 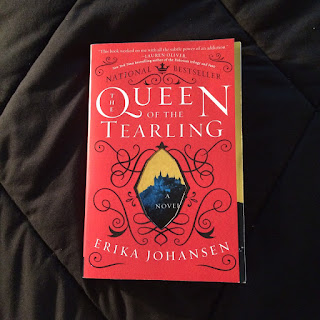 The Queen of the Tearling by Erika Johansen: There's a pull quote from a USA Today review on the back of this book that says, "The Tear is just as easy to get sucked into as Westeros or Hogwarts or Panem." How can you pass that up?! The story follows Princess Kelsea Raleigh Glynn and her upcoming 19th birthday and ascension to the throne as Queen of the Tearling. The young princess is surrounded by enemies (including an evil sorceress, because no princess story is complete without one), but she finds she has some pretty impressive weapons of her own. With a war approaching, Kelsea must race to save her kingdom and meet her destiny. 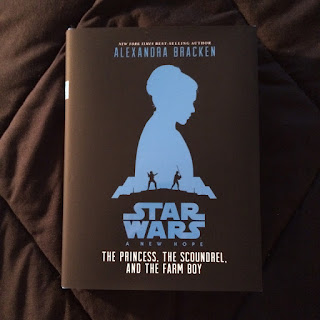 The Princess, The Scoundrel, and The Farm Boy by Alexandra Bracken: If it's about Star Wars, I'm all about it. This is a re-telling of A New Hope, and according to the synopsis on the jacket, it takes a deeper look into how exactly the trio crossed paths and became the legends that they are. While flipping through the pages, I also noticed that there are drawings here and there that correspond to the story line which look really fun and almost like they were plucked right from the story boards of Lucas and the gang. 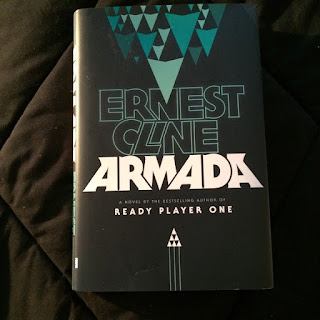 Armada by Ernest Cline: Ready Player One is one of my favorite books, so naturally I had to give this a go as well. I just love the way that Cline weaves pop culture references in to every nook and cranny of his stories. In this one, a high school student named Zach notices a UFO while staring out the window of his classroom. This isn't just any UFO though, it's one that he's seen every night while playing one of the most popular video games, Armada, in which players have to defend Earth against alien invaders. Zach then gets picked up by the ship and there he and other recruits learn about the Earth Defense Alliance (EDA), and how the video game was actually set up to find the best drone pilots to help with an impending alien attack. While going through all this, Zach finds his father that he thought was dead and that there may be more to the attack than meets the eye. 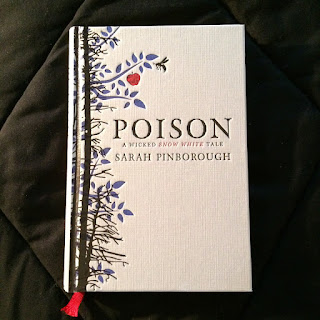 Poison by Sarah Pinborough: I had been eyeing this book for a while because the cover is just so nice. I love the simplicity of it and I'm a sucker for a ribbon bookmark. This is another one I got awhile ago but had to add. Again, this is a retelling of Snow White but more from the point of view of the Evil Queen. It's a bit more like the original fairy tale, a bit darker than the shiny Disney version that most people are familiar with, but it's definitely one to check out if you like fables. I saw a few other fairy tales done in this style, so I think I probably need to pick those up as well! 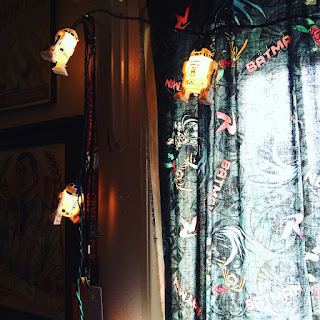 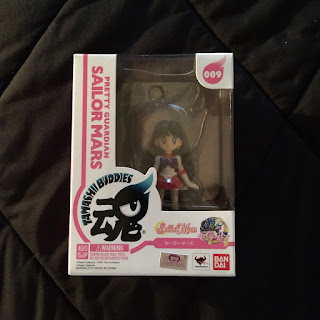 And just because I love toys, I had to pick up some R2-D2 string lights and my girl Sailor Mars :]

Have any of you read any of these? What'dya think?
Posted by Heather at 4:18 PM