So, since it's September and my favorite season fall is right around the corner, I figured I'd let you guys in on some of my other recent favorites. 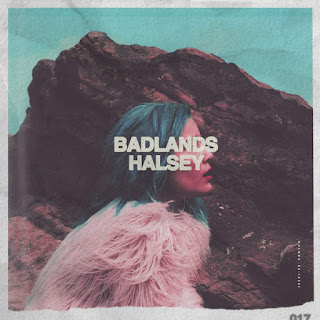 1. Badlands - Halsey: I discovered Halsey a few months ago from a gif set that I saw on Tumblr, and I've been a fan ever since. This record just came out at the end of August and I'm not even kidding when I say it's been on repeat ever since. Definitely check out "Roman Holiday", "Colors" and "Control" if you're looking for some new tunes! 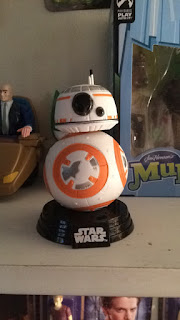 2. New Star Wars toys: I didn't go out on Force Friday when all the new toys were released (very large chaotic crowds and my anxiety do not mix well!), and I'm a little bummed I missed out on most of the good stuff, but I'm really glad I was at least able to pick up this little cutie. 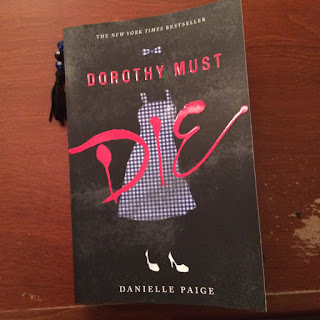 3. Dorothy Must Die by Danielle Paige: I've always loved The Wizard of Oz, but lemme tell you, we're not in Kansas anymore. Danielle Paige takes the story we all know and love and goes in a totally different direction, and it's great. Basically (without giving too much away), Dorothy goes back to Oz and takes over with Glinda and makes a right ol' mess of everything. The characters that we all know are completely unrecognizable-- the Scarecrow is a mad scientist who uses his brains to experiment on living beings, the Tin Woodsman is head of a brute force military squad, and the Cowardly Lion runs wild destroying villages and eating the fear out of innocent people. Then a tornado drops in another girl from Kansas who joins up with the Revolutionary Order of the Wicked, and just as the title reads, must kill Dorothy. It's such a page turner, and it also had two prequel novellas that are available as e-books which help set everything up--No Place like Oz and The Witch Must Burn. 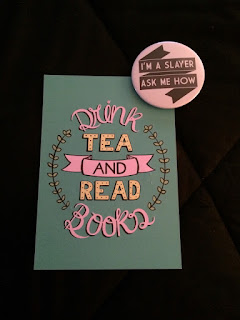 3. Raspberry Finch Etsy shop: This one is thanks to Ashlee for posting a link to this shop in one of her posts. Once I saw that poster (which is pretty much my motto in life) and that Buffy pin, I knew they had to be mine! Everyone needs to check this shop out for all its geeky goodness. 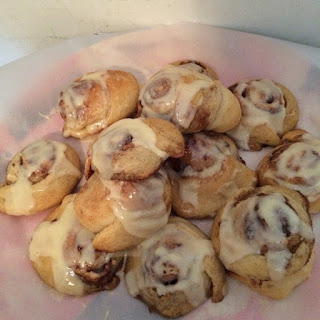 4. Homemade cinnamon rolls: I had to use up some of my vacation time at work last month, so I figured I would use that time to try tackling these babies. "Love" isn't even a strong enough word to describe my feelings about cinnamon rolls. I had always wanted to try making them from scratch, but all the recipes I had seen looked way too complicated and time consuming. Then I found one that said it only took 30 minutes, so I figured it was worth a shot, and I'm so glad I made them. They were aaaaaahhhhmazing and gone in a flash. If any of you would like me to put up a post of how to make them, let me know! 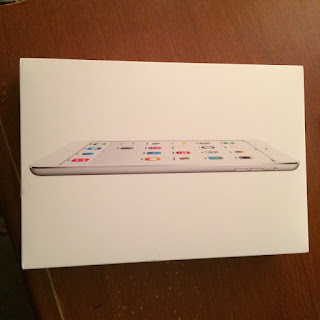 5. iPad Mini: My mom and I work for the same company, and we recently had our appreciation dinner (which is basically just a nice thing the bigwigs do to say thank you for all the hard work everyone does) and they give out prizes to everyone. A majority of the gifts are just little things like wine bottles, gift cards and things like that, but then they have 3 big prizes and this was one of them. My mom actually won this, but since the most tech savvy thing she can muster is turning her phone on, she gave it to me. I never really had any need for an iPad mini, but now that I have one, I love it. It makes reading the comics on my apps way easier too, so I'm all about that.

And last but not least, 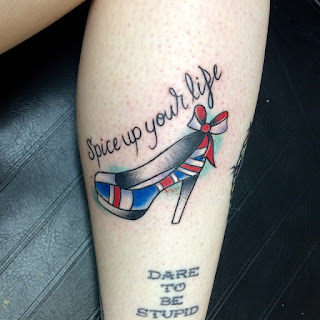 6. My new tattoo!: I don't think I've ever mentioned this, but I have quite a few tattoos. I've always loved tattoos, whether just in flash prints or actually on someone, and I was so pumped on finally getting this one. If you couldn't tell, it's Spice Girls related. Everyone always thought I was joking when I said I wanted a Spice Girls tattoo, but they were very important to me growing up. My friends and I even got to go to their reunion tour back in 2008, and it was one of the best nights of my life, and if the rumors are true about them reuniting again, I will be the first in line for tickets. Now, I'll forever be about the Girl Power.

What are some of your favorite things recently? Let me know!
Posted by Heather at 8:07 PM