Before I get into this months box, I just wanted to say that I saw the Beach Boys last weekend, and holy cow do they put on a fun show. They still sounds exactly the same as they do on record, and my favorite part was about half way through the show they took a 15 minute intermission and as everyone was yelling for them to stay, they just go, "We're all in our 70s, we need to take a quick nap and then we'll be right back." It was a night full of singing and dancing with my Mama and it was just so fun. 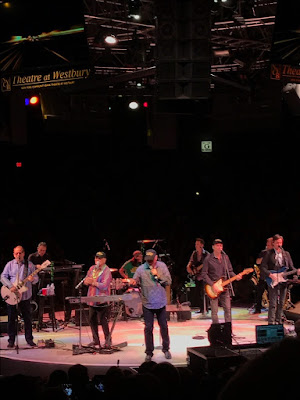 Ok, now for the box! This months theme was Across the Galaxy and I was super pumped about this one. I've always been really into space and I love me some sci-fi, so I couldn't wait to see what kind of goodies they were going to send. So let's get to it. 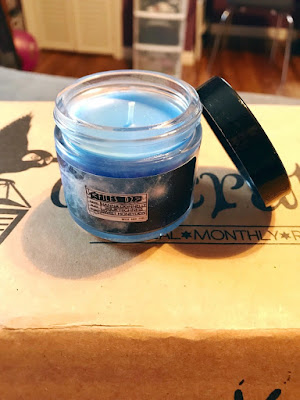 The first thing I noticed upon opening the box was that something smelt delicious. Turns out it was this little baby. It's a candle made by Wick & Fable and it's inspired by The Illuminae Files. OwlCrate sent out two different scents based on the heroines of the story, I ended up getting the Hannah Donnelly scent which is sweet honeydew, and lemme tell you, it is in-credible. I almost don't want to burn it because I don't ever want to run out of it. 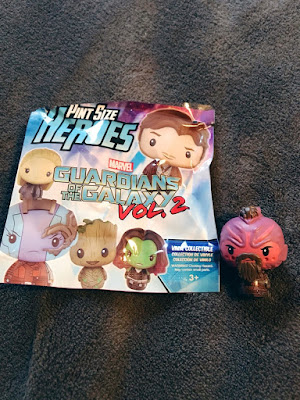 I love the pint sized Funko characters, I think they're so cute. I mean, just look at how adorable tiny little Taserface is. 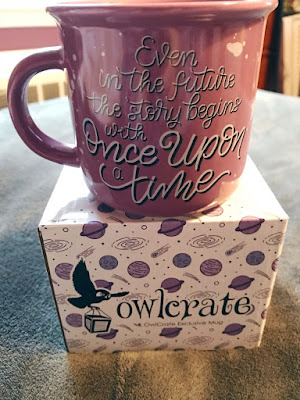 Next up was this mug from Sasha Natasha based off the Lunar Chronicles series. I actually haven't read this series yet, although it has been on my Good Reads list for a while now. Maybe this'll finally give me the push to actually read it! 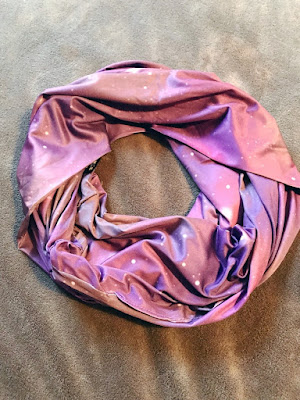 As I said before, I love space, and I also love infinity scarves so when you mix the two together it's a wonderful thing. This was designed by OwlCrate and it feels like such a high quality material and it'll be perfect for this winter weather we're currently having in Spring here in New York. 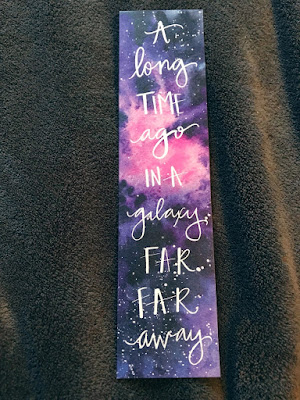 Do I even need to reiterate how much I love Star Wars? I was so excited to see what they included from everyone's favorite space opera, and this hand painted bookmark from Lexy Olivia did not disappoint. 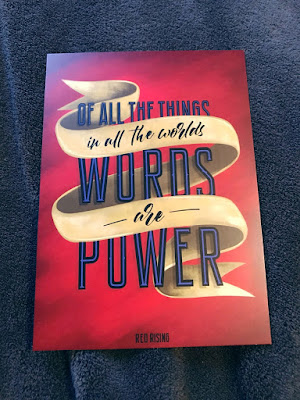 This actually wasn't an actual item in this months box, it was just an ad for Nerdy Post, but I just thought it was too cool not to include. It's a quote from Red Rising and it was one of my favorites from that book. 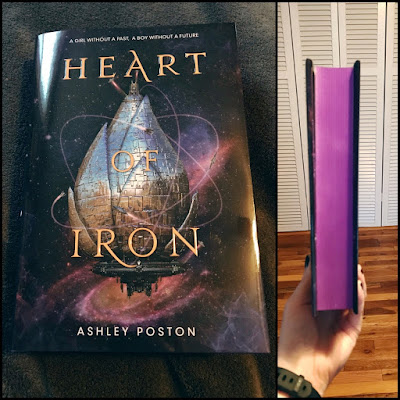 Now for the book! This month they included Heart of Iron by Ashley Poston. This story follows an orphan named Ana and her android BFF on an epic adventure through space. Ana is searching for the coordinates of a lost ship that could help save her android, who has been glitching more than usual. Of course, things don't go as planned and they get tangled up with an enemy, which causes them both to become fugitives on the run. What they stumble upon in a hidden corner of the universe will change their futures forever.

Once I heard the theme for this month, I knew it had to be this story. I had heard a bunch about this book and how it's supposed to be a re-imaging of Anastasia only in space, and how there's some Firefly-esque vibes, which I am completely here for. I also really love the dyed pages that was exclusive to OwlCrate. I just think dyed pages on books are so pretty and that purple is beautiful, so I can't wait to dive into this one. Has anyone read this yet? If so, lemme know what you thought!

I hope everyone has a lovely weekend!