This time last year I was in Salem, MA and I knew I wanted to do another spooky-ish trip for my birthday, so my mom and I stayed a bit local and went to Sleepy Hollow. The whole thing came about in a funny way; I had mentioned how I wanted to do a day trip up there, and literally the next day, there was an ad for an overnight trip with our local library which we jumped on.

I had never done a library trip before (I actually never even knew they were a thing), so I wasn't sure what to expect, but it turned out to be pretty cool. It was a two day trip, and jam packed with stuff, so I'm going to break it down by day. Here we go!


Day 1: We had to meet at the library to leave at 8 on Sunday morning, and it was about an hour and a half drive to our first stop, Washington Irving's Sunnyside estate. 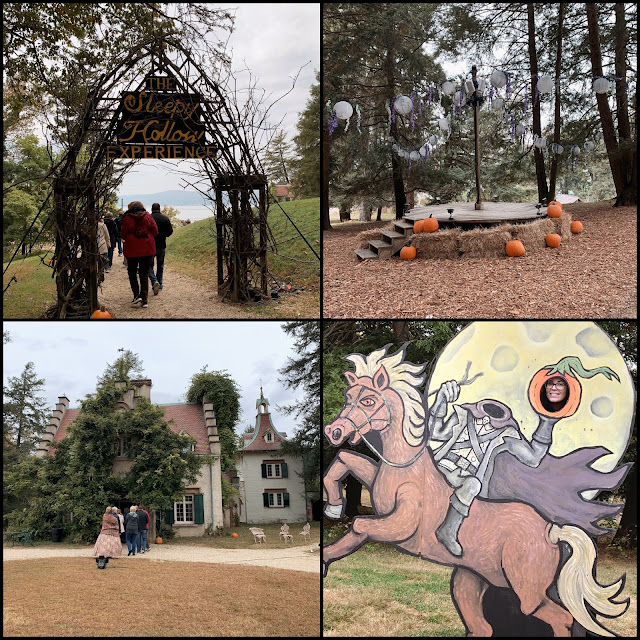 The whole grounds and house was so gorgeous. It has this super pretty view of the water and the house seems so cozy and intimate. There were also special items like books and pictures they brought out of their archives for the 200th anniversary of The Legend of Sleepy Hollow. Everything was so interesting and I loved seeing where Irving came up with his iconic stories.

After the estate, we were dropped off on Main Street in Irvington, and the tour group went our separate ways for lunch. My mom and I found this cute little cafe called the Black Cat Cafe, and got some pretty decent, albeit a tad overpriced, sandwiches and tea and just hung around the town. There weren't a lot of stores we could walk around cause a lot of the places were closed which was a little disappointing. Then we met back up with our group to go see The Legend of Sleepy Hollow musical. It wasn't bad but it wasn't the best play I've ever seen. The music was pretty good, but the sound was a little off so it kept cutting in and out a lot.

Once the play was over, we went to check in to our hotel and get dinner. Then later in the night we headed over to The Great Jack-O-Lantern Blaze. This was hands down my favorite thing about the trip. I had heard of this place before, and was so excited to see it. It's basically thousands of intricately carved pumpkins, everything from regular jack-o-lanterns, to elaborately designed pumpkin bridges. 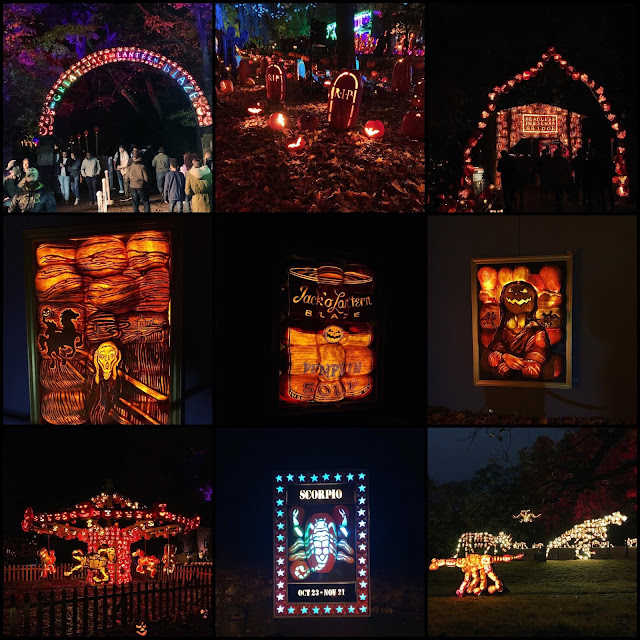 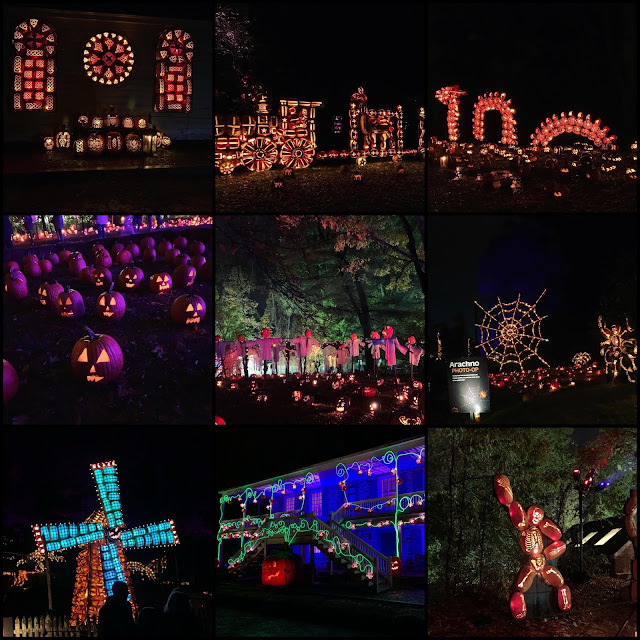 My favorite part of the Blaze was the pumpkin planetarium they had. All the pumpkins had stars carved in them and the lights would go from pinks and reds to blues, and it was so pretty. 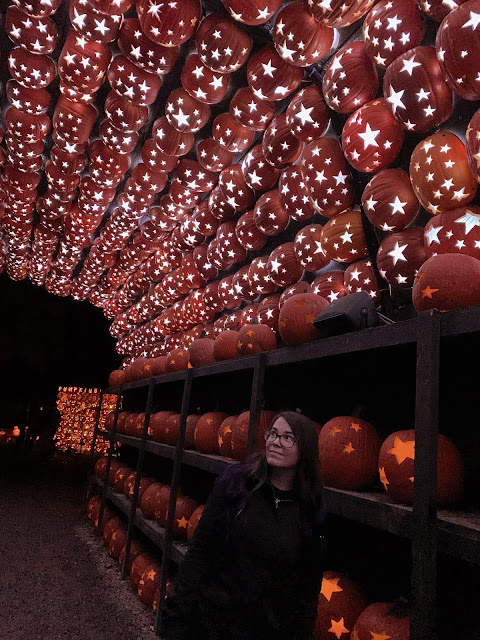 Day 2: We left our hotel around 9 and went to the Old Dutch Church to see Washington Irving's grave. The cemetery was really old and pretty. Our guide even showed us the graves of the real people who were Irving's inspiration for some of his characters. I thought it was so cool to see where Irving was laid to rest and how they even decorate around him for the season. We also saw a few other vaults around the grounds, and even got to walk inside one of them which was very on brand for this time of year. 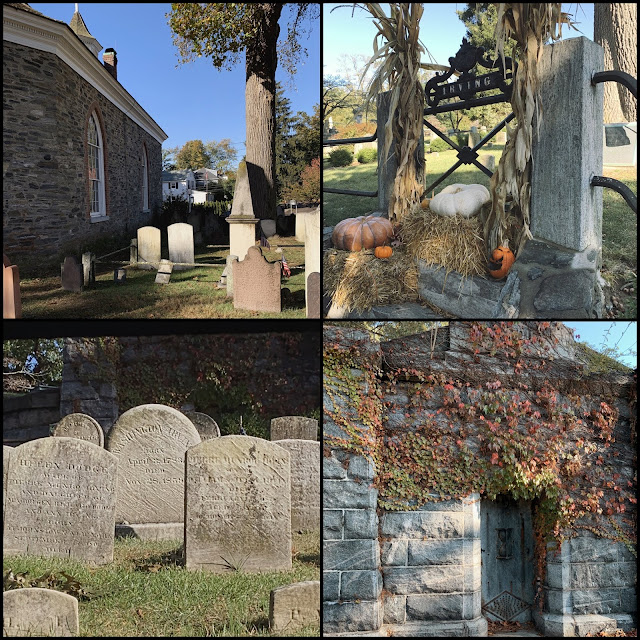 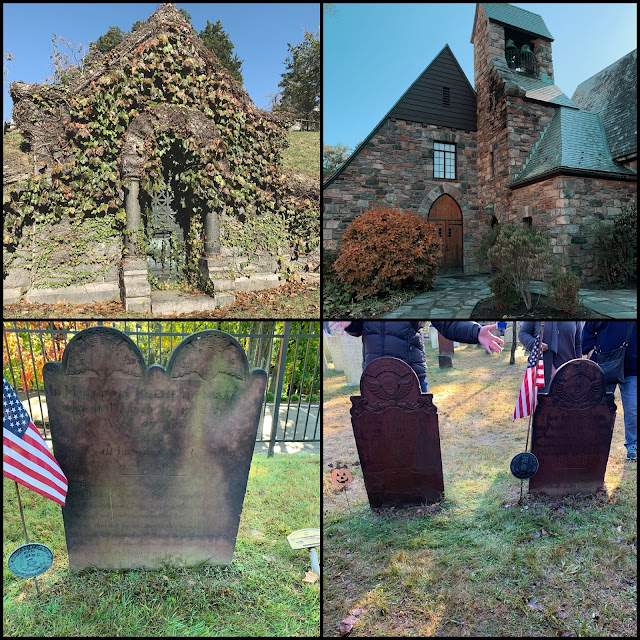 After the church, we went to another church called Union Church of Pocantico Hills, which is famous for its stained glass windows by Chagall and Matisse. This stop was interesting, but not something totally up my alley. We also weren't allowed to take any pictures.

The last stop on our tour was the Rockefeller estate, Kykuit. The tour was over 2 hours (which was slightly too long, in my opinion), and we went around the first floor, grounds, and art galleries of the estate. The whole place was so gorgeous and has this amazing view of the Hudson and Palisades. 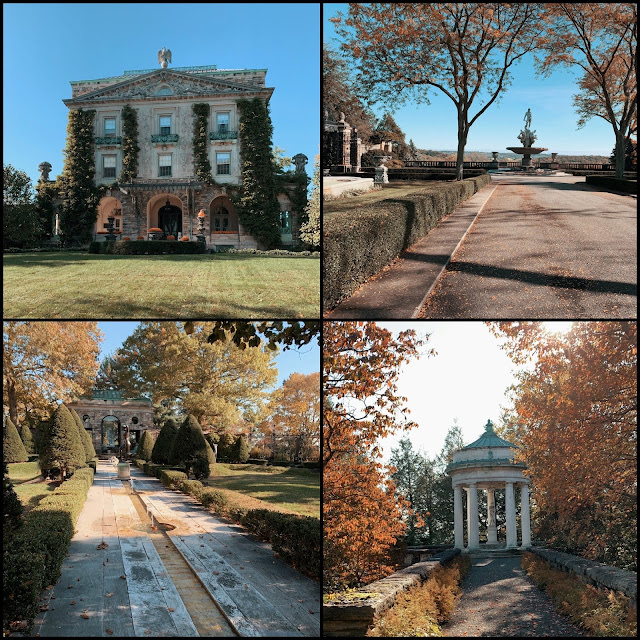 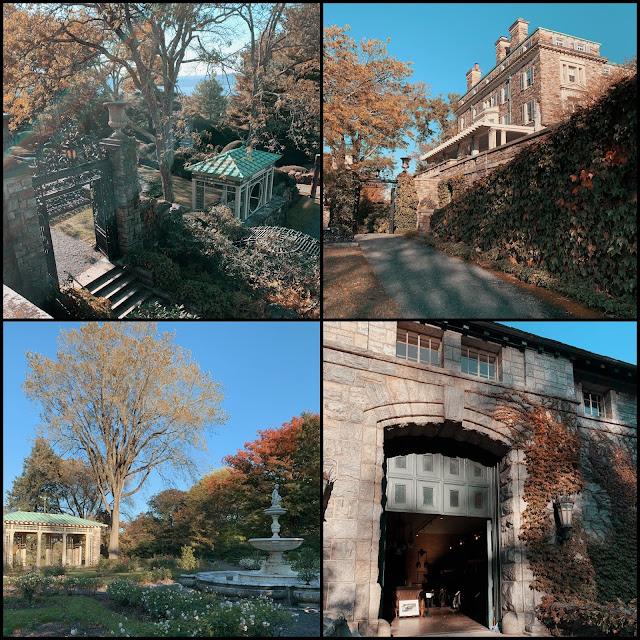 After the tour wrapped up, we all hopped back on the bus to head home. It definitely was an interesting trip and despite it not being as spooky as I had imagined, it was pretty cool and informative and I'm glad I got to check it off my list of places to see.
Posted by Heather at 9:11 AM