So this week’s topic is a fun one. I took the liberty of picking from people alive or dead, so here are a few people I wish I could pick the brains of. 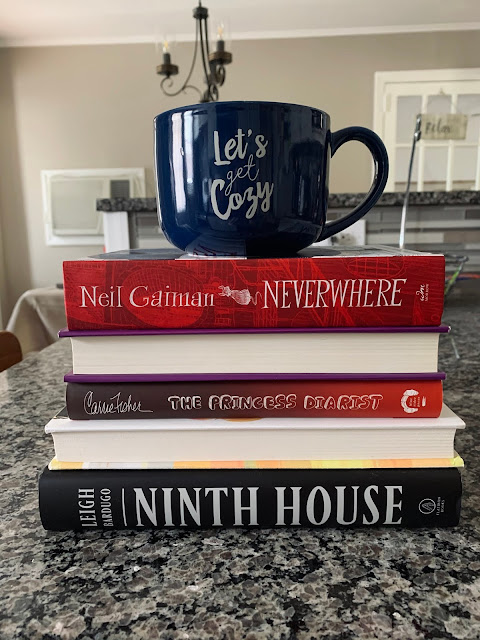 1. Neil Gaiman: He’s one of my favorite authors, and he just seems like he’d be a really nice, chill guy to listen to. He actually narrates most of his own audiobooks and his voice is so soothing. It’d be the most relaxed time ever.

2. Carrie Fisher: I would’ve done anything to have been able to meet Carrie Fisher. She was so brutally honest about the way things are and who she was. It was inspiring. I’m sure she had tons more hilarious stories to tell.

3. Stan Lee: I once saw him in passing at a convention and he was the most jovial older man I’d ever seen. He just always seemed so stoked to be wherever he was. I would’ve loved to just sit with him and talk about all my favorite comic book characters.

4. George RR Martin: I’d pick this one for the simple fact that I want him to tell me his version of the end of Game of Thrones because the show ruined it for me.

5. Leigh Bardugo: I’ve mentioned a lot how much I love her, so of course I’d want to hang out with her. She has this Stevie Nicks-witch who lives in a cottage on the outskirts of town-vibe that I really dig, and I think we’d hit it off fabulously.


Who’re some authors you’d pick? Lemme know!
Posted by Heather at 9:00 AM