There are so many great villains in comics. Here are just a few DC ones I enjoy. 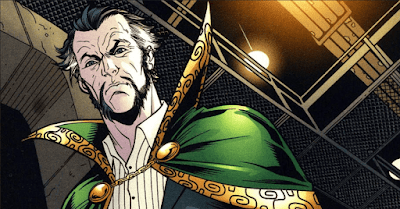 1. Ra’s al Ghul: There are a ton of formidable villains in Batman’s rogue gallery, but I’ve always thought Ra’s was one of the top contenders. He’s one of the few who are at Batman’s level, be it mentally or physically. Ra’s is ancient, and as the leader of the League of Assassins, he’s a master manipulator (just ask Damian Wayne.) 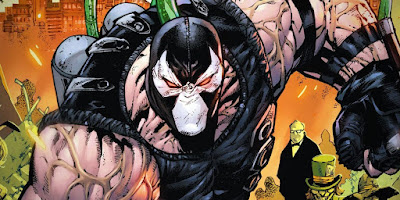 2. Bane: I know most people pick the Joker as their favorite Batman bad guy, and while I do enjoy him, Bane was always a step up in my opinion. He’s the man who broke the Bat, for cryin’ out loud! He completely shattered both Batman’s body and mind, and that panel of him breaking the Bat’s back is forever imprinted in my mind. 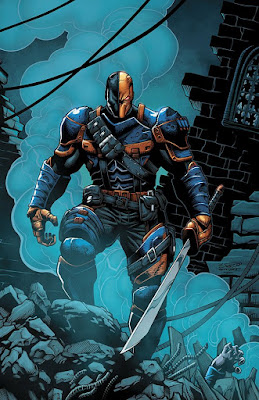 3. Deathstroke: I always find characters who straddle the line between good and evil to be the most fascinating of all, and Deathstroke is definitely one of those types. Even though he’s teamed up with heroes like the Teen Titans before, he can’t deny what his true nature is: he’s a killer with no remorse and never hesitates to take out a mark. 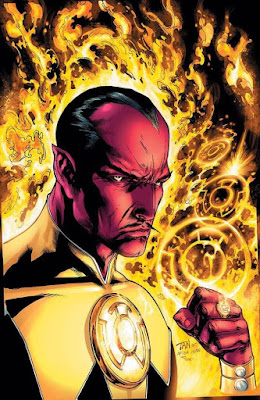 4. Sinestro: Ego is usually a running theme in the personality of villains, and no one has as much ego as Sinestro. He used his yellow power ring to enslave his home world and wield fear way before his fall from grace in the Lantern Corps. He also joined Lex Luthor’s Legion of Doom, so obviously he’s not that great a guy. 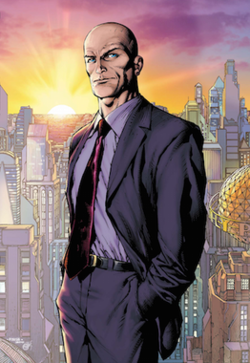 5. Lex Luthor: Speaking of the devil. In the most layman’s terms: this guy just sucks and he's the one everyone loves to hate.

Lemme know some of your picks!
Posted by Heather at 9:00 AM