I've always been interested in history and spooky things, so my dream trip has always been to go to Salem, MA. Now, I'm super happy to report that I just spent three wonderful days exploring the Witch City and it was just as great as I imagined.

My 30th birthday is coming up very soon (way sooner than I'd like to admit) and my lovely mom planned this back in January as my present, and it was the best gift I could've received. I'm going to break the trip down into multiple posts, just so it's not super overwhelming, and so that way I can put things into day order. So, without any further ado, let's start with the first day!

We left around 5 in the morning because we wanted to beat as much of the NY traffic as we could, and we ended up making really great time and got to Salem in about 4 1/2 hours. We stayed at The Salem Inn, which was a very nice old historic building right in the heart of all the witchy happenings. The only thing I wasn't too keen on was because it was such an old building it was pretty drafty, so I slept with three blankets every night and still was a bit cold. Then again, I usually run colder than everyone else, so it may have just been me cause my mom was sitting pretty the whole time. 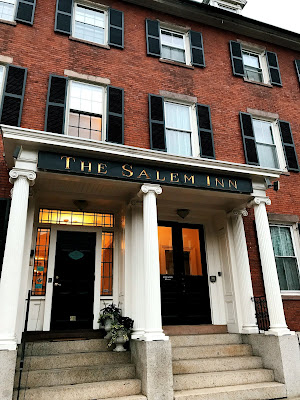 Since we got to the hotel so early, our room wasn't ready, so we dropped off our suitcases in the lobby and went to explore. A lot of the attractions and tours and whatnot were on Essex St, which was just around the corner from the hotel, so we just walked it for a bit (there was a street fair going on so the street was blocked off and had tons of vendors everywhere), visited the Bewitched statue, had a nice little snack at this vegan bakery (they had the best cinnamon rolls) and then at noon we had tickets for Count Orlok's Nightmare Gallery. This museum is a monster movie lovers dream. It was filled with wax figures of everyone from my girl Elvira, to the Creature from the Black Lagoon, to Chucky. Unfortunately, you weren't allowed to take pictures inside, but I did hide behind things to get a few shots because I just couldn't help myself. 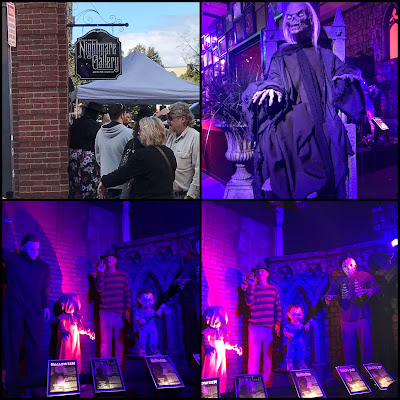 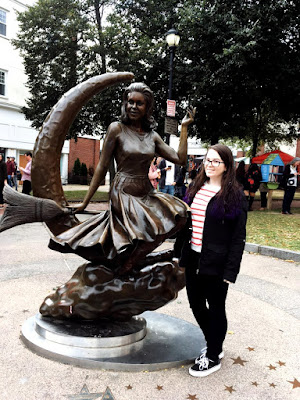 After we went through the exhibits, we had the opportunity to meet Tony Moran, the actor who plays Michael Myers in the Halloween movies, and he was so funny. He was literally just a regular, down to Earth guy who was just BS-ing with everyone he saw. He also used the term "Cool-mundo" which I just thought was hilarious cause I mean, he's Michael Myers. 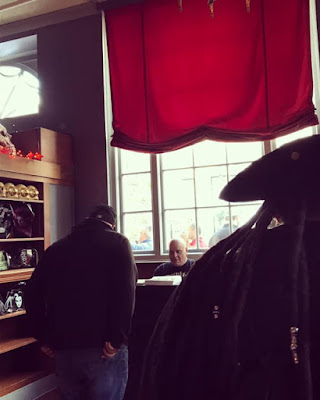 Once we left the Nightmare Gallery, we walked around and dipped into a few more shops to pass the time. There was a book shop a few stores down, so of course, I had to go in. It was so nice and cozy inside, and I had to really hold myself back from just buying all the books. Round of applause for my restraint, everyone. 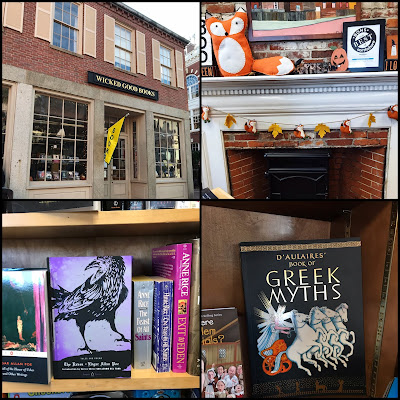 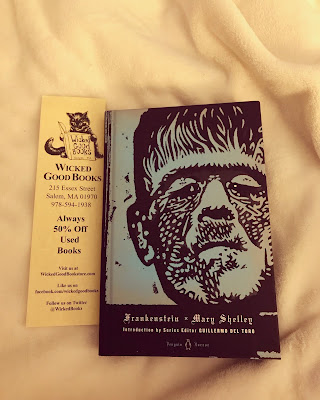 After a few more shops, it was time for our first tour of the trip, the Bewitched After Dark Historical Tour. This was a 2 hour walking tour around Salem that went to all the big historical places such as the Old Burying Point cemetery, which is one of the oldest cemeteries in the New England area, the old jail that housed the victims of the Witch Trials, and the Witch Trail Memorial. This tour was so informative and the guide had a nice mix of facts but also wasn't afraid to make a few jokes out of the town as well. For example, he took us passed what used to be Bridget Bishop's apple orchard. Bishop was the first victim of the Witch Trials, and where her orchard stood is now a seafood restaurant, and some patrons say that they can smell apples even though there is nothing apple related on the menu. He then went, "What they don't seem to realize is there's a bakery right down the road which uses, you guessed it, apples." 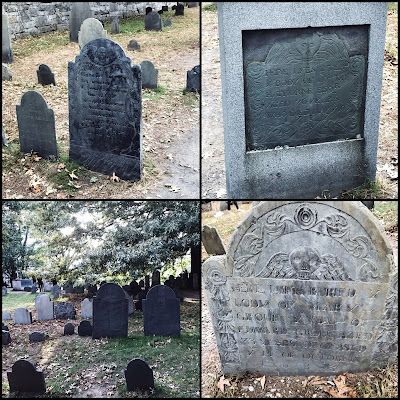 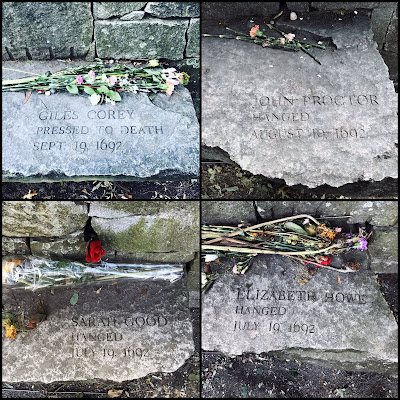 Once the tour was over, we were finally able to get into our hotel room, so we went and freshened up a bit before heading out for the Candlelight Ghostly Walking Tour. This tour started at 8 and they gave everyone little lanterns with a fake candle inside which I thought was just super on brand. Unlike the Bewitched tour, this one focused more on the many said to be haunted locations of Salem. It also brought us back to the Old Burying Point cemetery, this time at night, and spoke of the different methods of ghost photography and the spirits that are said to haunt the grounds. Along with that, we were also brought around to the Joshua Ward house, which is said to be one of the most haunted places in Salem. The house, which was turned into a hotel, was where George Washington stayed and ran out in the middle of the night because he said he felt cold hands pressing against his throat, and never went back. Just like the first tour guide we had, this one also mixed in a few jokes along with information, so it wasn't all doom and gloom and it was really fun. 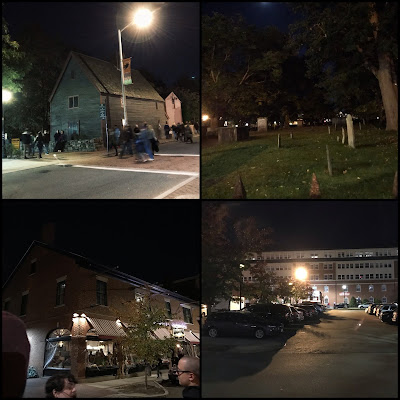 After that, we were exhausted so we just decided to return to the hotel and call it a night. It was such a great first day there despite it being absolutely mobbed. I mean, I expected a crowd, but this was like Times Square on NYE times 2. You could literally stand still and just let the crowd take you down the street. Normally, I don't do well with large amounts of people, but I was just so excited to finally be there that it didn't affect me like usual so I was so happy about that. 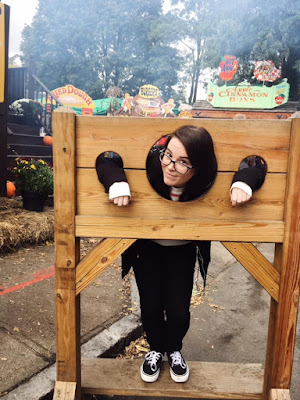 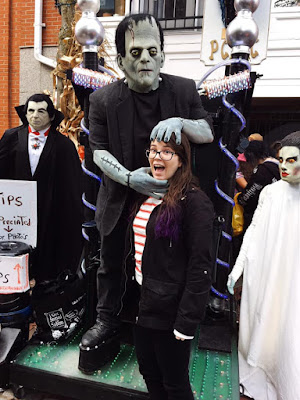 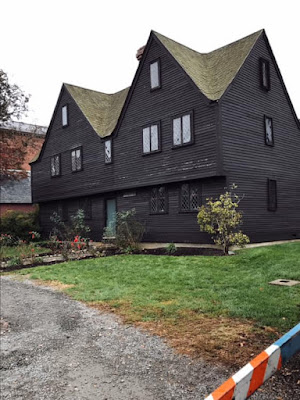 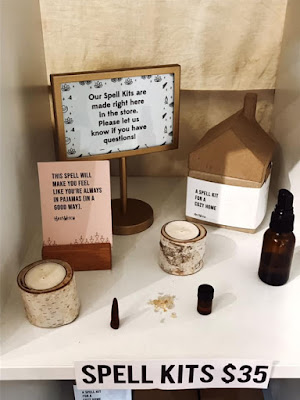 Hope you all enjoy the pictures, check back tomorrow for Day 2!
Posted by Heather at 11:48 AM