It's that time of year again, folks-- Comic Con time! This was only my third time at NYCC, but it's something I look forward to all year long. Usually, I only go on the Saturday but this year, thanks to my brother, I also got to go on Sunday (and for free!) 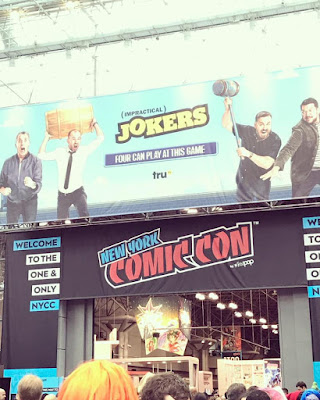 I had so much fun this year. On Saturday, it was my friends first time going and I loved seeing her get excited for things and geeking out over everything with me. I honestly feel like Comic Con is something everyone should experience at least once. I got to see so many cool things, bought so many cool things, saw a few interesting panels and even got to meet two of my favorite comic book artists/writers-- Jen Bartel, who is the sweetest person ever, and Chris Claremont, who is one of my absolute favorite writers, seriously he created pretty much all of my favorite X-Men (namely, my #1, Kitty Pryde).

Here's a little recap of the two days, and I tried to make sure to take more pictures this year cause I usually fail at doing that, I hope you enjoy!

Day 1: Once we got to the Javits Center, my friend and I immediately hit up the show floor. I knew that I definitely had to find the Boom! Studios booth because I wanted to pick my brother up a Green Ranger enamel pin that they just released. Luckily, their booth was right as we walked in, so I was able to snatch one up before they sold out, and of course since I was there I picked up a Clueless comic, cause how could I not? 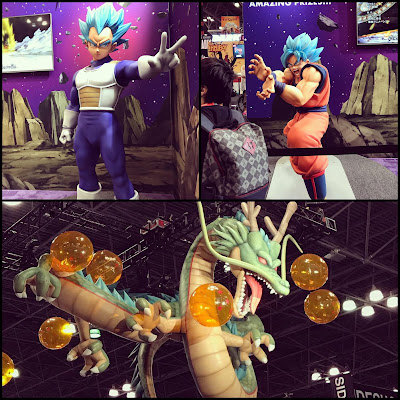 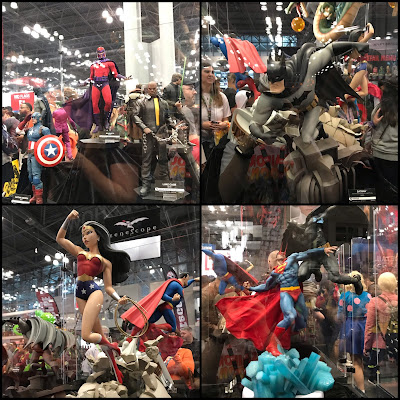 My friend was on a mission to buy some t-shirts, and I was on a mission to NOT buy t-shirts, so I was all set to just help her find some good ones, but then I found a Killer Klowns from Outer Space shirt that was the only one left and just so happened to be my size. It was like the universe picked this shirt especially for me. I was going to leave it because of my strict no t-shirt rule, but the booth we were at was doing a deal if you bought 2 shirts, and my friend had 3 and needed a 4th, so she was nice enough to get mine along with hers. So, I mean, it didn't count since I technically didn't buy it. Right? Right. 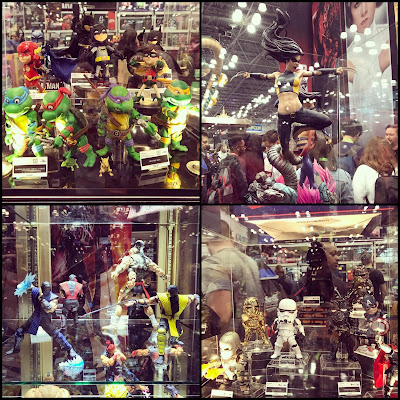 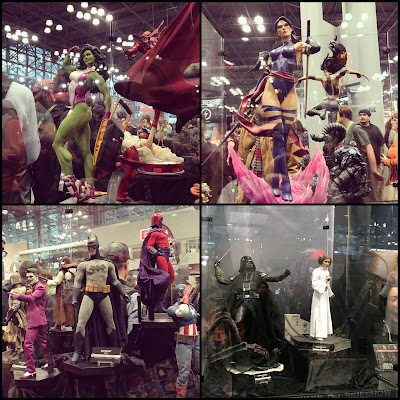 After meandering around the show floor for a few hours, we found a little spot down a hallway to eat and recharge. While we were sitting there, Frank Miller (a comic book writer/artist-- he's done Batman, Daredevil, Sin City, among others) just casually walked by. The first Con I ever went to, my brother and I sat on line from about 6 in the morning till 10 just to be able to see a panel he was doing. 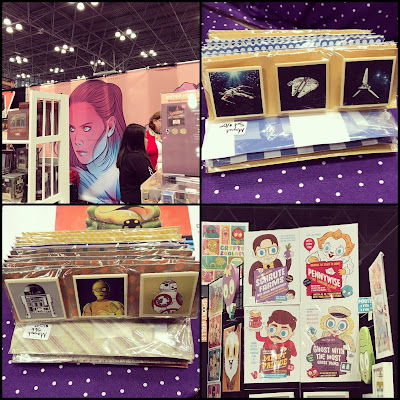 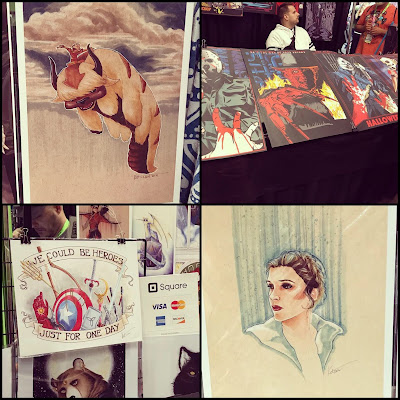 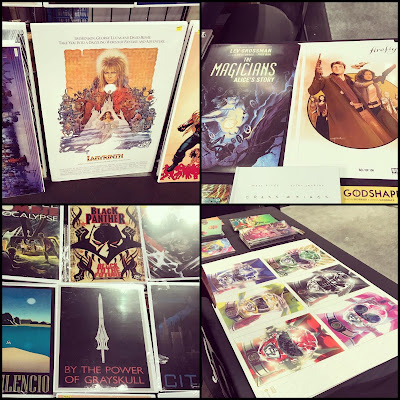 After resting for a bit, we hit up Artist Alley. I knew this was where I was going to do the most damage, and no surprise I did *insert little shrug emoji* I really only had two artists that I definitely wanted to pick something up from: Babs Tarr and Jen Bartel. I picked up some stickers from Babs of Batgirl and Poison Ivy, and a Storm print from Jen, which she actually signed since she was at the booth. Also, I just have to say, she was one of the nicest people I've ever met. I wanted to pick up a Catwoman print of hers as well but it was sold out, so instead she gave me a card with a discount code and told me once her shop re-opens, I could use that code and get free shipping on my order. 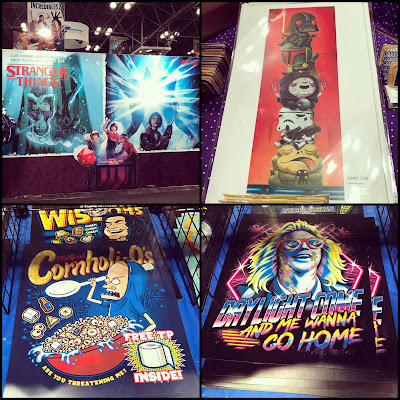 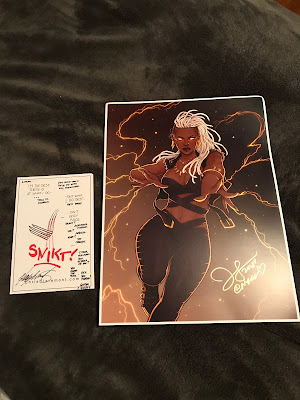 Then as we continued walking around, I saw that Chris Claremont was doing signings. Now, I've seen him at conventions before but he always had a huge line and I was always too afraid to meet him, but there was only a handful of people around him so I decided to go for it. I'm so glad I did! I was super nervous, but he was so kind. He signed a little card for me and even personalized it with a bunch of X-Men quotes. I expected him to just sign his name or something small, but he spent about 20 minutes and filled up pretty much the entire card. 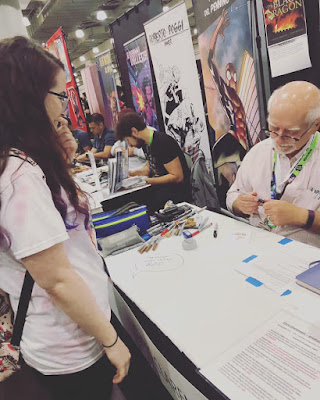 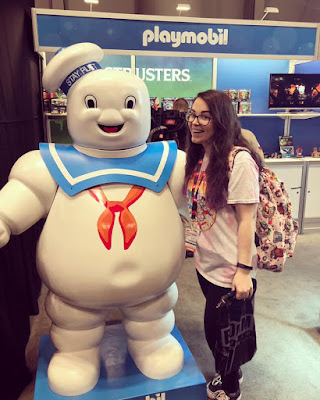 We hit up a panel during the afternoon called "Pop Culture Witches" and it was...interesting. The way that the panel was described online made it sound like it was going to about popular witches, like Willow from Buffy or Hermione from Harry Potter. It ended up being more about the 4 speakers being practicing witches and how they use crystals to commune with the earth. So, needless to say, not really what we were expecting. 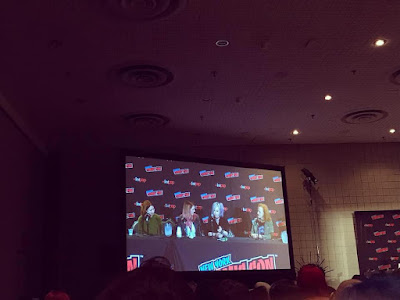 After that we just walked a bit more around the show floor, I picked up a copy of Jen Bartel's new comic, Blackbird (with an exclusive convention cover) and Volume 1 of The Chilling Adventures of Sabrina (which I've actually already read and loved-- here's my original review) that one of the artists was kind enough to sign. Then we headed home before we could do anymore damage to our wallets. 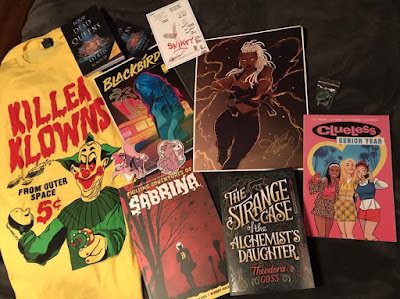 Day 2: After waiting on a huge line to get in (I either timed it super well the day before and missed the line, or I completely skipped it because we just walked right in on Saturday), we had about 10 minutes to spare before kicking the day off with a #BuffyAt20 panel. While this panel didn't include any actors or people associated with the show, it was full of Buffy superfans talking about the impact that the show had, and what has held up and the bits that didn't. They also touched upon the lack of diversity the show, which was set in Southern California in the 90s, saying that it was like "Northern Connecticut in Southern California" and "the softer side of Sears." I really appreciated the fact that as much as the panelists loved Buffy, they realized that there were some issues with it and weren't afraid to voice them. They also spoke about the high points in the show, such as the queer representation and the family aspects. So it was definitely a nice mix. 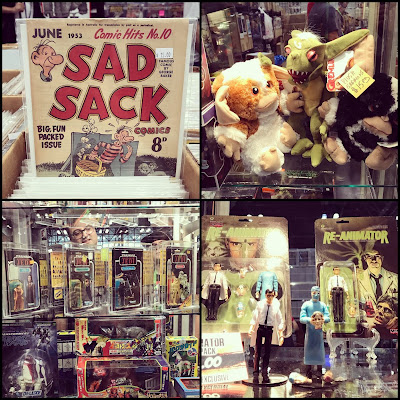 Once that was finished, we found the Syfy Live stage and watched a panel with the cast of The Gifted (I really need to catch up on this show. I only watched the first few episodes of the first season, but I did enjoy it), and right after them was another small panel with the cast of Riverdale. That was fun, they gave little insights to the new season and then played a fun question game, one question was what would be their dream Final Jeopardy category and Lili Reinhart immediately shouted "LADY GAGA." 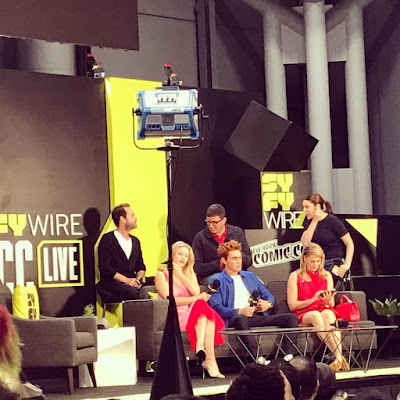 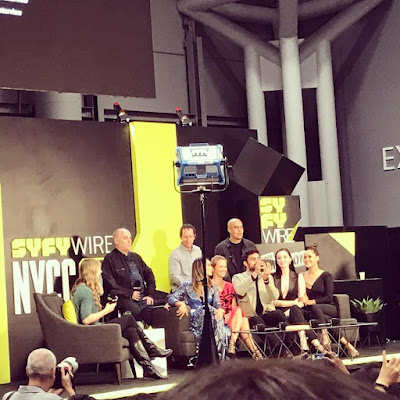 Then we just walked around the show floor and artist alley for a few hours. Since I pretty much picked up everything I wanted to the day before, I only ended up buying Volume 2 of The Dark Crystal. There was an action figure of the monster from this horrible/amazing sci-fi movie called IT! that I really should've picked up but didn't and regretted on the train ride home. Oh, well. 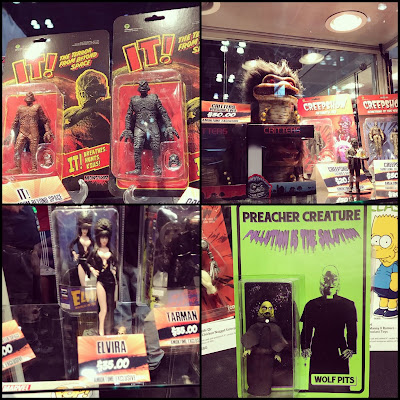 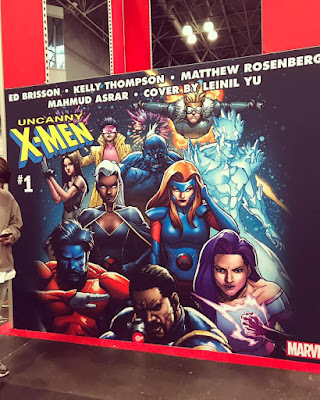 By the end of the day I was beyond exhausted. I'm not sure my body's cut out for two full days at Comic Con, but it was so fun, and I'm really glad that my friend and brother had a great time as well. All in all, great weekend!
Posted by Heather at 6:57 PM