Day 2 of my trip was just as jam-packed as the first, so let's get straight into it.


We started our day off pretty early with breakfast at The Ugly Mug Diner which was so so good. A friend of mine goes to Salem a few times a year, and she told me I couldn't miss out on this place, and I'm so glad she did cause it was great. They had the most amazing steamers that you could customize with whatever flavor syrup you wanted, so I got a toasted marshmallow one and I'm still drooling over it. It was like a little s'mores in a cup and ugh, it was just so delicious.

After breakfast, we stopped by the Witch House which was actually just right across the street from our hotel. Since it was so early and pretty gloomy cause it was raining, it had the perfect little spooky vibe. 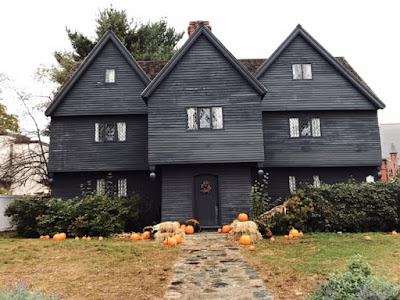 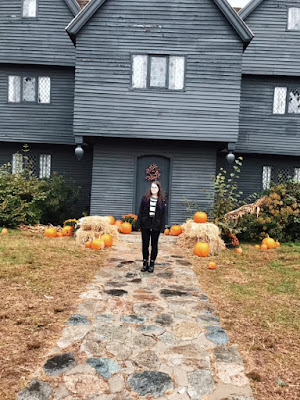 Later in the morning, we went on the Hocus Pocus Tour. Now, I was really looking forward to this tour because I assumed it had to do with the movie, turns out not so much. The tour guide mentioned that a lot of the movie was actually filmed on a lot in California, and the little bits that they did film in Salem they weren't permitted to go through either due to time restraints or residential areas. Even though the tour wasn't exactly what I was picturing, it was really good and again the guides were so knowledgable and made it fun despite the rain and freezing cold. Seriously, Sunday was so cold. They basically took us around to most of the same spots we had seen yesterday, with a few exceptions, such as the Salem Commons which was a really nice park that they were having a little festival in. 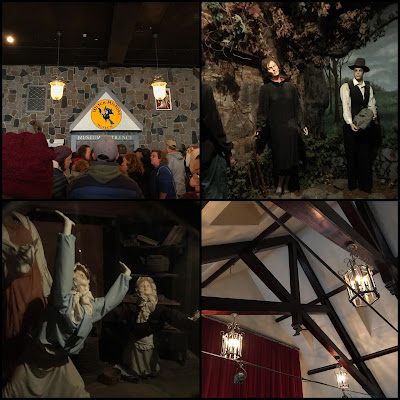 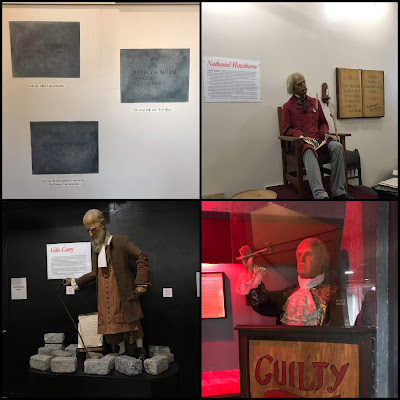 The whole time that we were there, they were having a Psychic Fair, which I just couldn't wait to hit up, so we went after all the museums. Now, I've been to a few psychics before because I love them. I don't necessarily believe in all that they say, since I mainly believe a lot of it is just vague mumbo jumbo, but every so often they do touch upon something that only I would know. The guy that I saw there also did my numerology aside from my tarot. I had never gotten a numerology reading done, so I thought it was super interesting. Turns out the numbers that correspond with my name mean that I'm to live a lonely life, so shout out to my mom for dooming me from the start. When it came to my tarot, he did pick up on a few things that no one could've known in relation to my family and living situation, so I thought that was really cool. He did tell me things about myself that I've heard before such as how I need to be more assertive and dominant when it comes to standing up for myself, and how I need to be kinder to myself and blahblah. The funniest thing I found though was that every other time I've gotten my cards read I've been told I'm going to have two kids. I don't actually want kids, so I've brushed off every time I've heard that, but he went, "I see you with two kids...wait, two dogs. Yeah, dogs. You should have dogs because they're good for you." Needless to say, I was sold from there. I wish I could've recorded the session because I always feel like I forget everything they say right after, but oh well. I got the majority of it. 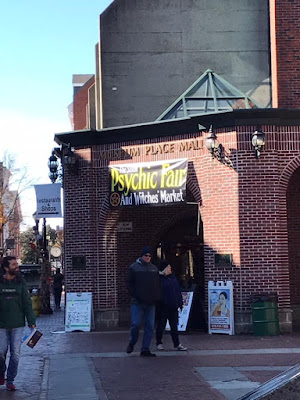 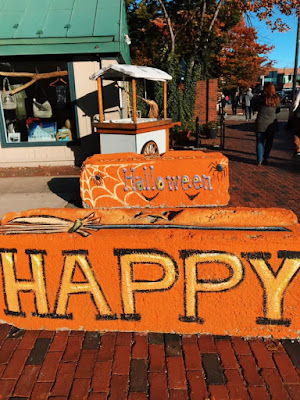 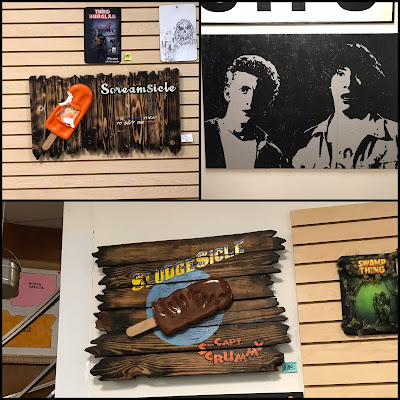 After the fair, we walked around a bit at Artist's Row, which is a really nice stretch of street with local artists, and then had dinner at this delicious burger place that did those insane milkshakes that have like an entire slice of cake in them. I opted not to try one of those because I'm lactose intolerant and although I usually still partake in dairy and then suffer the consequences, I knew that I would actually die if I tried one of them. They looked amazing though. Then it was back to the hotel to thaw out with a Harry Potter marathon. Hope you enjoyed, stay tuned for Part 3 tomorrow!
Posted by Heather at 11:47 AM