This months theme was Tournaments and Trials, let's get into it. 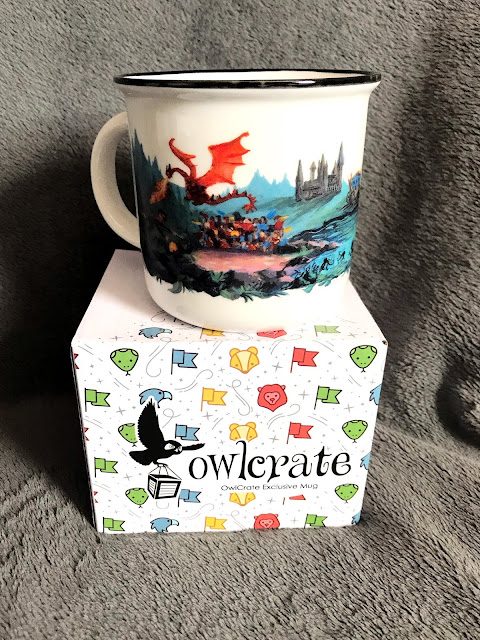 First up was their newest addition in the Harry Potter mugs, this one is for Goblet of Fire. I absolutely love these mugs, Cara Kozik just nails it every time with the artwork. This one depicts all three trials in the Triwizard Tournament, and I just can't get over how pretty it is. And also the design on the box is so adorable. 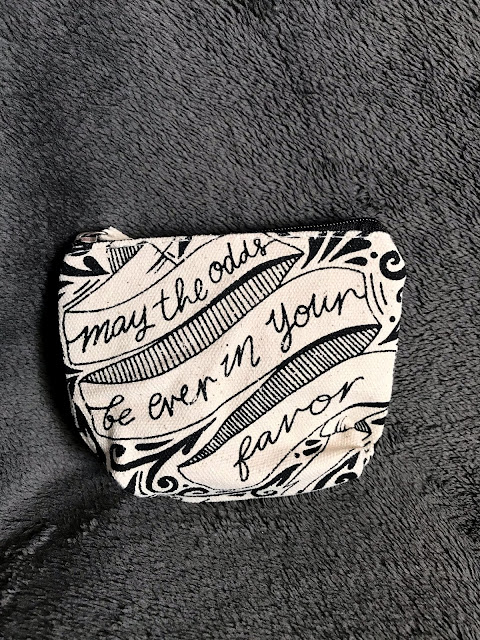 I feel like The Hunger Games is having a moment right now, it's like every time I turn on my TV one of the movies are on. This little coin purse was designed by KitCronk Studios, and while I do like the simplistic design, I don't really find myself using these little pouches all that much. 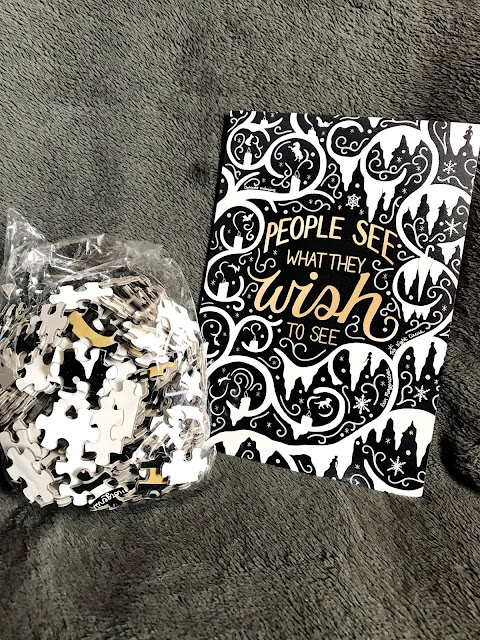 I've been really into puzzles lately, so anytime I get a new one is A-ok in my book. Especially if that one is The Night Circus related. This 300-piece puzzle was designed by Holly Dunn Design, and I really like how the pieces came in a little OwlCrate pouch rather than a box because I feel like that'll be way easier to keep it all together. 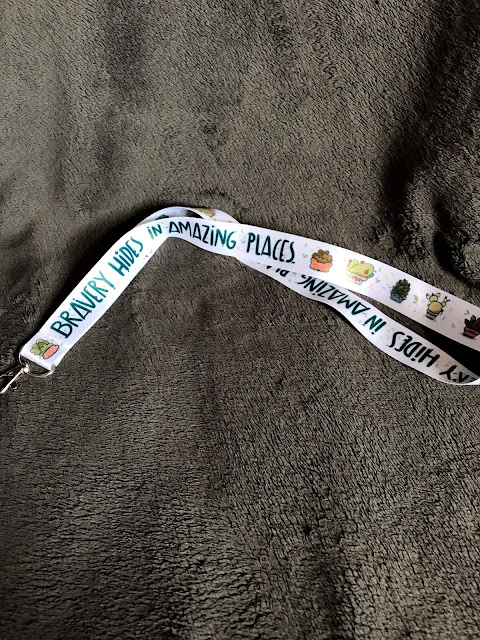 Then we had this lanyard by Four Seasons Fox inspired by The Selection. I've never read that, and to be honest, not a huge fan of the design of this either, so this isn't really something I'd use. 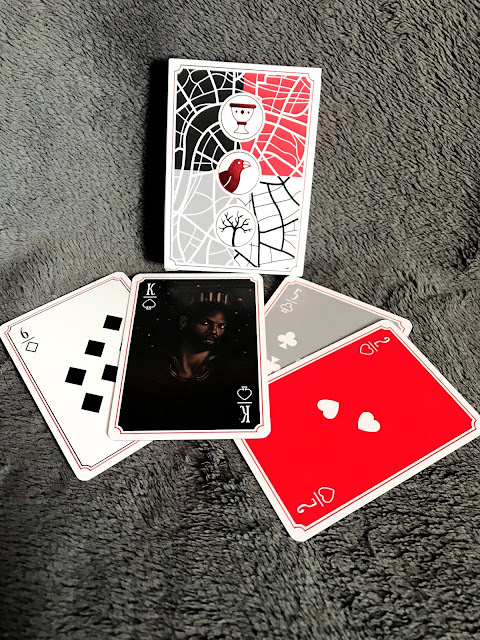 The last item was this beautiful deck of cards inspired by A Gathering of Shadows which was co-created by Nicole Deal, Gina Hilton, Marianne Martin, Diana Dworak and Michelle Gray. I recently read A Darker Shade of Magic and instantly loved it, so I was really excited to get these. And who doesn't need a deck of cards? 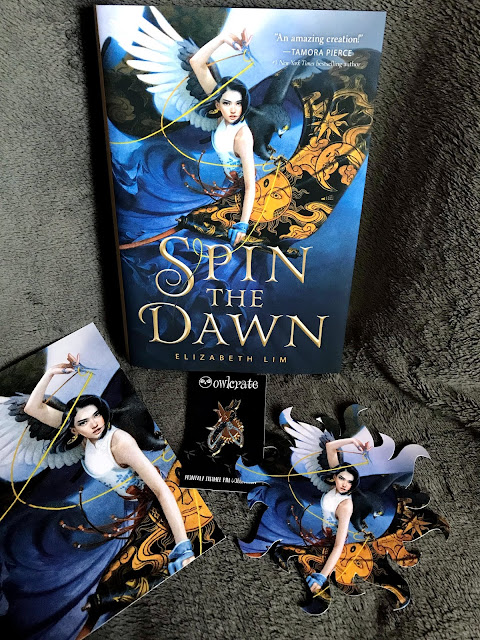 The book this month was Spin the Dawn by Elizabeth Lim. Maia Tamarin has lofty dreams of being the best tailor in the land, but being a girl, the most she can hope for is an advantageous marriage. When a royal messenger summons her ailing father, once a noted tailor, to court, Maia poses as a boy and goes in his place. If discovered, Maia's life is forfeit, but she's willing to take the risk if it means she'll be able to live her dream and provide for her family. There's one catch: Maia is one of 12 tailors vying for the job. Thrust into a cut-throat competition, Maia's talents are pushed to their limits and she soon finds herself on a journey throughout the kingdom while desperately trying to shake the attentions of the court magician who seems to be the only one to see through Maia's disguise.

I've heard this described as being Project Runway meets Mulan, so I'm a bit intrigued. Lemme know what you thought of this months box!
Posted by Heather at 8:49 AM