Yesterday, I took a trip into the city to see the musical Head Over Heels, but before that my mom and I had a little meander around the city and the shops at Bryant Park and it was lovely.

The weather was pretty gloomy but thankfully it didn't rain on us (seriously, walking through the city in the rain is so not fun). We got in around 10:30 and walked the 10 or so blocks over to Bryant Park to check out the little holiday shops. Around this time of year, the park turns into a little vendor fair, with pop-up shops filled with everything from jewelry to bags to candy to soaps. There's even a bunch of food booths as well, so it's basically your one stop shop for all your holiday needs. Oh, and there's also a big ice skating rink if you're feeling up to busting your butt (oh, is that just me?) 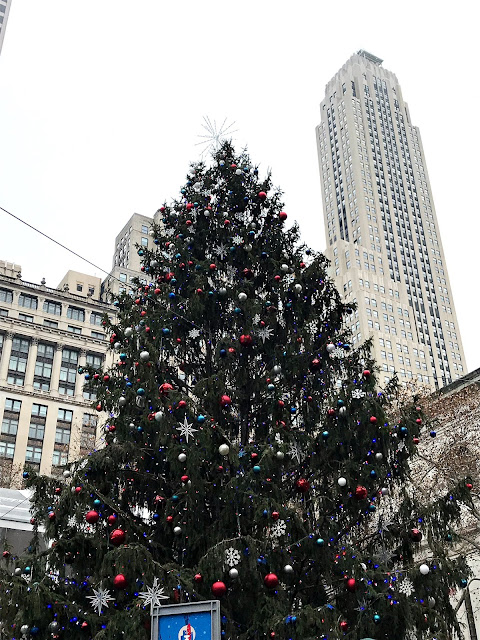 We walked around the booths a bit, and I found this adorable shop called Mulberry and Grand and I'm now obsessed with them. The jewelry was gorgeous and the clothing was full of really fun sayings (one said "Sassy Since Birth" and I probably should've picked it up), I ended up getting three necklaces: a star, roses, and an alien with a spaceship, and a little rose gold star and moon ring and I love them. 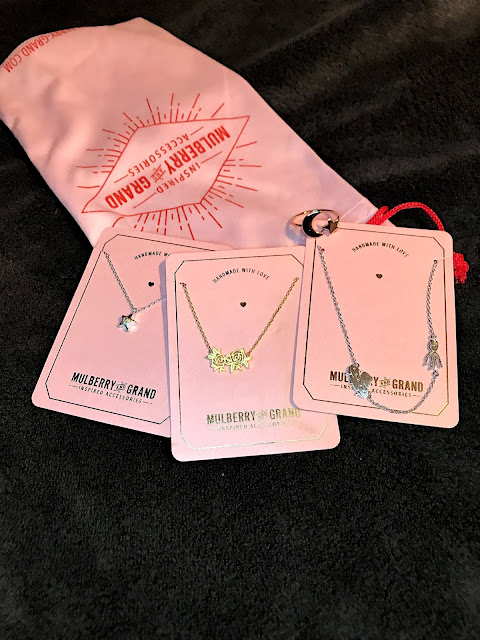 After that, we picked up some hot chocolate and apple cider, and found The Strand booth (my favorite) where I browsed a bit more, and can we please just take a moment to applaud the fact that I didn't buy anything? It's a Christmas miracle. We poked through a bit more shops, but then we were off to find somewhere to eat before the show. 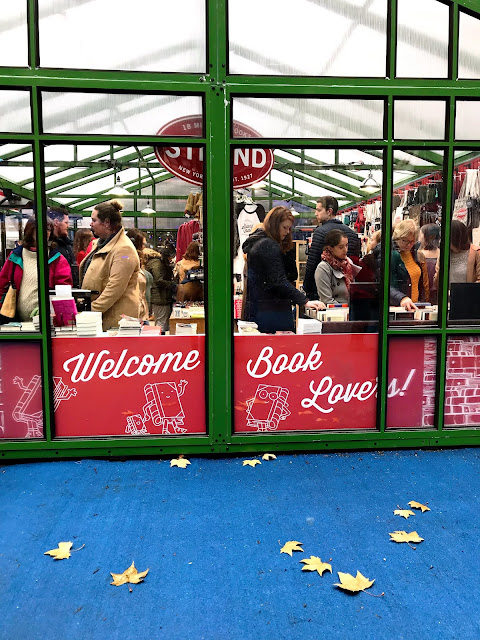 As we were walking towards the Hudson Theatre, we passed the HBO store that had this amazing Game of Thrones window display and it made me that much more excited for the final season. 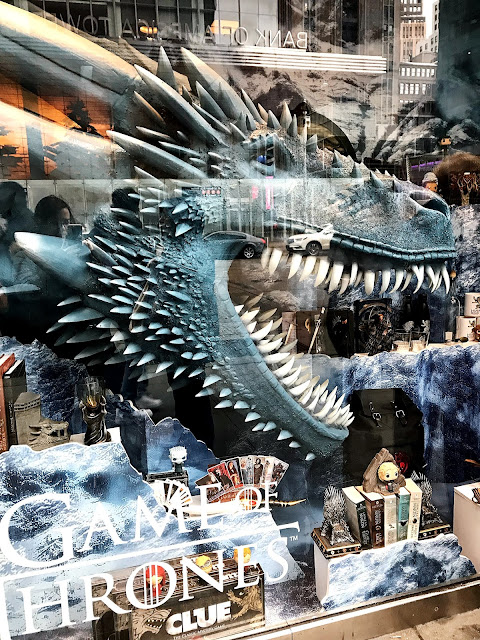 After we ate, we still had a bit of time before the show started, so we walked into this store called BT-21, which was filled with toys of random characters I'd never seen before but were pretty cute. They also had huge displays of them as well, which were fun. 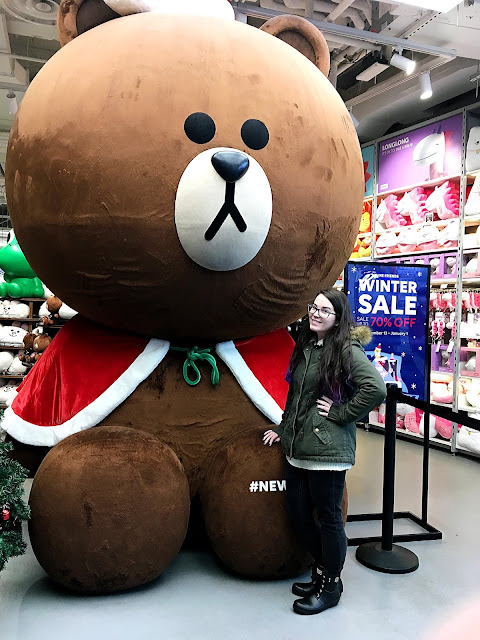 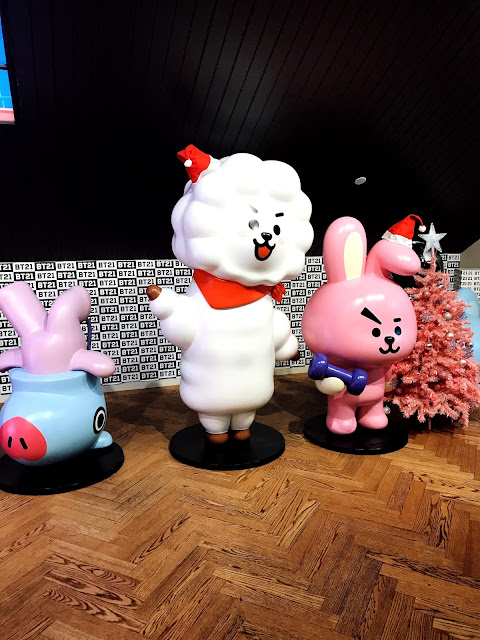 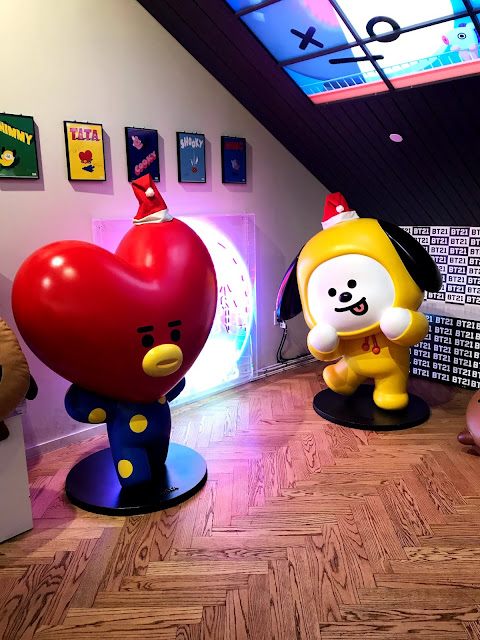 Then it was finally show time! I'd heard about Head Over Heels a few months ago, and I immediately knew I had to see it. The show is labeled as a "jukebox musical" which uses the music of The Go-Go's to tell the story of the royal family of Arcadia and how their land prospers off this mysterious Beat. One day, the King gets a summons from the Oracle, Pythio, who tells of four prophecies that once they come to pass, will spell the end of the Beat and will plunge Arcadia into a permanent distemperature. This leads the King and the rest of the royal family to go on a quest through the woods to try to stop what's going to happen, which in turn leads them all to their true and better selves. 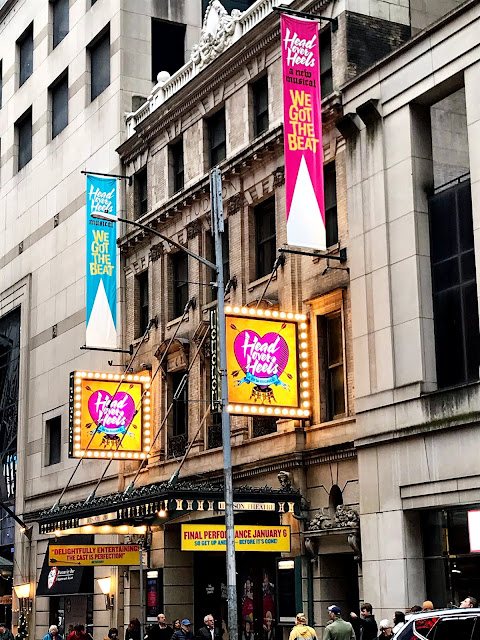 This isn't your ordinary musical. It's full of cross dressing and queer representation, sassiness and tons of fun musical numbers. It takes the music of The Go-Go's and amps them up to 11. And the whole story itself is hilarious; seriously, I was laughing throughout the entire thing. It's sort of like if Monty Python were doing Shakespeare set to a bopping '80s soundtrack. Pythio is also played by Peppermint from RuPaul's Drag Race, and you know how much I love my Drag Race. I will admit, I did feel like she got a little winded during a few parts, but she killed it overall. 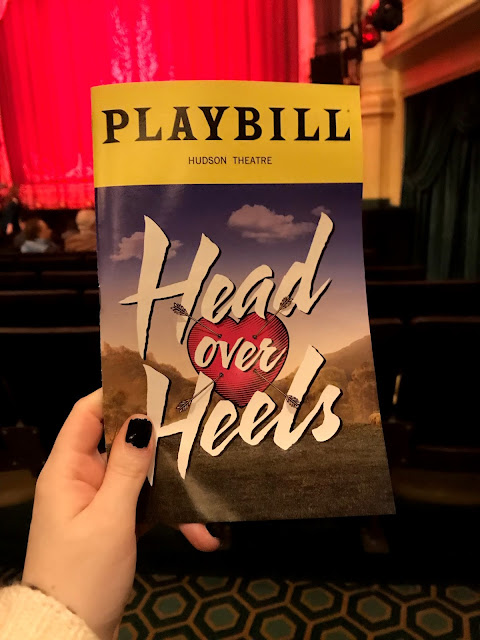 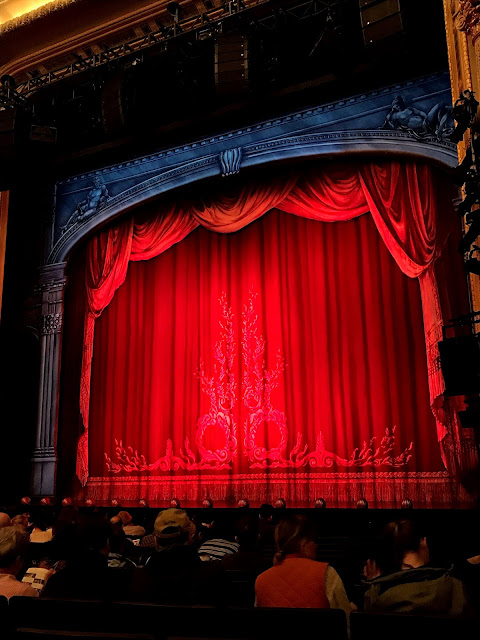 Everyone in the show did amazing; the singing was great and the dancing was on point. I loved every minute of it. I'm so bummed it's only running until the beginning of January cause I'd totally go see it again. I definitely recommend looking up the cast soundtrack if you have Spotify cause it's just so great.

Hope you guys had a great weekend!