Have you ever noticed just how many versions of A Christmas Carol there are? Tons. Like, tons of tons. Here are just a few of my favorite retellings. 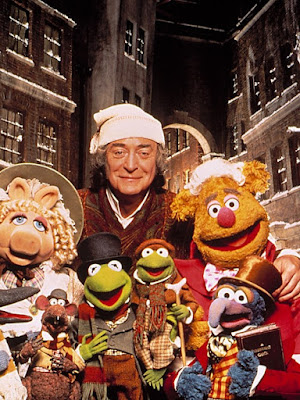 1. The Muppet Christmas Carol: I mean, c'monnnnnn. This is my absolute favorite. I'm not even joking when I say I pretty much watch this every single day once December hits. I just love the Muppets so much, and the Gonzo/Rizzo narration pairing is everything I've ever needed in life. 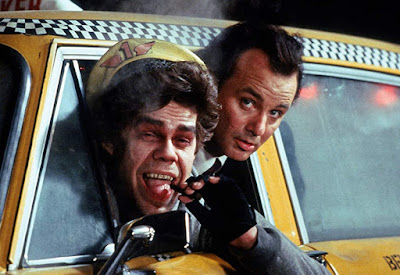 2. Scrooged: Who doesn't love a bitter Bill Murray learning to appreciate the joy in life with the help of a cigar chomping cabbie and an abusive fairy? The end bit of him burning inside the coffin used to scare the bajeezus outta me when I was younger, but the big sing along at the end more than made up for it. 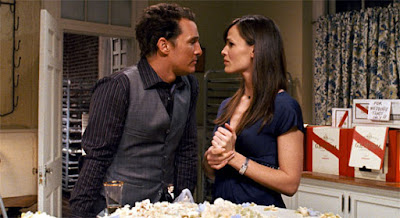 3. Ghosts of Girlfriends Past: This is probably the most non-traditional version of A Christmas Carol on here, but the premise is still the same. Notorious playboy goes to his brothers wedding and gets haunted by you guessed it, ghosts, but not just any Christmas ghosts-- ghosts of the women in his life! I think it's so fun and Emma Stone plays the first ghost and I just wish I could be her best friend. 4. A Diva's Christmas Carol: This one may be a random lame choice, but I don't even care. This was one of those Lifetime Christmas movies that pretty much no one but me, I think not only remembers, but genuinely loves. Basically, Vanessa Williams plays this big ol' diva who went solo and became super rich and mean. Oh, and the Ghost of Christmas Future is a VH1 Behind the Music documentary, it's perfectly cheesy. The music in it is actually really catchy, especially "Heartquake", so it's worth it just for that. 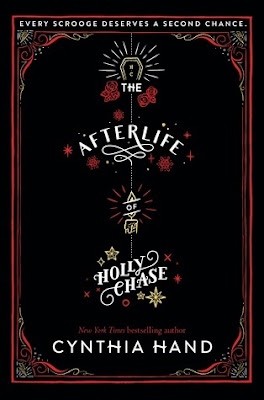 5. The Afterlife of Holly Chase by Cynthia Hand: Ok, so it's not technically a movie, but it still counts. I recently read this book and absolutely loved it. Holly is a 17 year old stuck up, rich California girl who bosses around everyone from her friends to her maid. On Christmas Eve, she gets visited by three ghosts, but she just takes it as a joke. Then she gets hit by a car and dies and wakes up in an office building in New York as a ghost of sorts. She is offered a job at Project Scrooge, which is an organization that plays out A Christmas Carol by picking a Scrooge for the year and tries to get them to see the errors of their ways before it's too late. Holly has been playing her role as the Ghost of Christmas Past without a hitch, that is until she comes across their newest mark and throws everything for a loop. It's a super cute holiday story and perfect for this time of year.

What're some of your favorites? Lemme know!
Posted by Heather at 9:21 AM