The theme this month was "A Power Within", let's get to it. 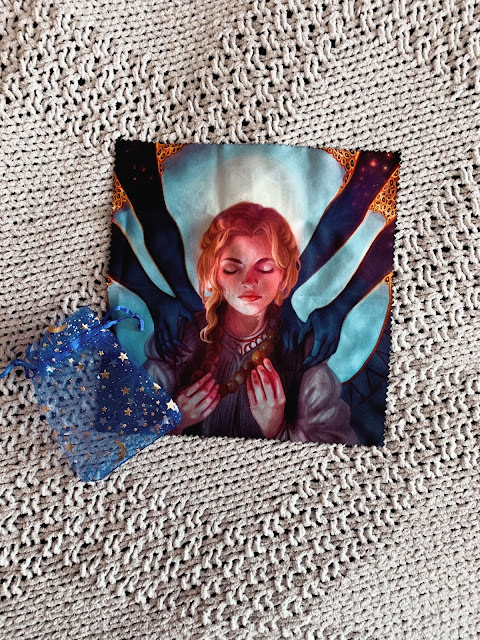 First up was this screen cloth based on Wicked Saints dual designed by Nicole Deal and Leaford Lore. I wasn't a huge fan of that book, but this is something that'll always be useful. 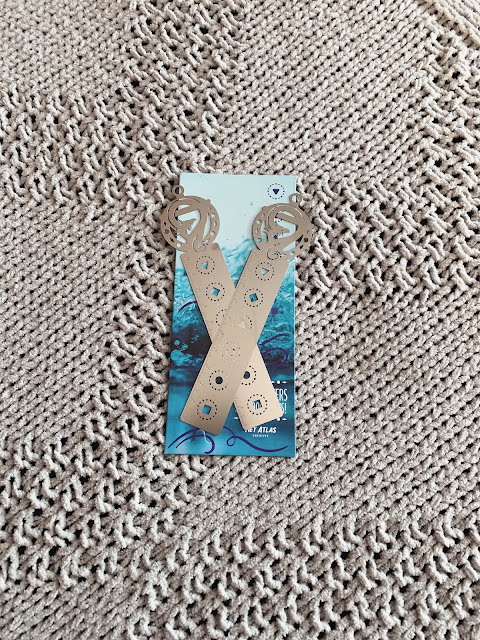 Then we had these interesting metal bookmark rulers by Hey Atlas Creative inspired by Truthwitch. I've seen metal bookmarks before, but never one that could be used to take measurements as well, so that's pretty cool. 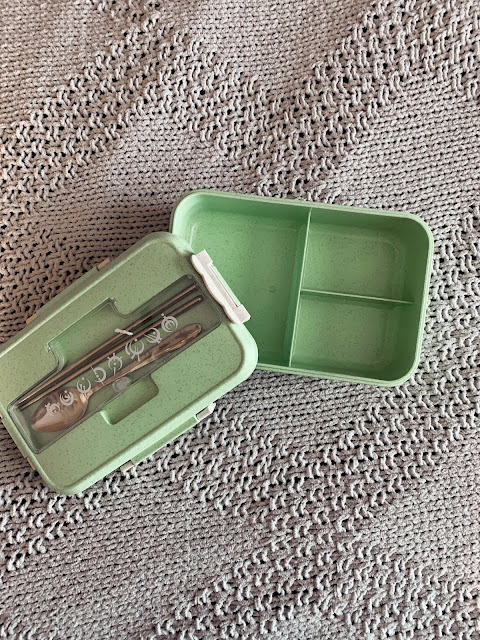 This box had so many useful objects and I'm here for it! Look at how fun this OwlCrate exclusive bento box is. The writing on top, from the alphabet in Mistborn, even spells out "OwlCrate." I've never used a bento box before, but I love seeing all the creative ways people use them to store their food. 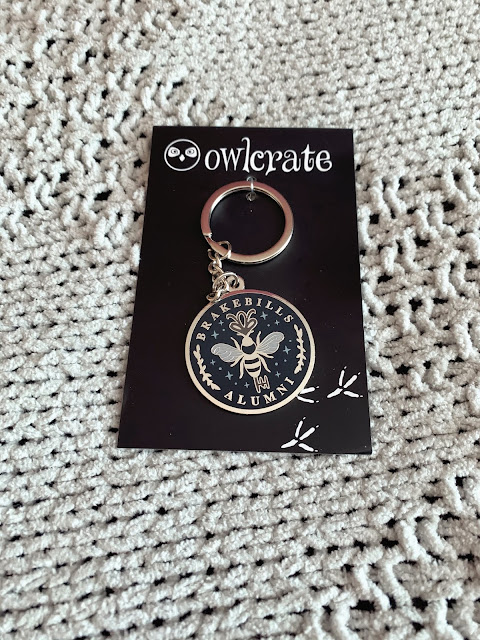 Any Magician's fans out there? I love both the series and TV show, so I'm super excited to have this little Brakebills keychain designed by Blooming Library. 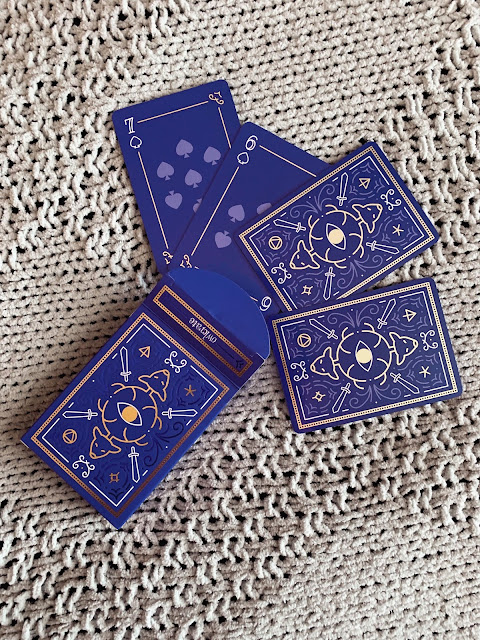 The last item was this Throne of Glass inspired playing cards designed by Jo Painter, Salome Totladze, Diana Dworak, Jana Runneck and Michelle Gray. The deck has really pretty gilded edges, and fanart from the series. I don't play cards much, but this is a really nice deck. 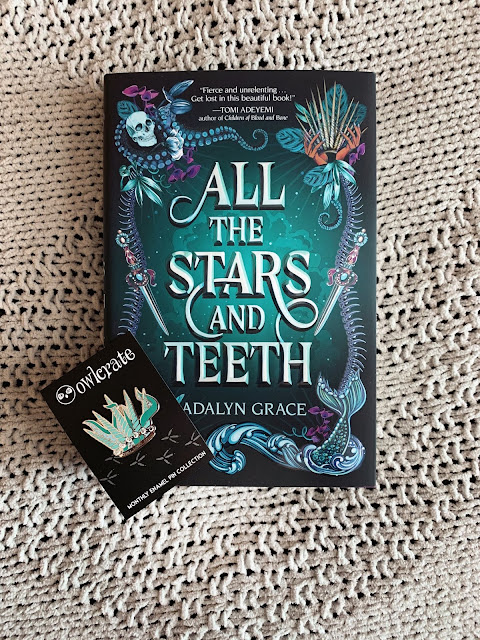 The book this month was All the Stars and Teeth by Adalyn Grace. Amora Montara, princess of the island kingdom Visidia, has spent her entire life training to become High Animancer-- the master of souls. While the rest of the realm gets to choose which magic they possess, it's never been a choice for Amora. To secure her place as heir to the throne, she must prove her mastery of the dangerous soul magic, but after a disastrous demonstration, Amora is forced to flee. She strikes a bargain with a myserious pirate: if he helps her prove she's fit to rule, she'll help him regain his stolen magic. Amora must then journey through perilous lands, face legendary monster and ruthless mermaids, and battle a rising dangerous magic or risk the fate of Visidia and the crown forever.

I've heard a lot of hype around this book, and I love a good mermaid story, so I can't wait to dive in. What do you all think of this months box?
Posted by Heather at 9:00 AM