Beetlejuice has always been one of my favorite movies, so when it was announced that there was going to be a Broadway adaptation, I knew I needed to see it. I finally saw it over the weekend, and despite it being way different than its original source material, I really enjoyed it. 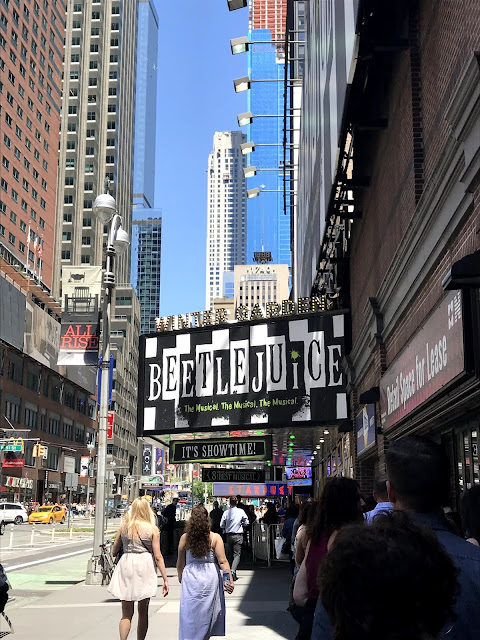 Basically, the show keeps some of the core details from the movie, but completely shakes up others. For example, rather than dying in a car accident, Barbara and Adam die from falling through the floor in their home. Delia isn't yet married to Charles Deetz, she's only a "life coach" for his weirdly obsessed with death daughter, Lydia. Also, Beetlejuice serves as the show's narrator so he's in the mix right from the get go. 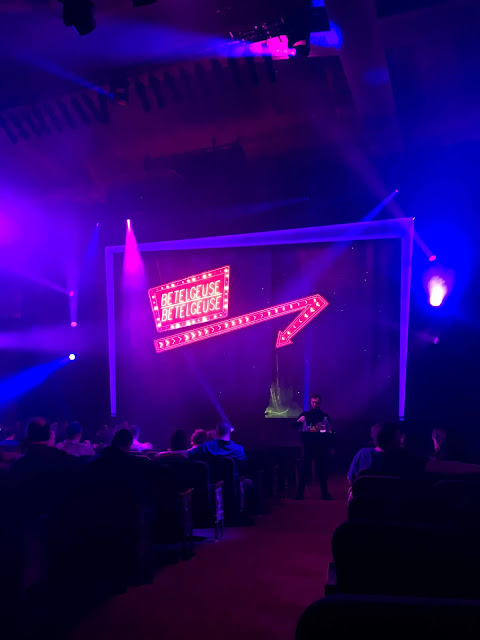 Even though there were a lot of changes from screen to stage, the core of the story was still there. Beetlejuice is still a "bio-exorcist" trying to get the Deetz's out of the Maitland's house using his grossly wacky ways. Barbara and Adam are still two adorable nerds. Lydia is still an emo Hot Topic goth who's strange and unusual. There's even a huge sandworm that pops up throughout.

The musical numbers were funny (there's still the classic "Day-O" scene) and Beetlejuice was the raunchy ghost with the most we all know and love. The scenery kept the Tim Burton aesthetic that made the original film so loveably weird, and the score really paid tribute to the Danny Elfman classic. 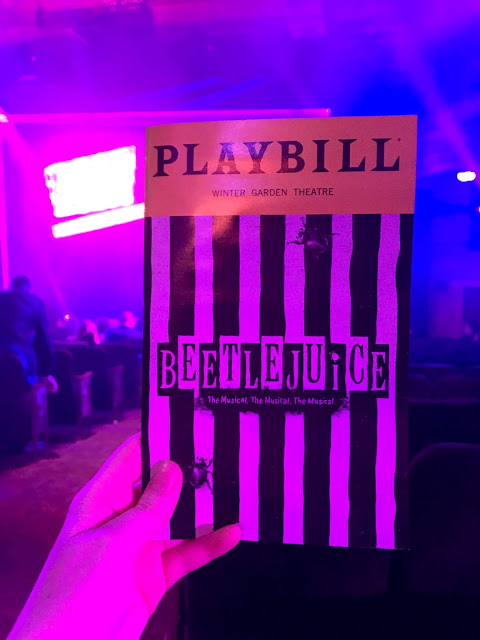 Despite the few liberties the play took, I enjoyed it and I thought it was funny. The actor who played Beetlejuice was hilarious not only with his delivery, but even in his movements. He almost reminded me of Joey Fatone mixed with Fat Mike from NOFX. The young actress who played Lydia was ridiculously talented, and the two together really made the show shine.

If you're a fan of the movie, this is a show worth checking out. You can find all the info here.
Posted by Heather at 8:39 AM