Our second day in Havana was my absolute favorite. It ended up being way more emotional than we were expecting, and truly made the trip worth every second.


Day 2:  Brian and I had gone to Cuba with one mission: try to find out as much about our family as we could. Neither of our grandma's knew much about their father's life in Cuba, but they did know a lot about their mother's.

We knew that our Nana had a few sisters that stayed in Cuba, and we had a photo of them in front of a grave, so we decided to start our day at the cemetery hoping we could find the same gravesite. We didn't have much information save for the picture, but after a bit of digging, the office was able to find us not one but two of our family graves. We found the exact one that was in the photo and another of a member neither of us were even familiar with. 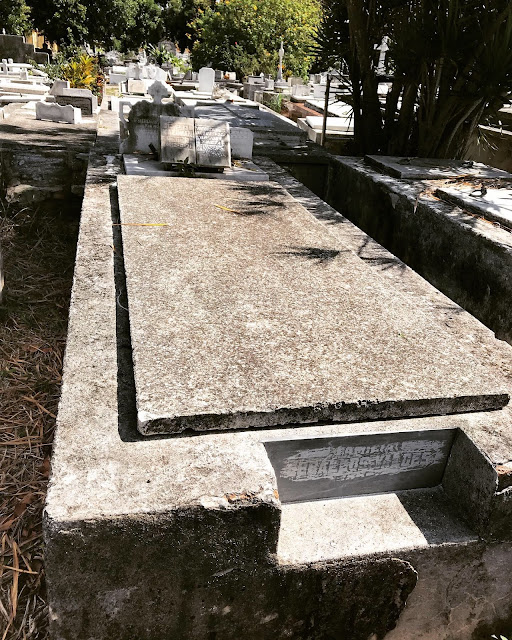 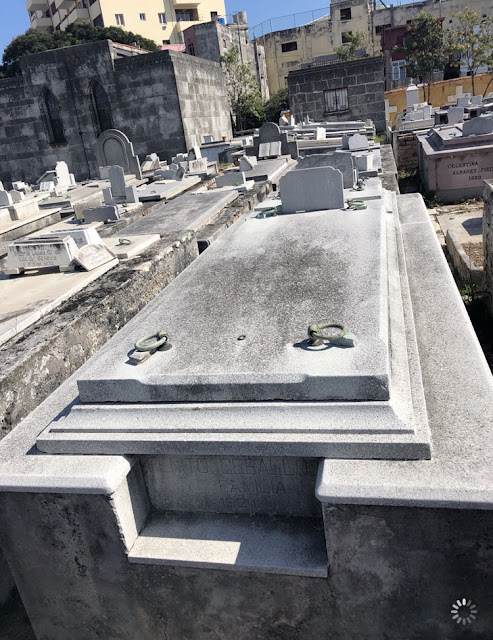 What really surprised me is that there weren't separate graves for each person, they were actually stacked on top of one another forming a large tomb. All my Nana's sisters were buried in one, and then the other family members we weren't aware of were in the second spot they showed us. Due to the fact that so many years had passed, a lot of the writing on the headstones were too weathered to read, but others were still clear. We spent a good hour, maybe even more, in the cemetery just wowed by the fact that we actually found part of our history. 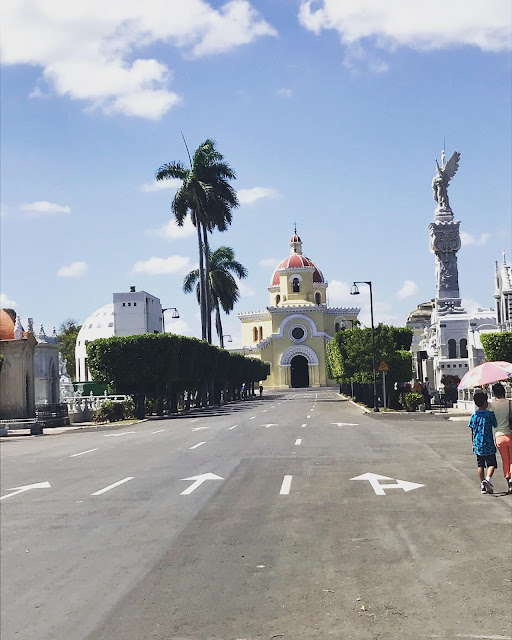 After we paid our respects, we went inside this beautiful church that was on the premise. We only sat down for a moment before they started bringing in a service, so we quickly scooted out of there to our taxi and headed to our most ambitious task: finding the apartment where our family lived.

Our grandma's haven't been back to Cuba in 70+ year, but they remembered everything about the house they stayed at, right down to the cross street. We had a slight issue trying to track it down because the street name had changed, but we eventually found it and crossed our fingers we could find out anything from whoever lived there.

We must've knocked on the door and rung the bell for a good 10 minutes before we got a response. We heard our driver start calling up to the balcony where there was an older woman, telling her who we were and what we were doing there, and after what felt like forever she agreed to let us up. She turned out to be our grandma's cousin, Marta.

Marta is now in her mid-80s, almost completely blind, knows almost no English, but once we told her who we were and why we were there, immediately broke down crying because she thought her family had forgotten about her over the years. She kept repeating how she couldn't believe this was happening, and how she felt like she was in a dream. Eventually, her daughter and granddaughter came over and we were able to speak a bit more, and even looked through pictures she had of our grandmas, even our moms and aunts and uncles.

It was such an amazing experience that we were not only able to connect with family, when we fully did not expect to, but we were able to give Marta and our grandma's each other again. I've always known about Marta and her family because my grandma, and Brian's, always reminisces about them and shows us pictures. I loved being able to assure her that we did know her even if we never met her before.

Our grandmas were besides themselves when we told them, and so grateful that we were able to track down their Cuban family after so many years of not knowing if they were alive or dead. Both Marta and my grandma mentioned how they had tried to send letters throughout the years, but none ever found the other. Since it's still very hard to get/send mail from Cuba, Brian and I added Marta's granddaughter, Masseil, on Facebook so we can at least stay in touch that way. She's already sent me more pictures they've found and some her of my Mom which I loved!

Never in our wildest dreams did we think we'd have so much success when we planned this trip. We were hoping to at least see the cemetery and maybe the house, but to find actual family was just everything. It made the trip that much more special.

After that emotional morning/afternoon, our driver took us to a little restaurant for a late lunch. It was actually the one Beyonce and Jay-Z ate at when they were in Cuba, and there's photos of her all over the place which I thought was funny. Once we were finished, it was back to the AirBnB to freshen up and get ready for our next cooking class. 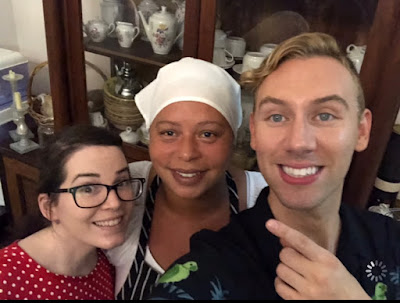 This one was at a little villa and was so much fun. It was hosted by a chef named Muñeca, and she was hilarious. She was so sassy and had the funniest faces. She also loved Brian and he was just eating it up the entire time. The group of us made yet another big spread of steamed pork, rice and beans, tostones, salad and vegetables. We also had the best flan I've ever had in my life for dessert. Seriously, I'm still dreaming about it. Then we were back to our AirBnB to sleep off a food coma and emotional day, and get ready for the next adventure!