This months theme was Epic Adventures. Here we go! 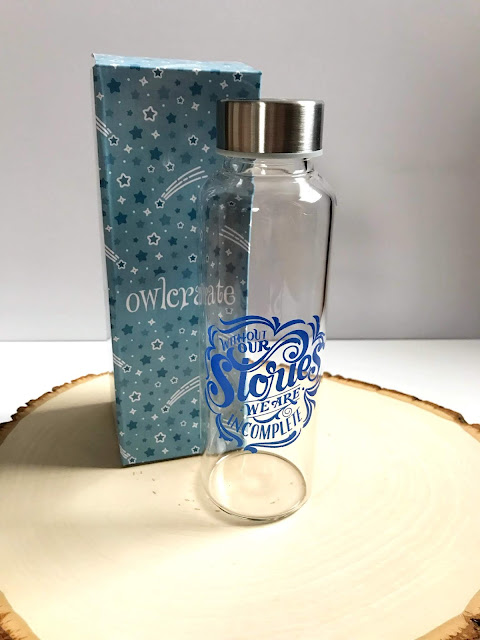 Stardust is my favorite Neil Gaiman book, so this glass water bottle inspired by it was probably my favorite thing in the box. This was designed by KDP Letters and I love it. It's a really nice size, and not too bulky so it won't take up much room in my bag which is always a plus. 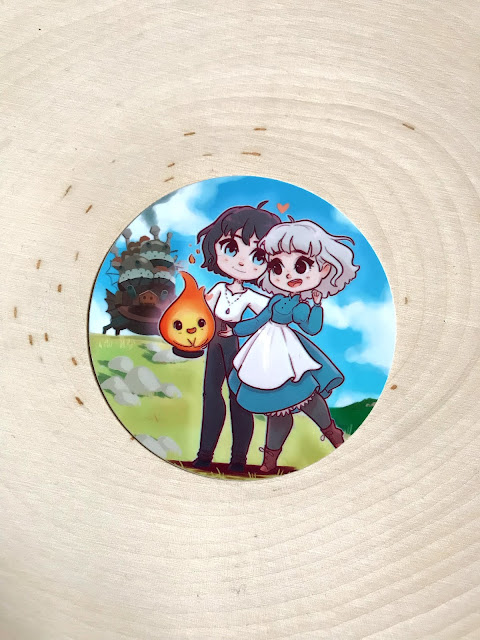 How adorable is this Howl's Moving Castle sticker by Naomi Lord? I really love the style of this, it's so cute. I've become way more obsessed with stickers lately, so I'll definitely be checking out this artist to see what else they've got. 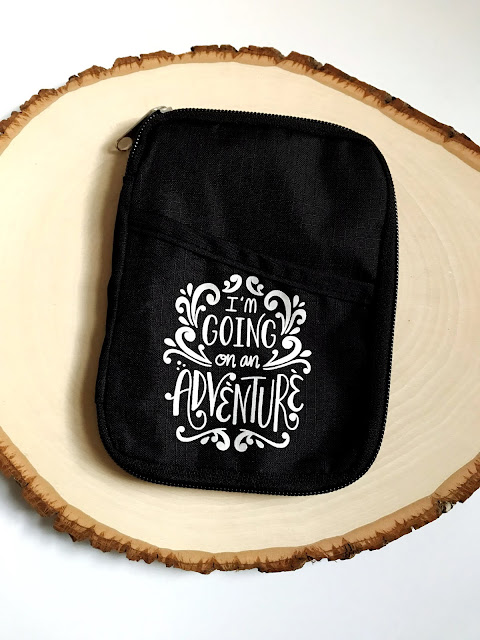 I recently came back from a trip where I had to use my passport, and how I wish this had come sooner so I could've used it! This fun passport holder was designed by KitCronk Studio and it's based on The Hobbit. 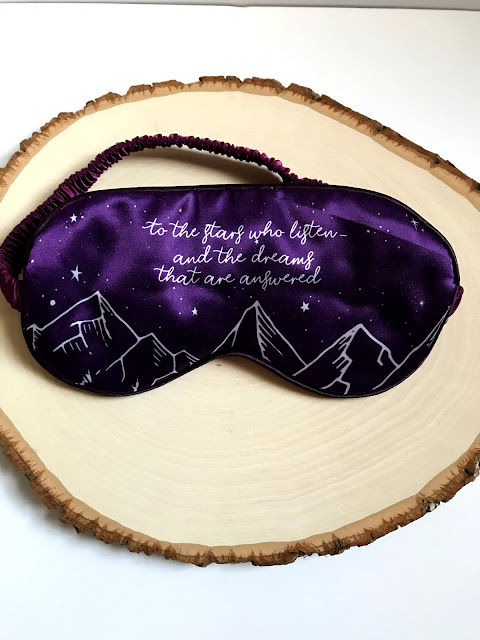 Can we take a moment to appreciate how pretty this sleep mask by Bookworm Boutique is? You all know how I feel about the ACOTAR series, so this is great. I've tried sleep masks before and I didn't fully love them, but the quality of this feels so soft, so maybe I'll give them another go. 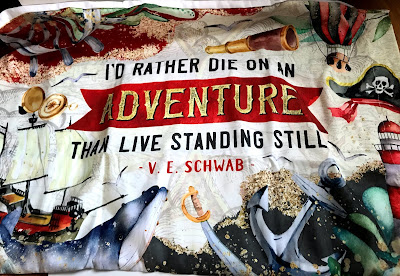 The last item was a pillowcase inspired by A Darker Shade of Magic designed by Stella Bookish Art. I'll admit, I don't usually love the pillowcases they send, but this design isn't too bad. I love the nautical pirate theme, and the quote/font is nice. 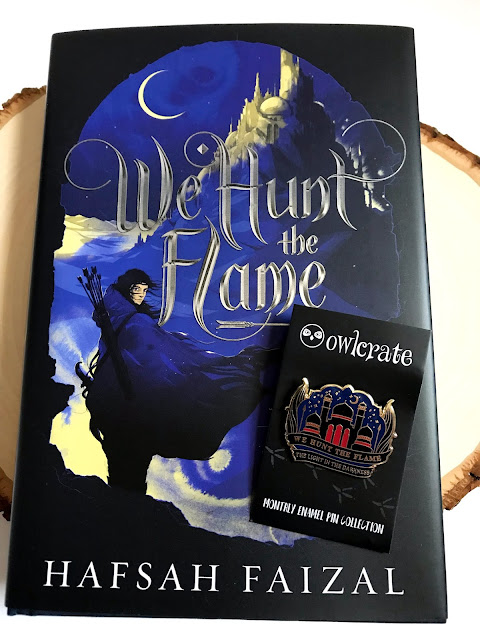 The book this month is We Hunt the Flame by Hafsah Faizal. Zafira is the Hunter, she disguises herself as a man and goes into the cursed forest of Arz in order to provide for her people. Nasir is the Prince of Death, quick to assassinate any fool who would defy his father, the ruthless King. Both have to hide their true selves: if Zafira is outed as a girl, all her achievements will mean nothing; if Nasir shows his true compassion, his father will punish him in the most brutal way. Both are reluctant legends in their land. When the two are sent on missions that will cause their paths to cross, they stumble upon an ancient evil that poses a giant threat that neither the two could ever imagine.

The pin this month was also designed by IceyDesigns, who I've followed on Etsy for a while now, so I'm excited to add this one to my collection. Lemme know what you guys thought of this months box!
Posted by Heather at 9:27 AM