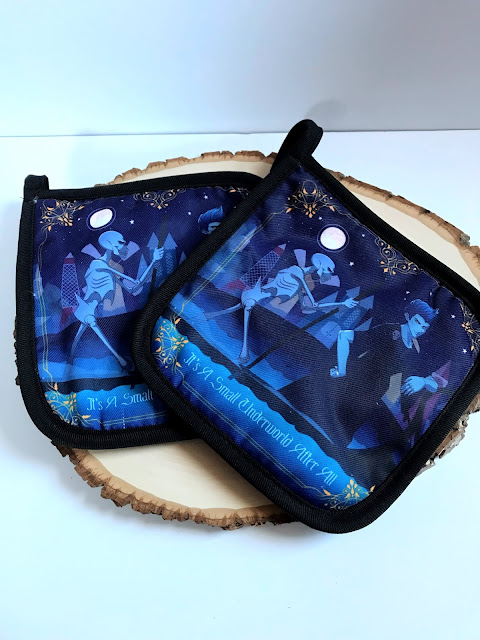 First up was something I've never received in a box before: pot holders. I love the Hades/Greek mythology theme, since I'm a huge fan of that, and I can definitely get use out of these so it's a win-win. 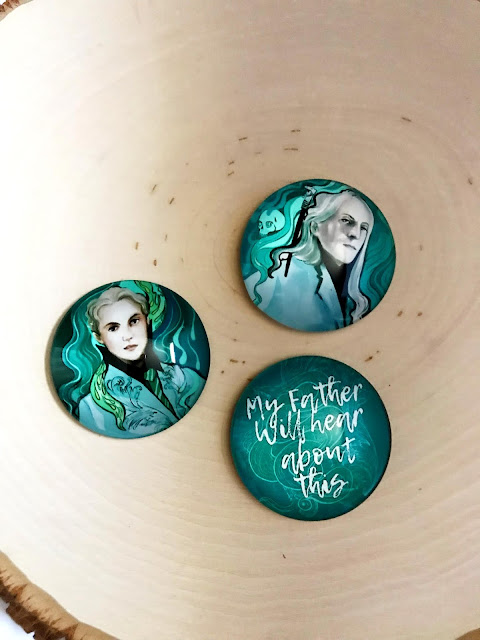 Next up were these Harry Potter inspired magnets. I'm really surprised by how nice the quality is of these, they even have a bit of heft to them. You can never have too many magnets, so I put these right on my fridge. 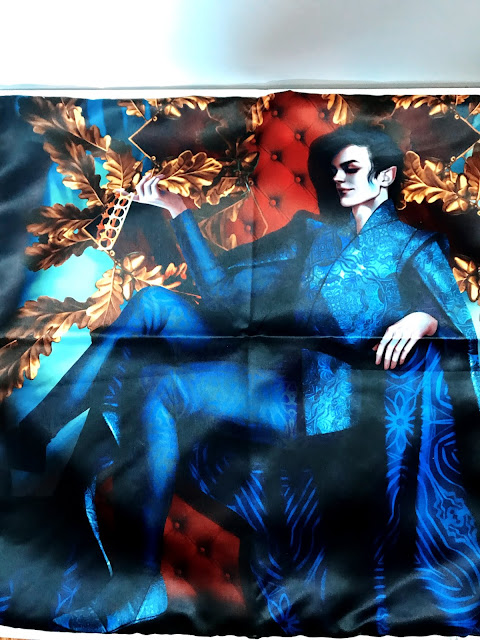 You know how I mentioned I don't usually love the pillow covers in these boxes? This is one of them. I do like its inspiration, The Cruel Prince, but this isn't something I see myself using anytime soon. 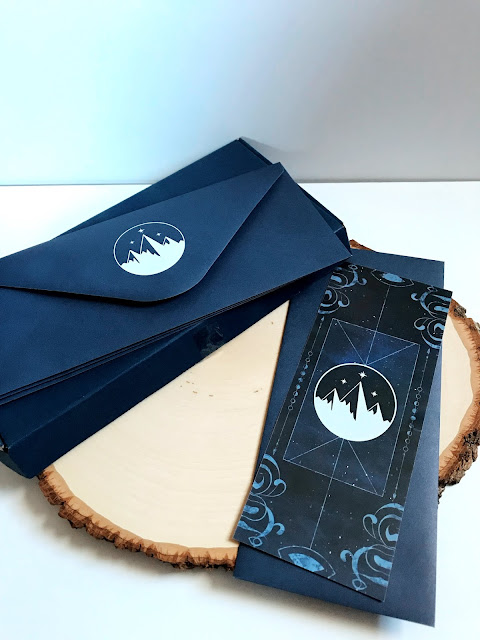 The last item in the box was this Night Court stationery set. I'm a big fan of stationery, so I was excited about this. It almost looks like a ticket rather than a post card, but I really do like the design on these. 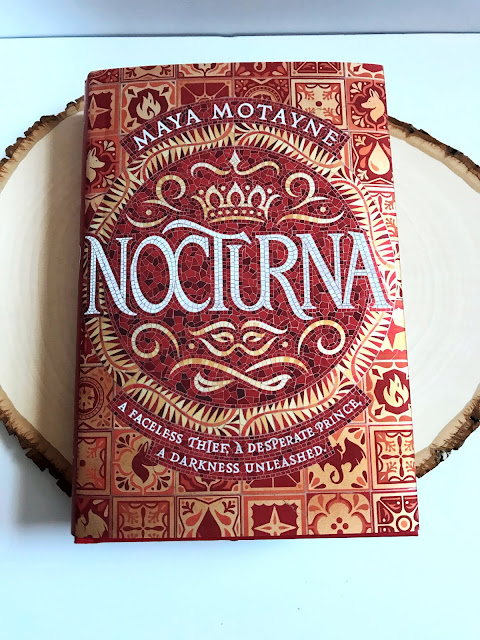 The book this month was Nocturna by Maya Motayne. Fin is a faceshifter who gets caught by a powerful mob boss who forces her to use her talent to steal a legendary treasure from the Castallan castle or be stripped of her magic forever. After the murder of his older brother, Prince Alfie is now first in line to inherit the Castallan throne. Feeling like he will never live up to his brother's legacy, Alfie will do anything to bring his brother back, including dabbling in forbidden dark magic. When Fin and Alfie's fates collide, they accidentally unleash a terrible ancient power, and must work together to contain it before it devours the world.

I haven't heard much about this story, but I'm definitely interested to see how it plays out. Also, the cover is gorgeous. Lemme know what you thought of this months box!
Posted by Heather at 9:01 AM