I'm so excited to be a part of the blog tour for Jason Allen's debut novel, The East End. Being a Long Islander, I'm always interested in stories that take place here, and this was written by a fellow Long Islander as well, so I was even more intrigued.

The East End follows Corey, a young kid from the Hamptons who gets his kicks by breaking into the neighboring mansions and playing pranks on their owners. One night, he decides to break into his employers house, but his boss, Leo Sheffield, turns up with a companion in tow. Unable to leave in fear of getting caught, Corey witnesses a horrible fatal accident by the pool and the lengths that Leo goes to in order to cover it up before the rest of his family and friends arrive. What Leo doesn't know is that Corey wasn't the only one who saw what happened, and he'll do whatever it takes for his secrets to stay hidden. I pretty much devoured this in about a day and a half because I just couldn't put it down, so I'm very happy to be able to share with you all an excerpt from the book.


"He stood still for a moment, looking between the bars of the tall iron gates crowned with spikes. Beginning tomorrow morning, and then all throughout Memorial Day weekend— just as he had the past few summers—he’d spend long days working there. Gina would be so pissed if she could see him now. She’d at least threaten to disown him if she ever found out he’d broken in, but that would be a hollow threat anyway, and he’d already convinced himself that she’d never know. The Sheffields should have paid her more to begin with, even if she didn’t have a deadbeat husband like Ray pissing her meager savings away on his court fees and gambling debts. But the memory that sealed Corey’s decision tonight had been replaying in his mind for almost a year—the dinner party last summer, when Sheila Sheffield yelled at his mom right in front of him and about ten guests, berating her for accidentally dropping a crystal chalice that she said cost more than Gina’s yearly salary. While Leo and the grown Sheffield kids looked on dumbly and didn’t bother to make a peep, Corey had followed Gina into the kitchen and stood a few feet away from her, unable to think of what to say to console her while she cried. Ever since then, he’d wanted to get back at them all.
Fuck these people, he thought.
He would rob them, and smash some windows on his way out so they wouldn’t suspect anyone who worked there. All he had to do was make sure not to leave any evidence behind, definitely no fingerprints, and he’d take the extra precaution of scaling the gates rather than punching in the code.


He wriggled his fingers into his gloves. Crickets chirped away in the shadows, his only witnesses as he looked over each shoulder and back through the bars. He let out a long breath. Then he gripped the wrought iron and started to climb."
***


Hope you all enjoyed this little sneak peak! You can find all the info on the book and author below. Definitely check it out if you're looking for a fast paced gripping read. It would also make a perfect beach read! 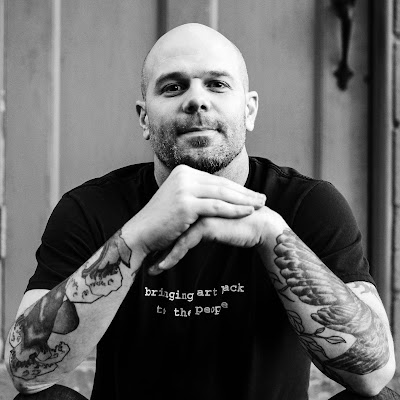